So Accurate, It Even Models Boredom and Profanity
Xbox 360 Version 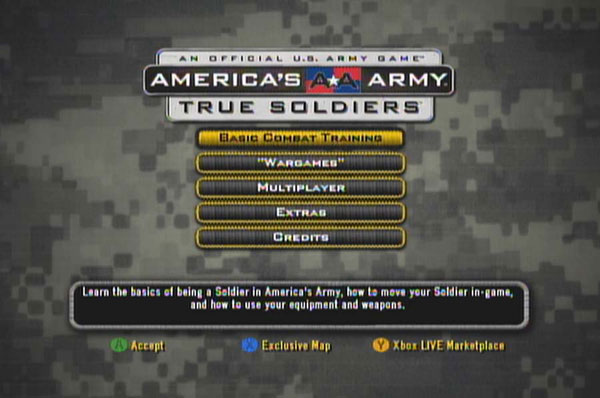 I’ve been playing the latest offering in the America’s Army franchise for the last weekend and you’ll be happy to know I’ve joined the Army, volunteered for the infantry, and called Blackwater to check and see if they’ll have an opening when I get out. Also, I think Halliburton is the savior of Western Civilization, that Vice President Cheney should be canonized, and that the Patriot Act was passed simply so President Bush could read Alec Baldwin’s emails (now there’s a really lousy civil service job).

Well, that’s what the detractors of the America’s Army franchise would like to firmly believe is going on the in hearts and minds of every poor, misguided sap that picks up a copy of this or downloads the free version off the Web. Truth be told, I doubt very seriously that even the densest of military enlistees would believe that real combat could be brought so easily to your senses by sitting on your butt in front of a game console. 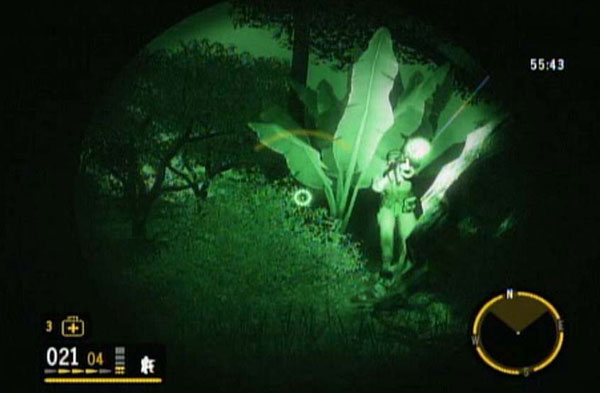 America’s Army has been around in one form or another since Independence Day of 2002. Since that time, over 20 versions have existed using the Unreal 2 Engine and to this day, it still remains in the top ten multiplayer games being used. True Soldiers, on the other hand, made the jump to a next-gen console, adopting the engine that powers the console version of Ghost Recon: Advanced Warfighter.

America’s Army has never really had a single-player component to speak of, focusing almost entirely on force-on-force multiplayer battles. Only in the last few versions have we even seen the cooperative gameplay mode introduced. Some regard the lack of a single-player element as being a shortcoming of the game. So, when a console version of the game was proposed, a single-player aspect was added, more or less to justify the fact that you were paying for a console game that could be downloaded for free on the PC. 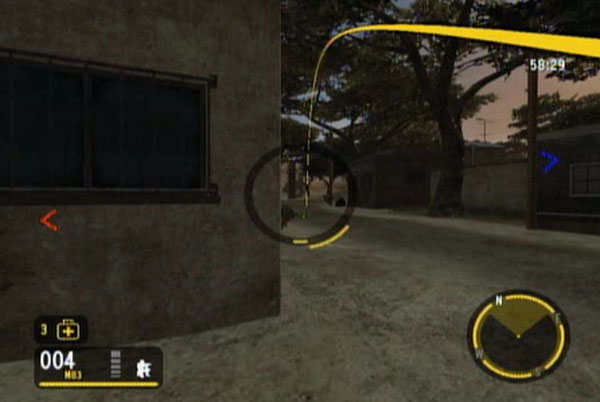 Seeing this golden opportunity, Secret Level and by proxy, the US Army, feverishly tried to break into the burgeoning console market that continues to see exponential growth. America’s Army: Rise of a Soldier made it the original Xbox in 2005, incorporating a small amount of single-player action, mostly linear missions with very little in the way of a storyline. The action and realism of the single-player component were sub-par at best, especially when compared to PC shooters.

But it shone brightly in the multiplayer arena, doggedly hanging on the ubiquitous Unreal 2 Engine, and it kept the spirit of the PC’s hardcore gameplay alive, and True Soldiers is no different. 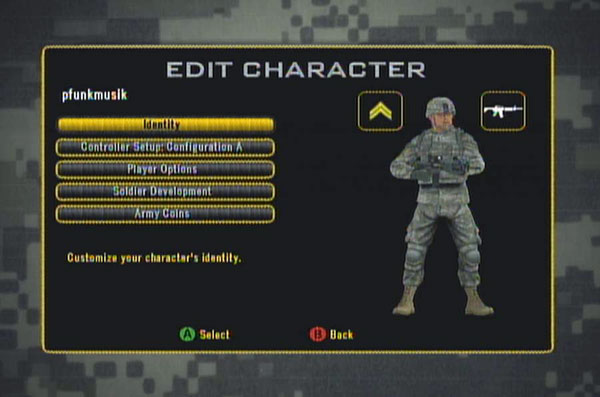 The Future Ain’t What It Used to Be
America’s Army: True Soldiers Xbox 360 Version Page 2