If I Wanted Sluggish and Unresponsive Controls, I’d Be Flying a 747 Right Now

The gameplay is standard America’s Army / CounterStrike fare. When I first tried the PC version of the America’s Army franchise, I have to be honest, I didn’t like it. Between the lag that invariably got me killed before I saw a single contact and the complete lack of organized comms, the game was almost immediately uninstalled.

If the PC version of America’s Army made me hate force-on-force multiplayer, the Xbox 360 offering and Xbox Live has made me love it. Again, though, it entirely depends upon the group you play with. Scattering across the map and going Rambo on anything you see will not reward you in this game. It will get you killed.

The concessions to realistic gameplay are numerous. First of all (and most welcome) you have no aiming reticle. Any and all weapon control, getting the metal on target, is done by iron sights. Circle strafe and bunny hop all you like. I’m still going to kill you from 200 meters away. 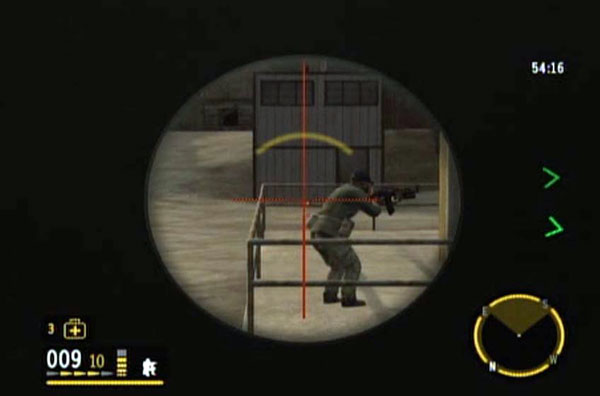 This is a game that rewards caution and foresight, not haphazard CounterStrike-esque melees. After playing for an entire weekend, the number of times I heard “suppressive fire” and “set up a defensive position here” with my squadmates (I’ll talk about them later) was innumerable. Operate as a unit (plan your work and then work your plan) and you’ll see the rewards.

Rewards also include proper play. Honor points are awarded for following orders, being effective in combat, healing teammates, and for just generally being a good human being. They are taken away when you do something stupid, like lighting up a friendly or leaving wounded team-mates behind. You also gain experience points that can be divvied up among a select group of skills. This vastly improves your combat effectiveness online and in single-player. 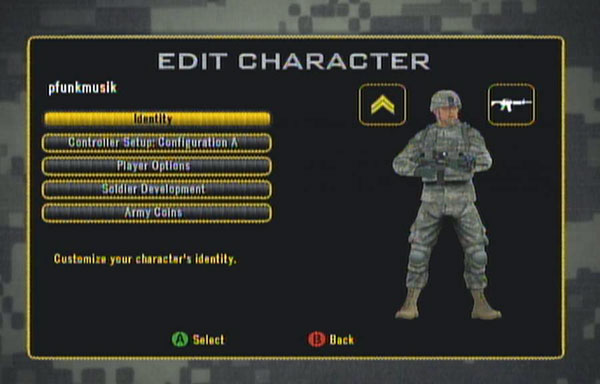 One mechanic that was actually pretty neat to see was the ability to drag a wounded teammate to safety and then administer first aid. A lot of griefers complained that “you can’t kill anybody!”  Quite the contrary, but this was the best approximation to battlefield first aid in multiplayer gaming thus far. The server can be adjusted for the time for you to “bleed out” and die, the shortest setting being 10 seconds, the longest is 45.  The 10 second setting just about insures one-shot, one kill gameplay because by the time it takes to get to someone, drag them to safety or engage the threat and then administer first aid, that player is probably already dead. 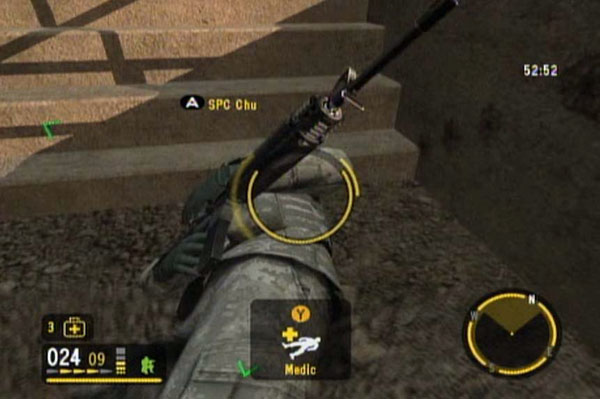 Like GRAW, the threat indicators (the red diamond in GRAW becomes a single red dot here) can be turned off in the server. This is done by enabling True Soldier mode. What that does is pretty much remove any targeting indicators (enemy or friendly) and adds the element of positive targeting identification before opening fire.

You also get no reference points for mission objectives, like the locations of weapons caches, intel you need to collect, etc. Nice touch. Bump the enemy AI up to Professional in the server options and in cooperative gameplay, you’ve got a real challenge. Maybe not as much as say, Operation: Flashpoint for the original Xbox, but it’s damned close. We’ll talk about the comms in Xbox Live in a minute. 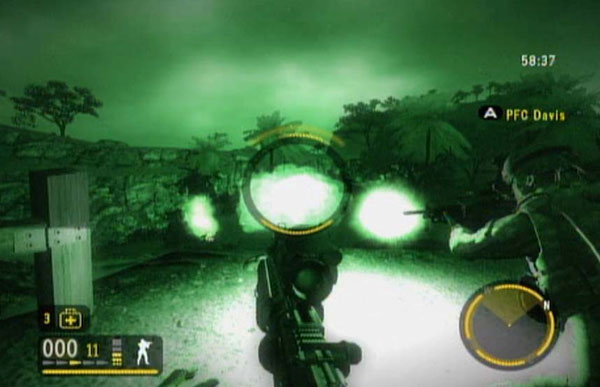