Pardon Me While I Yawp Here

Now for the bad. The control scheme on the gamepad is wrong. The rotary menu accessed by holding down the ‘B’ button (to select your weapons) is to be avoided at all costs because about 50% of the time, it caused me to select the wrong slot and either give me a grenade when my target was less than 20 feet from me or turn my night vision goggles off in pitch black darkness. Worst, if you’re the grenadier, this is the primary way you access your under slung M203 grenade launcher attachment.

Your “B” button will also act like a hot switch between the last two weapons you used if you press it quickly. Let’s hope your last weapon wasn’t the completely useless pistol. Although this models real-world combat. If the bad guys are close enough for you to use a pistol, you’ve screwed up somewhere. 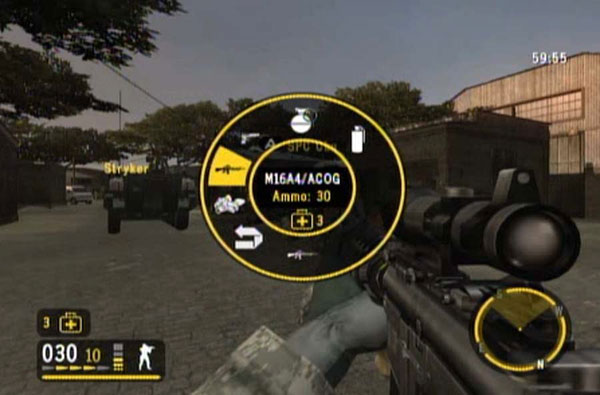 If you’re going to switch out your weapons, for the love of all that’s holy, use the D-pad. Up is your primary weapon, down’s your sidearm and left and right alternate your frag and smoke grenades. Don’t go into this expecting uber-weapons like the OICW. Right now, you’re getting exactly what the guys over in the Middle East are getting issued. This is no-frills, all business combat with ordinary, off-the-rack US military hardware.

There were also several problems with the environments and how you interact with them. An insurmountable foot-tall pile of two-by-fours, for example. Even though you are an elite member of the most professional military in the world, they may as well as be Everest for all your climbing ability. Resupply points were also a problem in multiplayer. I can count twice the number of times my controls locked up when attempting to get more ammunition. 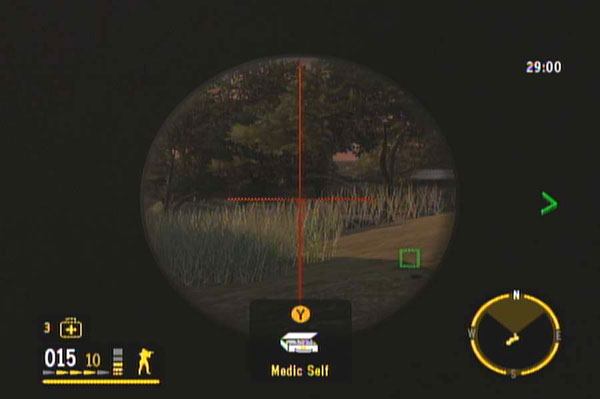 I also want to address the weakest point of the game, the “Wargames” missions and I use the term “weakest” charitably. These are a collection of eight missions, designed to teach unit discipline and serve to unlock a few goodies like red dot and ACOG sights, and the .50-cal sniper rifle.  These are a necessary evil because said goodies are almost imperative in the long-range gameplay you’ll experience online. They play out exactly like an FTX on a state-side Army installation, everyone being armed with non-lethal ammunition, the dead “assuming the position” after being struck. The OPFOR even wears the safety goggles. 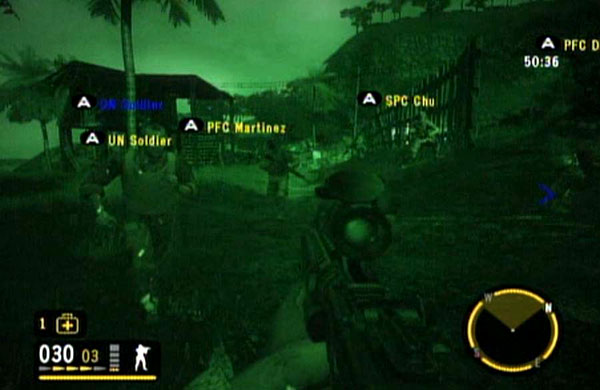 They are horribly thought out and contain two mechanics that I found to be the dumbest thing I’ve seen in a game in a long time. One of which was the distance from your squad leader. I understand needing to be within communications range with your squad leader, but the distance bordered on insane (one well-placed grenade would have smoked us all) and if I didn’t follow the instructions explicitly, my honor points would be deducted for not following orders and then eventually fail the mission, causing me to have to completely restart. 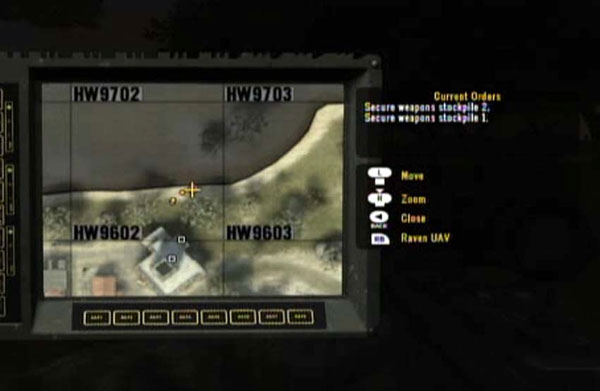 Then there were mission triggers that didn’t…well, trigger.  We knew something was supposed to happen, so your entire AI team stands there for the time to expire, essentially modeling the complete boredom that comes with an FTX. Worse, if I tried to find out why a particular trigger didn’t happen, I would be warned that I was disobeying orders for leaving my squad leader. It felt less like a real-world exercise and more like a kindergarten field trip to the museum with everyone holding hands and no one letting me climb the life-size Tyrannosaurus Rex replica skeleton.