I’ve joined my first-ever online gaming clan. I’m serious. I’m a latecomer to the multiplayer genre, but I’m an enthusiastic bastage now and you all have Xbox Live to thank. 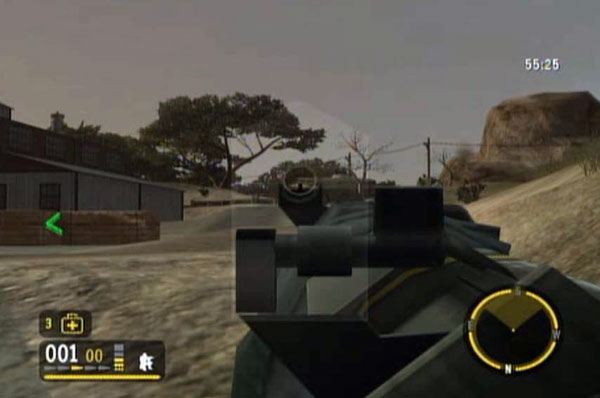 I’d like to take this opportunity to introduce you all to the members of Team Chalk 4, a dedicated group of online competitors who specialize in the America’s Army world on the console. These guys live and breathe US Army and Marine Corps fireteam tactics and their actions are pulled right out of the pages of military field manuals.

I lucked into a match with these guys and was given a unit invite. Upon joining, I realized this rowdy bunch are top shelf console gamers, with squad leaders setting rally points, squads assembling into formation and then setting off for their objective. In cooperative play, no one went bot-hunting. In force-on-force, we moved from cover-to-cover as team, setting up bounding overwatch, always on the lookout. Contacts were called out with directions and fire team members put lead on target. It was the kind of online play the game was intended for. 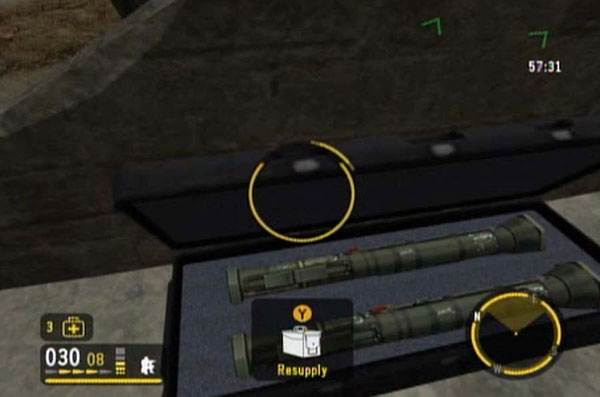 I’ve been playing this all weekend as many of you noted. Some of you thought I was trying to get all I could out of it before trading it in or throwing it up on eBay. Truth be told, for a weekend, I was a virtual soldier in a military unit and I was under the tutelage of what consider some of the most hardcore tactical guys I’ve ever found on Xbox Live. They take their gaming as seriously as those who inhabit the ArmA server here, exercising the same amount of fire and comms discipline you’d find among our own group of virtual battle-hardened grognards.

On one cooperative match, we did discover a flaw in the multiplayer code when you have a massive number of players (we had the maximum, 16 people) and there is also a large number of computer-controlled friendly AI. The servers quite simply would give up and hard restart the game, kicking everyone off. In the words of one of the players, “I think we’re overloading the crap out of it.” 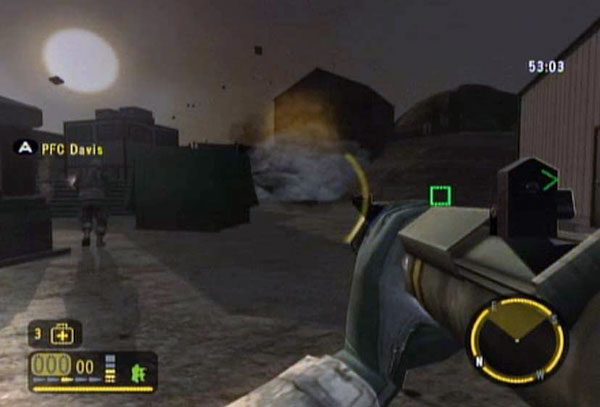 So off to force-on-force we went. On one match, three of us on a ridge got target fixated and were immediately ambushed from the rear. I mean, we ate it. After the profanity died down, it became one of the funniest moments in multiplayer gaming because our enemies, walking up to count the dead, were confused by the sound of laughter. Turns out I forgot the cardinal rule of online gaming, mute your mike if it’s not important. Apparently, they didn’t hear their squad leader’s instructions to fall back and they were all subsequent killed by an artillery strike from one of my teammates. Whoops. Sorry, fellas. All part of my evil plan.

Another rather amusing moment came in a theatric dive worthy of the Italian World Cup soccer squad. It was, as one person pointed out, “a Hollywood move”. My good friend “Ab the Shire”, in an attempt to dive to cover from a thrown grenade actually dove over it, the detonation occurring right under him. In the lobby, he immediately demanded honor tokens (they add 100 points to your honor total) from his squadmates in lieu of the Medal of Honor.

“I ate that one for you *$%#@&!!!!”, came the battle cry. Amusing situations aside, this weekend was all about the crushingly oppressive use of superior firepower. And it was good.

Thanks, guys, but no free beer. And stay out of my wine cabinet.