The first thing you should do when you boot-up Vegas 2 on your Xbox 360 is go into the “Extras” on the main menu and unlock then download two free multiplayer maps. I don’t understand why Ubisoft can’t just include these and say “Sponsored by Comcast” or whatever on the load screen. Have I mentioned before how much I dislike in-game product advertising? 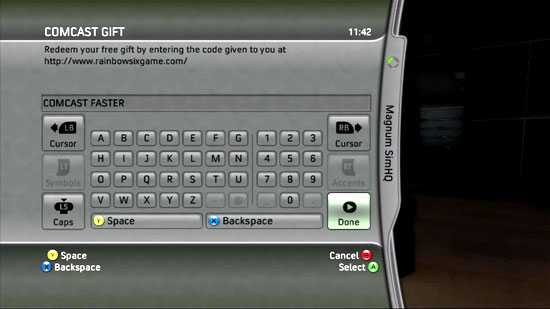 The next thing you want to do is go into “My Character” and build your game persona. You don’t have many options here, simply pick male or female, pick a face, pick a camo pattern, pick one of only a few available weapons and armor, and you’re good to go.

If you have an Xbox 360 camera accessory, you can capture and import your own face and get a 20 point “True Identity” achievement. 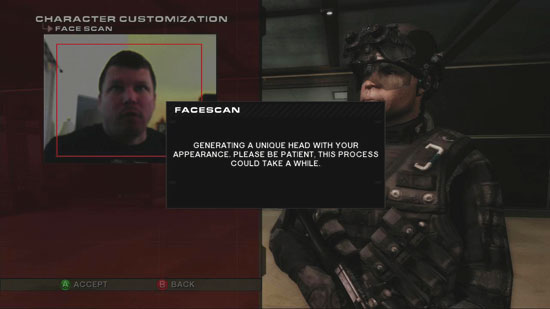 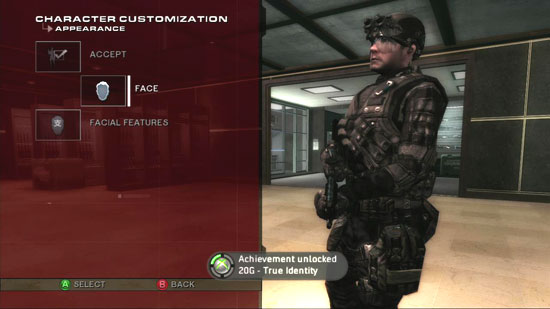 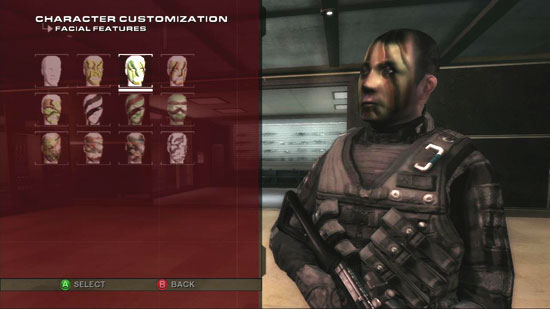 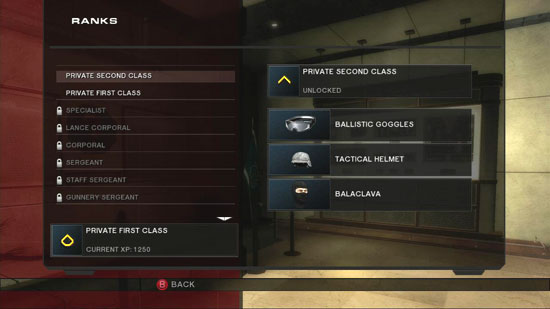