Vegas 2 has a new reward system. This includes an experience point (XP) system that rewards you for different things you do in any of the game modes, and as you move up in XP you get promoted and unlock new gear and weapons.

You also have this new A.C.E.S. System: Advance Combat Enhancement Specialization. What this does is give you points, again across all modes, for fighting different ways in Vegas 2. The 3 categories are Marksman, which you get by making headshots, shooting people at distance and people on ropes. Close Quarters, which you get for short range kills, killing blinded people, or people behind poor cover. And finally there is Assault, which you get for killing behind cover, behind shields, or a person on the defense. 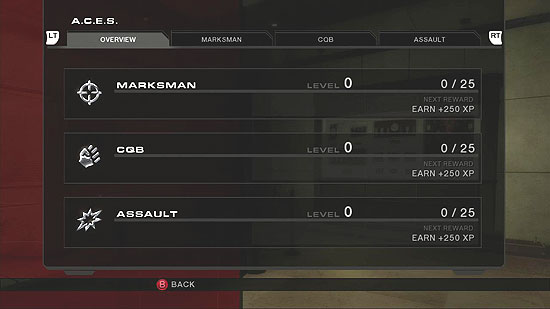 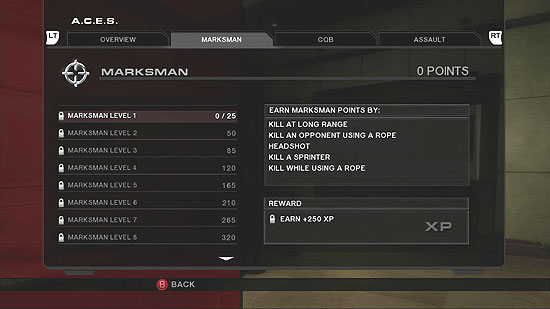 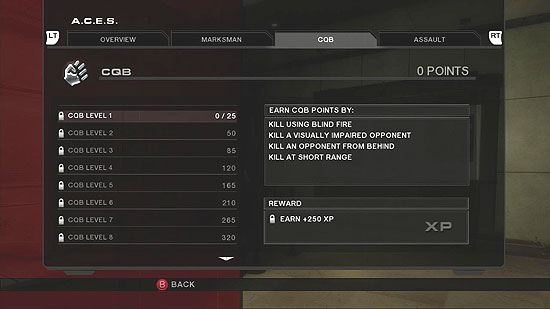 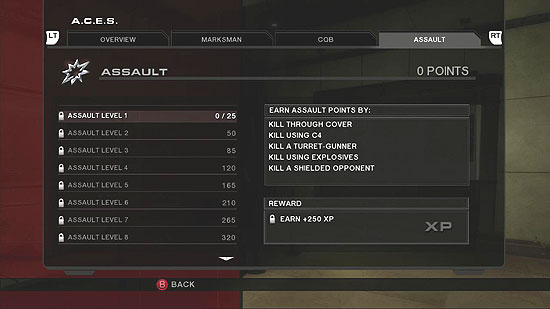 All these type of kills and points are tracked and you move up in levels for each type. Unlocking even more weapons and gear.

And of course, the Xbox 360 achievements that come with every game. There is a big list of them. You can get these by doing something simple, like importing your face in-game to getting 5 billion kills (an exaggeration of course.) As you play, as you kill, and as you win you get rank, unlock more stuff to kill more people in different calibers and different ways.

The system is well done and the cross mode thing is pure genius. At any time you can go to your character and update and change items, weapons and gear. 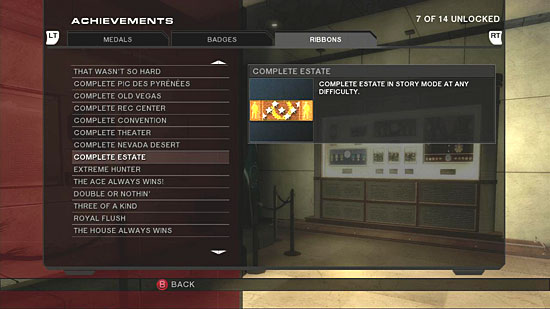