Rainbow Six Vegas 2 is a great follow-up to the first Vegas game. It adds a lot to the game play, especially the story, and the adversarial multiplayer modes. Vegas 2 brings more hardcore enemies, which adds to the thrill of victory, and a true feeling of mission accomplished.

But the graphics are still sub-par to that other, very popular, team tactical shooter. The graphics are eased for multiplayer, and aren’t as crisp or populated as other games like GRAW2 or CoD4.

If you plan on playing the single player story, then by all means get Vegas 2, because it is a good story that explains pretty much everything from the first game, and then lets you bring it to a simple conclusion. But it is a scripted story, and once played once or twice, I don’t see much future for the single player.

Now if you have a good list of friends on XBL, and love to play these tactical shooters in multiplayer, then Vegas 2 is a winner. 2 player co-op in the story mode, 4 player terrorist hunt with join in progress. And a 6 vs. 6 adversarial game mode, with a number of great sub-modes, not just death match and team death match.

One thing I can’t understand. Why did Ubisoft not release every MP map in the first Vegas with Vegas 2, including the 2 excellent black and red map packs released via XBL. I know why, because they want to sell us more map packs later for Vegas 2. But the right thing to do would have been to include them all with Vegas 2. It uses the same engine, so there is no technical reason not to. They could have made this version of Rainbow Six extra special. Why you ask? Because if you didn’t know, this year is the tenth anniversary of theRainbow Six series.

Look for a flashback article with a number of classic screens right here at SimHQ soon. Now Ubisoft, give us something for the anniversary. 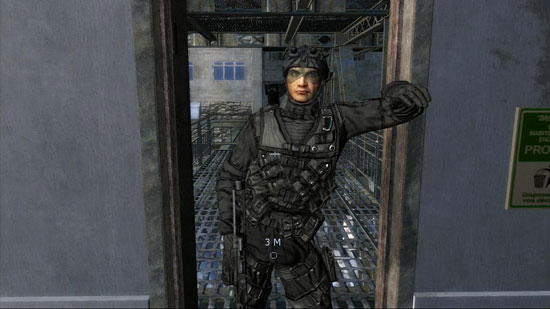