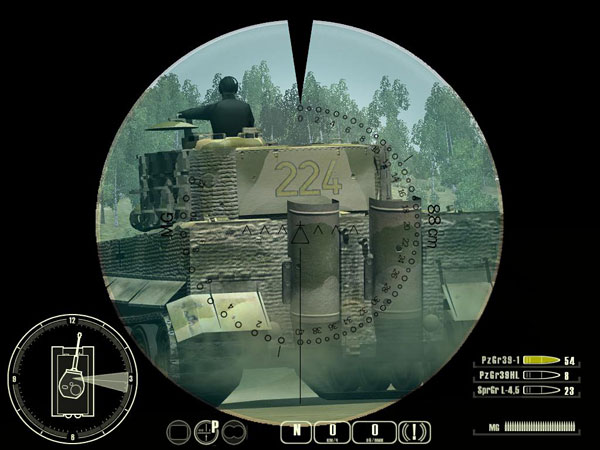 Graphics and sounds are both incredible in my opinion. You have to take the graphics for the purpose of the game. This is not meant to be Crysis quality graphics. The purpose is to simulate long distance armor engagements, and the graphic engine does this well. The trees and grass sways in the wind, shadows and reflections are modeled well. The landscape is built to be true and accurate for the time, with woods and woodlands on the borders, paths, roadways and dirt paths cut through connecting to other roads, small villages and towns. The sun bloom effects are nicely done. The hits and explosions are well done in my opinion, again based on real world type hits and explosions not some over the top fire and explosions. The only problem I have had with graphics is that some shimmering, especially on trees and tree lines exist, and can ruin the visual experience.

The tanks are well modeled. Interiors are accurately modeled, along with the exteriors based on what I have seen at museums or theHistory Channel. You have proper placement of the crew. When you fire your main gun you feel it and see it. The main gun retracts, the body lunges, and then settles. The damage model is incredible. Tracks are destroyed or damaged, threads lying in waste behind the trackless tank. The main gun can bend or fall, and of course the turret can be blown off, with after fire burning out of the main section. And I’m pretty sure that I’ve occasionally seen secondary explosions, or cook offs. 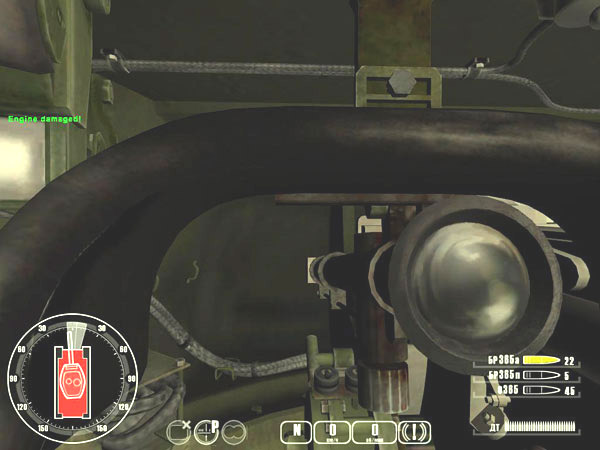 The sounds are amazing. Both the Russian language and the German language are used for the crew positions. You also get pop up text telling you what they’re saying in English. But using real languages add to the immersion, especially since I understand German (my wife is German) and it is cool to hear and understand the language. Sorry, don’t know Russian. The tank commander will call out targets, and bark orders. The loader will sound off, and the gunner will then engage.

The sounds of the tanks are incredible. You feel and hear the sounds of the huge engines roar to life, then the clank of the transmission slamming into a gear, then the lunge forward and the threads turning. You’ll feel and hear the sounds as you crush objects, knock down trees, and grind the tracks over stone. When you crash into trees or wood houses, they splinter and shred and you can hear it. The only thing louder then the roar of the beasts engines is the firing of the main guns. You’ll hear the explosion, you’ll hear the round eject, and then you’ll hear the gunner slam for a reload. There are not many environmental sounds, but when you’re driving a tank, what environment do you want to hear? Birds singing? All that matters is that when you’re in your beasts of metal, you hear what it was like for a tank driver, or gunner, or commander heard driving the same beast 60 plus years ago.

I should mention that the game is pretty stable for me, but I have had about five “Not Responding” incidences, all but one on mission load. And that multiplayer was smooth for the most part but did have what appeared to be a memory leak slow down after a couple hours of strait playing. I had to exit the game, and then come back in. Others are reporting multiplayer connection issues, but I have yet to have those problems. 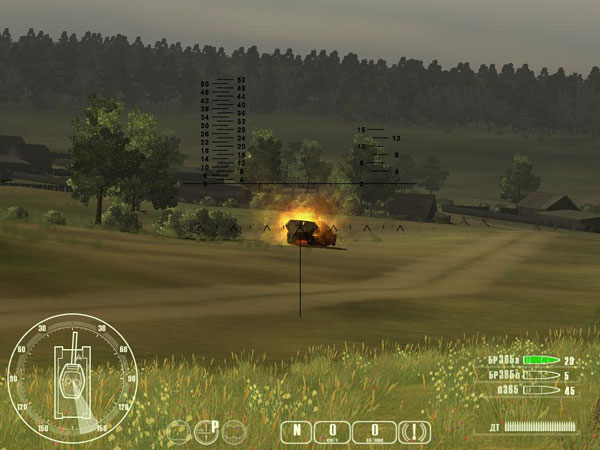