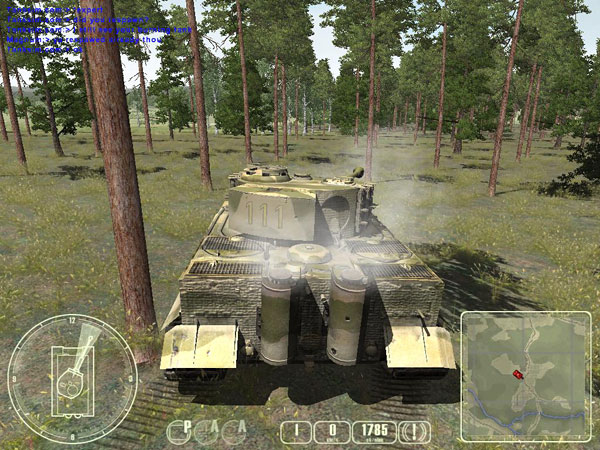 The multiplayer consists of a skirmish mode, a free for all, everyone against everyone. Kind of like a death match game with tanks. (I would have liked to have had team deathmatch also.) This is fun for a while, but really it gets just as boring and untactical as deathmatch in a first person shooter. You can play this in normal mode, where you can have external views and have your AI crew enabled, who will see and shoot at your enemy even when you really can’t, or you can go hardcore mode, which is just you and your tank against anyone and everyone else. No outside views, no AI crewmen. You must drive to a nice spot, switch to the TC position and locate targets, then jump to the gunner position and engage.

You also have the better mode, “team mode”. This is a set of missions that pit the red force against the blue force. But in team mode there are no “bots”, its all humans only. You’ll get missions like Red force defend an objective, while blue force attacks. These are the fun ones especially with a good group of players, on Teamspeak, (no in game VOIP, just a text chat) working together with some basic tactics.

I do have a problem with a few game design decisions. For example, anyone can pick either the T-34 or the Tiger, so you could have a mix of tanks on one side. Frankly I would of preferred locked sides; you’re either the Russians or the Germans. This game screams of multi-crew multiplayer, I can not understand why they could not implement at least 2 persons per tank, or preferably 3. But they didn’t. Each player gets their own tank. You can work as a team, maybe a platoon of 4 or something, but you can not multi-crew.

I also am not too pleased with the multiplayer interface. It seems so unrefined, unfamiliar. It’s suppose to support GameSpy Arcade, but I have yet to see any games listed. The only way I’ve been able to connect is by direct IP, and then when you do that you click join and wait for about 3 minutes, not knowing if it’s connecting or loading. Very old school when it comes to multiplayer interface. Then again WW2 Battle Tanks seems to be directed to us old school gamers anyway. No in game VOIP and a difficult to use multiplayer interface. And now I’m hearing reports that people can’t join others games. The multiplayer code definitely needs to be addressed and patched. 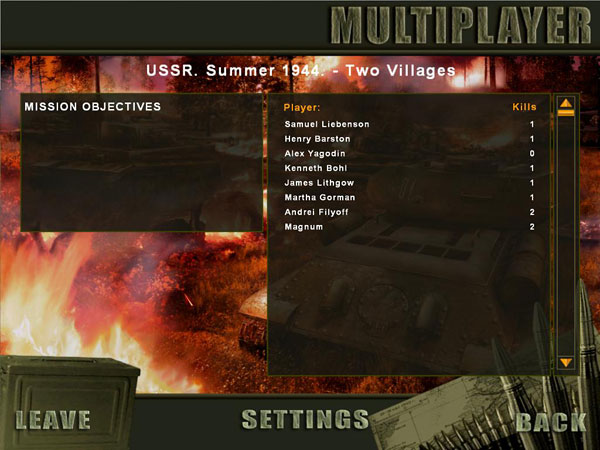 The good news is that WW2 Battle Tanks comes with a detailed mission editor, for both single player and multiplayer missions. There is no manual or “readme” for the editor, so you must already know or understand some of the basics of mission design and scripting. I opened the editor to check it out, it looks detailed enough, but I had no clue where to even start. So, it comes with a good mission editor but unfortunately due to knowledge and time restraints I can’t give you more detailed information on it. But I do suspect some of the great mission makers in the player base will be releasing some great stuff in no time, hopefully. 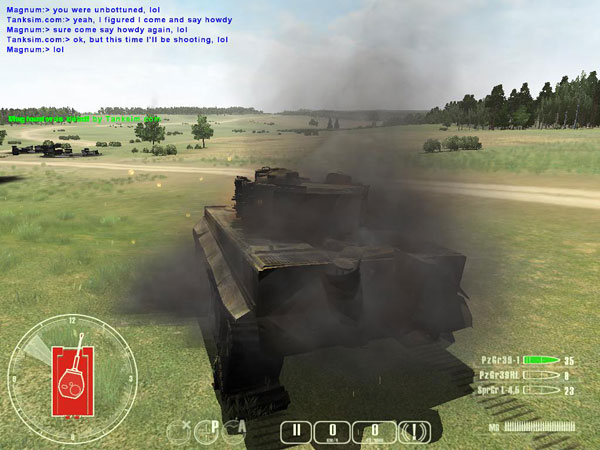