Codemasters has released Operation Flashpoint: Dragon Rising for the PC, Xbox 360, and PS3 console systems. This game is probably the second most anticipated shooter to come out this year.

I bought my PC copy via Steam, and the console version from the local store. You can also buy it via GoGamer or Direct2Drive. All versions play exactly the same. However, the graphics are better and sharper in the PC version. The PC version is of course also compatible with a mouse and keyboard, but also supports the Xbox 360 controller. The mission editor also comes with the PC version.

So, do we have a winner here, another classic in the making, or a dud?

The installation footprint for the PC version is 5.13GB. Minimum specs according to Codemasters are:

My computer is well over the minimum spec, but I have read from other players who have a minimum spec machine that they are pretty true and accurate. Even fellow gamers with older, slower machines report good, stable play.

The game comes with three levels of difficulty: normal, experienced, and hardcore.

Normal: Mostly for the new gamer or new to tactical shooters. You are assisted with in-world markers, you have the full HUD elements, and your teammates will respawn at checkpoints.

Experienced: Some of the HUD elements are hidden, there are no in world markers, fewer checkpoint saves, and your teammates will not respawn at checkpoints.

Hardcore: You have assistance, no in-world markers, no checkpoint saves mid-mission, and your team does not respawn. The HUD is hidden, but a basic HUD can be called up with a push of a button. Hardcore level is the way to go with friends because then communication becomes the key to success. Well, communications and teamwork. 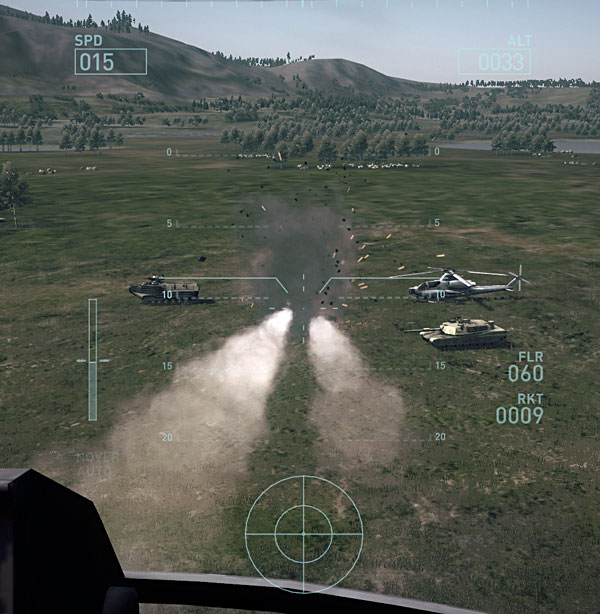 The game ships with one campaign, aptly-named Dragon Rising, that is 11 missions with about three to five objectives in each mission. There are primary objectives that you must complete, and secondary objectives that you should try to complete. Each mission takes about 45 to 75 minutes to complete. After you receive your mission briefing and your fire team layout, you get waypoint orders to your objective. You don’t have to follow them, but you should. The game is “open world”, but for gameplay reasons you have to follow your mission paths and objectives so it will fit into the mission storyline. Of course, you can make an on-the-spot decision and take a safer route, because occasionally the recommended waypoints prove to not be very tactical.

Each mission is well done, fun, and tactical. I would imagine that a 16 year old video game expert could play this game as a run and gun and succeed because of his or her fast reflexes and a six-hours-a-day video game habit, but if you play the game the way it was designed to be played, as a tactical game, you’ll appreciate the concept and enjoy it more.

You’re not alone with your missions. You’re a Marine leader in charge of your team of four, but you’re also just one team of a larger force and other fire teams and support vehicles actually do help you out and are involved in the missions. The other teams actually do a reasonably good job. I would imagine this is because their part is scripted by the mission maker, but it works. For example, on the third mission, United We Stand, you’re part of a larger amphibious landing force on the island. Cobra gunships are firing above you; AAVP7A1 AMTRAK’s are landing and engaging targets. A number of fire teams, squads, and platoons are landing and you have to make your way to the assigned targets in your zone. Once cleared, command elements start assigning your fire team new tasks, with others supporting you, or doing their own thing nearby. 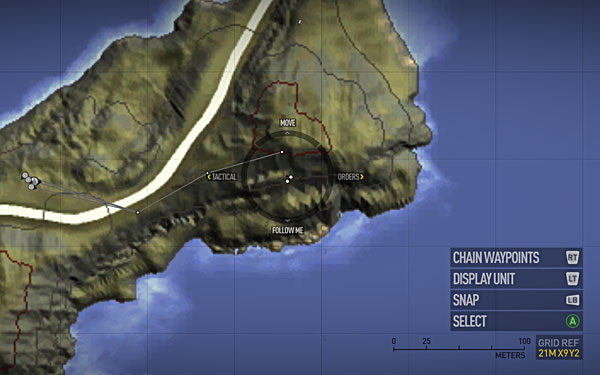 The campaign is well done and includes a lot of action. Sure, it may not be the most realistic scenario, but it is tactical and fun. My fire team of four against 30 to 50 bad guys is a little extreme, but it keeps the action going.

After you complete the campaign, each mission is unlocked for you to play over and over.

Besides the campaign missions you unlock as you complete them, there are 6-codes on the OFP:DR Internet site for you to unlock single missions that are a lot shorter, fun, and different. Each of those missions, just like the campaign missions, can be played with AI in single player, or in co-op mode. Each mission only takes about 15 to 30 minutes. Great – boot-up, get-in, and play missions.

But for the original console release, that’s it. That’s 17 good, enjoyable missions, but already getting stale for avid players. Codemasters has promised DLC (downloadable content) for us console owners. If they don’t keep that promise, then this console game will be dead in the water in fewer than ninety days. What I really would like to see from Codemasters for console versions is either a simple mission editor, or at the very least, a quick mission building tool.

On the other hand, the PC version comes with a mission editor. The editor is pretty good, but it’s probably a little more advanced than it should be for the average gamer. Of course, most gamers won’t bother with the editor. That’s saved for a special breed of gamer (unlike me) who I appreciate and thank very much for providing the rest of us the great missions. Now get working, people! As missions are created, they will show up in your editor mission list. 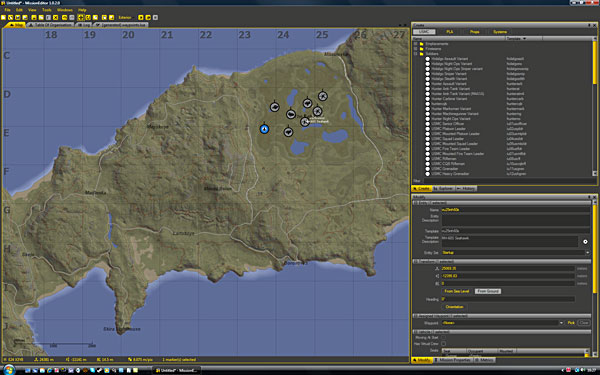 The graphics are good, but not the best out there. The island itself is huge and looks beautiful from a distance. But get up close to an object and you’ll see some questionable textures (possibly to keep the game running at a reasonable level?). The colors are a little bland but functional and have a realistic military documentary feel in appearance.

The vehicles are well done, but not simulation quality. Character animations are good, with real world reload speeds and actions, but the characters themselves (again, close-up) show their weaknesses. Overall the graphics do their job, and do them well. OFP:DR models an entire island with a big conflict in progress, so I think compromises were made to cover the vastness. Fire, smoke, and explosions are all very well done. Calling in artillery or an air strike is a sight to behold. 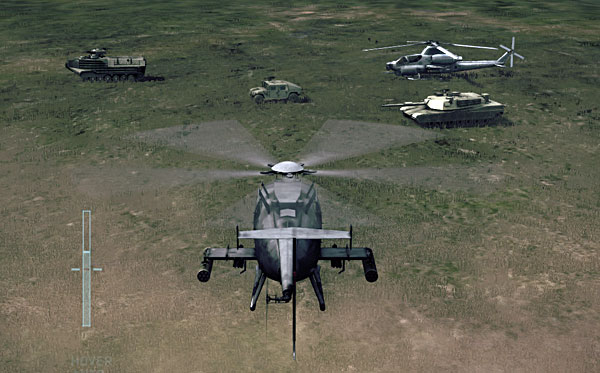 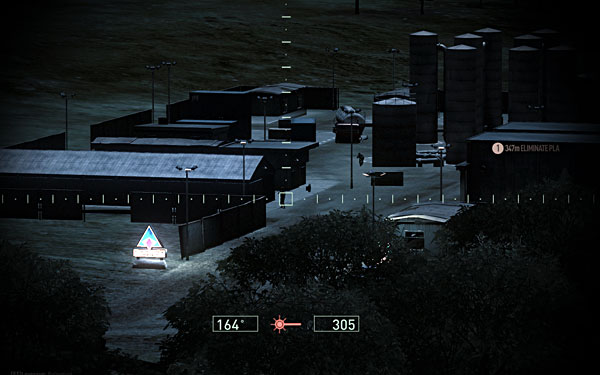 The sounds in this game are some of the best I’ve ever heard. Each weapon sounds unique and real based on my past military experience around different types of armament. The sounds of the vehicles and explosions seem realistic; they are powerful, but not over-powering. The soundtrack and music are incredible. I’ve loved the sound track of the promotional videos released prior to the game release, and I’m glad to hear the same quality of sounds and music in-game.