“I was a fan of Tom Clancy’s writings before he ever created Red Storm Entertainment and its first PC games. I don’t know how many times I have read ‘Red Storm Rising’, and I still have every one of Tom Clancy’s books in my bookcase.

I remember when Rainbow Six came out, I wasn’t really into first person shooters, at that time I was actually heavy into Janes Combat Simulations, but if Tom Clancy had a hand in it, I had to have it. I remember picking it up, installing and booting it up. Then I remember the planning phase which was quite difficult to me at the time. I also remember dying a lot and re-starting single player missions a lot.

I remember being scared dipping into the multiplayer aspect of the game, but I had to try. Back then it was Microsoft’s “The Zone” as the game match making service. I joined in and saw a ‘sapper’ in a room by himself. I joined in and we played a few games, fantastic stuff. We ended up talking (via in game text chat) about games and the military. He was (and still is) in the Army, and so was I. He invited me to his web site, a newly formed gaming group of only current and ex-military personal. I was the 3rd or 4th member of the Military Gaming Group (MGG). The rest is history, 10 years later we still play Tom Clancy games, and the Military Gaming Group still exist with a membership of around 20.

That was my first taste, and what has spawned into over ten years of squad tactical shooters. Now, well over 500 screenshots (and I still have them all), and about 5 GB’s of video footage all of Rainbow Six game play action, we are still going strong. The game has changed from less tactical to more action, but MGG has not, well maybe older and fatter, but that’s about it.” 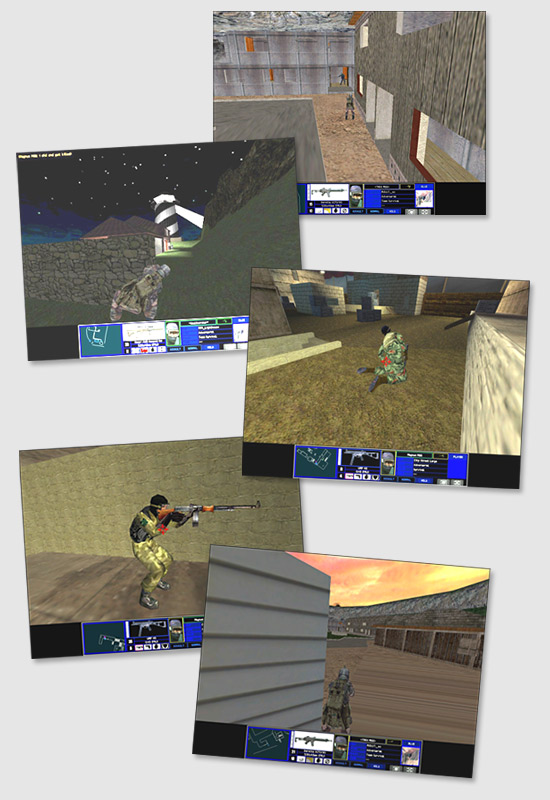 Goodness how the graphics has changed since 1998!