“I’d like to say that the entire operation went off as planned and we acted as a well oiled machine.

Truth is, not everything in the plan worked. Taking out the enemy supply lines wasn’t nearly as easy or useful as I had hoped so we focused our attention on capturing towns.

As the General, I made myself scarce throughout the battle. I never stayed in one place for more than five minutes. After a town was taken, I was there, building barracks and light factories, in addition to a couple of anti-air sites.

Early on I setup a forward fire base in Cayo, hoping that its visibility would catch the enemy’s attention and that they’d think it was our main base. It was a good thing that we got Nixer up in the KA-50, because once Adlabs made a fly over, the attack was on.

Most of the human-on-human battle took place in the air, and the Black Shark (KA-50) just dominated. Once I got Dec back from providing Intel on Magnum’s base and his operations, we had two KA-50s in the air, and that seemed to tilt the advantage in our favor.

It’s funny to hear that our artillery caused so much damage. We have Dec to thank for that, he was a good spotter and the artillery was dead on. I had no more than about four batteries spread out over our entire theatre of operations, so it wasn’t like we focused a lot of time and money on it. 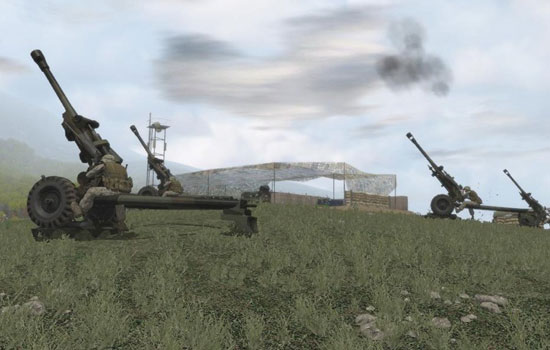 After hearing the chatter in the post-game round up, I realized how dangerous it was for me to be moving that HQ all over the place. I think it’s a double-edged sword. If Brennus had been carrying a Javelin or M136, the game might have gone in a very different direction, early on.

There wasn’t as much infantry-on-infantry or armor-on-armor combat as I had hoped for. The game seemed to be focused on who could kill the other person’s HQ first, rather than a battle drawn out along an axis of advance.

Either way, the basic plan of having a human in a supply truck, fast traveling to towns and delivering supplies worked very well. Thanks to Qutlass and the guys for perfecting that little technique. In fact, thanks to everyone on my team for such excellent teamwork. 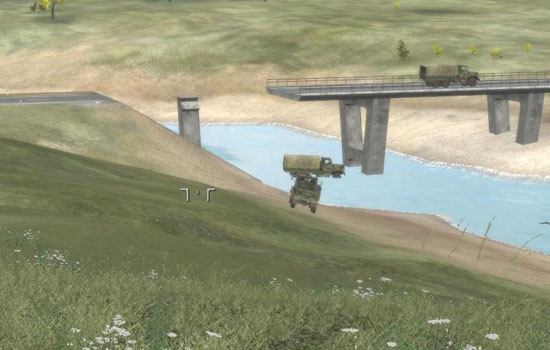 Once we achieved air superiority with the KA-50s, Nixer and Dec proceeded to harass the enemy base. They got very lucky when Magnum packed up his base to move it after a well placed artillery strike. Dec popped a missile right into the HQ and the game was over.“