Magnum: What are the multiplayer components? Cooperative, force on force, or squad based?

John: Cooperative, force on force, player vs. player and a few unique ones we don’t wish to discuss at this time.

Magnum: How will Sky Gods get distributed with the PC? Is this game being developed for console games also? If so, will they be full pledged games, or downloaded games i.e.: Xbox Live or the PS3 store.

John: At this point in time, for both the PC and console, we are self publishing. For distribution on the PC we are looking into using a service such as Valve’s Steam or Stardock’s Impulse and are currently evaluating both. For the consoles we are only targeting the PS3 at this time and it would be available via the Playstation Network store. There is no Xbox 360 version planned due to limitations of Xbox Live both technically (size of game) and in the fact we are self-publishing, which restricts us to a Live only release.

We are also planning on offering a pre-sell of the game that will include a hard copy install DVD and a few other nice items as well as the ability to participate in a closed Beta period to see the game evolve and to give actually meaningful feedback along the way. This isn’t just a kind gesture done a few weeks before shipping, but will be available many months before the projected release date, so there will be the chance to not only see and enjoy the game early, but to actually participate in making sure it’s the best it can be.

Magnum: How many missions, day, night or both, different weather?

John: The current design calls for 8 missions and 4 dedicated MP maps. The 8 mission maps will all be unique and most will be playable in MP as well. We are also planning on making each map day and night so you can choose when you want to fight. We will have the usual weather effects like rain and wind. And yes, the wind will affect you when parachuting! 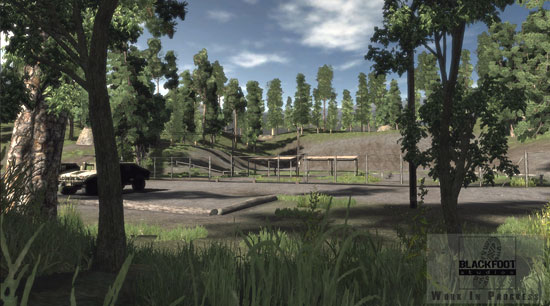 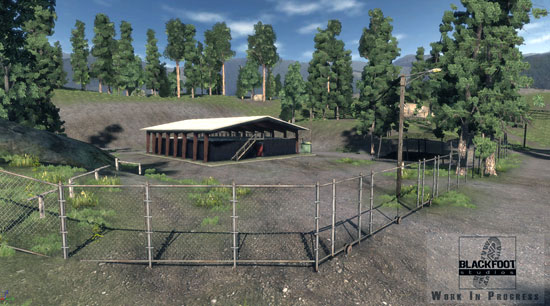 John: Pretty standard SOF style choices here. We are not going for the exotic or “gadgety” types of weapons or gear. Others do that very well. We are focusing on making each available weapon unique and true to its real life counterpart. There will be pros and cons to using each weapon in the game and we do not artificially “balance” them just to justify their existence.

Since we will have FULL modding capabilities for the game, anything can be added from outside resources if desired. I’m sure one of the first mods will be a “every weapon” mod!

Magnum: Are the weapons properly modeled with extra attachments, real ballistics, iron sights, scopes, or both?

John: Yes to all. The only obvious ballistics attribute we won’t be modeling is windage. Drop, distance and velocity will all be modeled as will material and surface penetration.

We will have fully customizable weapons that the player will be able to choose optics and numerous other attachments. Each choice has tradeoffs like weight, encumbrance and overall usability. Everything you choose and do has a direct consequence in the game.

Magnum: Would this game be considered a first person shooter or a third person shooter? Will the full model be visible, including the weapon in hand?

John: First Person only…. There will be no Third Person option. This was a choice at the very beginning. 3P games are great and I love playing them, but for us, a true tactical and immersive experience comes from using First Person. It can certainly be argued that 3P gives you more immersion by way of increased peripheral vision, but overall, 1P is the way to go for us.

We will also be showing full body awareness in 1P and not just your arms/weapon cocked off to the side. You will have the ability to “freelook” so you can move your head independently from your weapon if desired. It’s a simple act of holding your middle mouse button and moving your mouse. You can look all over just as your head would in real life, while still keeping your weapon down range and on target… or in what ever posture it happens to be in.

Magnum: What type of environment will we run into, desert, woodland, jungles?

John: Environments will include Urban, jungle, Forest and Ocean.

Magnum: Will the missions have a planning phase, then move through the whole series of insertion, mission operation, then extraction?

John: Since there is no friendly squad AI in Sky Gods there is no pre-mission planning or in game orders to give. However, we would like to give players in co-op mission a way to review intel and formulate their plan of attack are looking into ways to accomplish this effectively. 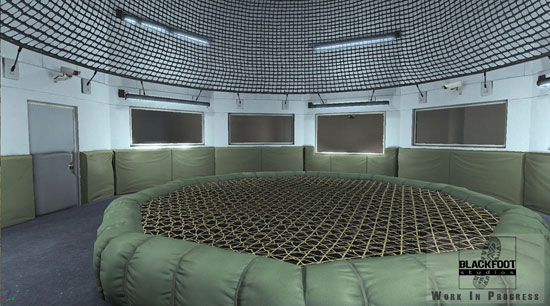 Magnum: Will the game support in game VOIP, or any other type of comms among players?

John: This is something we are investigating. Unreal Engine 3 includes a VOIP solution that requires separate licensing and a couple of the matchmaking services we are looking at include a VOIP module as well, so we have options. At the end of the day, we must weigh the cost of using those, both in terms of programming and actual dollars spent, against the various 3rd party offerings out there.

There will be VOIP used in the game for sure, we just are not sure if we will put it in or rely on players to use a 3rd party.

Magnum: When do you expect a release? Hard copies through stores or strictly download only?

John: As mentioned previously, we intend to go mainly digital download with a pre-order being available that gives you a DVD hard copy shipped to you from us. We do not have an official release date at this time, but we would like to be available Spring 2009 and start offering the pre-order program near the end of this year (2008).

Magnum: What will the system specs be? Direct X 10 support, or dual/quad cores? What is the engine used for the game?

John: I certainly don’t want to nail down any system specs at this point, but we are shooting for a typical system for the shipping time frame. We will have lots of options to tweak for best performance and should run fine on a GForce 6800 class GPU, 1gb ram and 3ghz CPU. Of course the more the better, but using Unreal Tournament 3 as a guideline is good for a comparison.

We will support DirectX 10 out of the box, but are not including any specific DX 10 features, just optimizations inherent in the engine. Dual and Quad cores are fully supported.

As mentioned already, we are using Epic Game’s Unreal Engine 3 and for those techies out there, we should be at parity with the shipping Gears of War 2 version of the engine. We plan to freeze engine updates once GOW2 is final and the code is released back to licensees.

Magnum: How, or is, this game tied in with the upcoming Ground branch?

John: Well, again, it isn’t really tied into Ground Branch the game other than being built on the same design and mechanics foundation that we plan to use on all of our games. For those looking forward to Ground Branch, Sky Gods gives everyone a great insight into how GB will play while giving us an unprecedented opportunity to fine tune those mechanics with a full game release in Sky Gods. The overall system should be airtight and more than proven by the time Ground Branch rolls out.

I don’t mean in a buggy/fix it sense, but more along the lines of perfecting working systems and adding in features that we otherwise wouldn’t have been able to due to us spending that time on doing them for the first go around. This way, you will get “The BlackFoot Studios Way” 2.0 for Ground Branch!