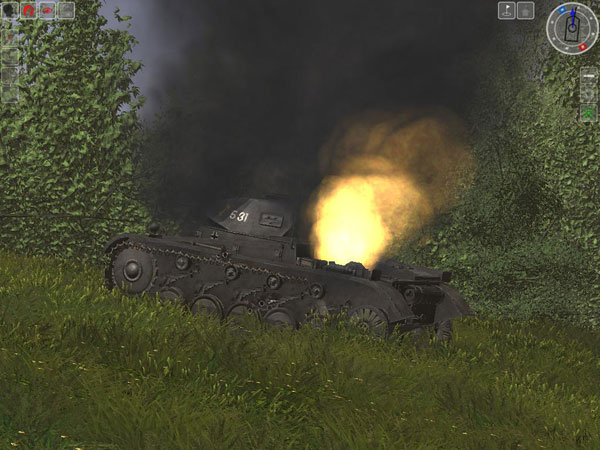 Gameplay is great, incredible, and based on realism over action. The game comes with three well done tutorials. Text pops up to instruct you on what to do and what keys to hit. A voice over would have been appreciated though, the text goes fast if you’re not paying attention. The first tutorial is as the driver, game choice of manual or auto; you can’t just hit the up arrow key and drive. You have to sound the start up warning, start the engine, and use your gears and then move. The movements are all based on real WW2 information, speed and procedure. I realized playing this game compared to games/simulations like Steel Beasts that we are spoiled when it comes to speed in our tanks. Many times I’m yelling at the computer screen to hurry up, my tank is going so slow while artillery drops on me, or an enemy has me in an ambush. Get to a steep hill, drop to first gear and it will take a long time to get up that hill, if you do at all. A couple of times I just didn’t have the power and had to put it in neutral and roll back down, and find another direction. 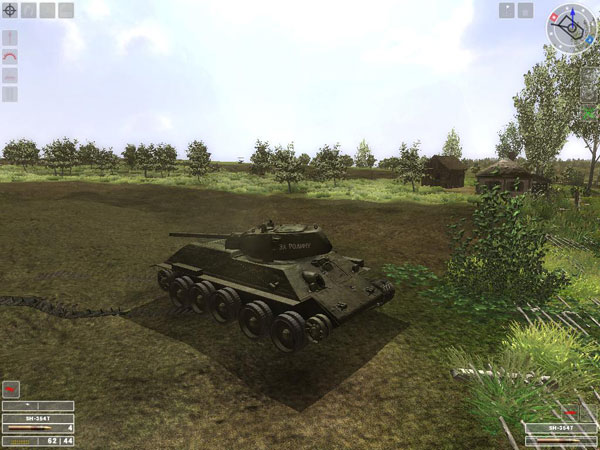 Then there’s the gunnery tutorial. This is very hard, and probably realistic for the era. Five different types of rounds, you have to pick the round and then order your loader to load it. The sights are very realistic and the ballistics seem to be spot on from this uneducated gamers view. Front hits on enemy tanks usually deflect off; tracks or sides are usually good hits. There’s no computer for auto-lead, you do it the WW2 way, and you lead moving targets. Most of the time I miss, unless extremely close or stopped. Firing on the move is nearly impossible; heck the gun sight is jumping all over the place, you’ll be lucky to see targets. You can hit a key to order your driver to stop momentary while you take one shot, then he begins moving again on his own. Like I said incredible stuff, with lots of realism, of course the downside of realism is a hard game. (I’ve only won 1 mission out of about 25 I’ve played.) 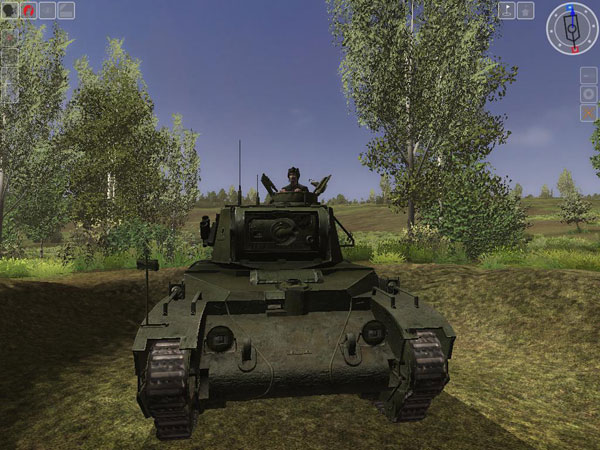