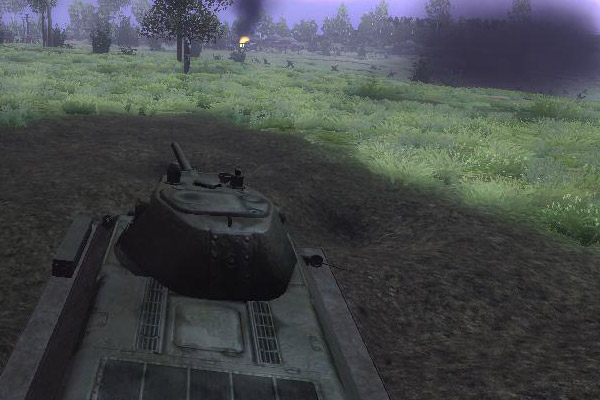 The opening paragraph of the manual describes it best:

“Steel Fury: Kharkov 1942 is based on real-life events that took place from May 12 to 28, 1942, which engaged the Red Army in the fight of their lives. During a vicious German counterattack that began on May 17, 1942, three Soviet Armies were surrounded and were forced to fighting in what has become known as the ‘meat grinder’. Through the monstrous roar of tanks and military vehicles, and the blaring sounds of war, players will experience bitterness at the loss of their comrades during battle and elation when they are victorious.” 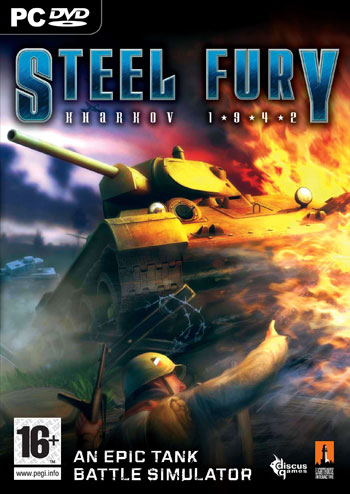 The package comes with one DVD, and a small game manual that isn’t great, but gets you started. Once installed, there appears to be no form of copyright protection, unless it was hidden from me on install. The installed file footprint is just over 2 GB of hard drive space.

In the document folder of the install, you get a better written manual, a four page word document with all of the commands, a manual for the included editor, and a nice little WW2 encyclopedia document. I’d said the game is well documented for today’s standard, but not study sim quality.

Tanks and Other Vehicles

Steel Fury models a number of German and Russian tanks from the 1942 time period. In each of these tanks you can play as the driver, the gunner, the loader, or the tank commander. If they have all those positions, some positions were shared. The playable tanks are the T-34/76 model circa 1941, the Mk.II “Matilda” III, and the Pz. IV Ausf. F2. You can play the game in either inside 1st person view, or outside 3rd person view of the tank.

Some of the other vehicles controlled by the AI, but can be ordered by you if they are attached to your command, are the T-34/85, T-34/76, Tiger, Sk.Kfz.251, M3A1,ZIS-5, Opel Blitz, ZIS-3, Pak. 40, IL-2, FW-190. You’ll notice that some of those “vehicles” are AT (anti-tank) guns, support vehicles, and two support planes. You’ll also have infantry support either assisting in the battle or attached for control via the map.