The game comes with three very detailed tutorial missions. They cover the driver position, the gunner position, and the tank commander position. They are text displayed tutorials that pop up and tell you what keys to hit and what to do. But they disappear too fast, and if you missed something you’ll be sitting there till you figure out what to do. I wish there could have been a voice overlay or at least the ability to bring up the tutorial text history. Also, the three tutorials are good and cover everything you need to know but are way too long. I did each one for over an hour and never finished any of them. For example, the driving tutorial tells you how to start the engine, (don’t forget to sound the start up warning horn), move through the gears, accelerate, and so on and so on, But then you have to spend over an hour driving on a paved road, a dirt road, a river bed, a bridge, AT obstacles (which is extremely slow), and a mine field, (aren’t we suppose to go around those anyway?) The tutorial missions are way too long. Once we’ve got the basics down put us in the war for some trial and error combat. 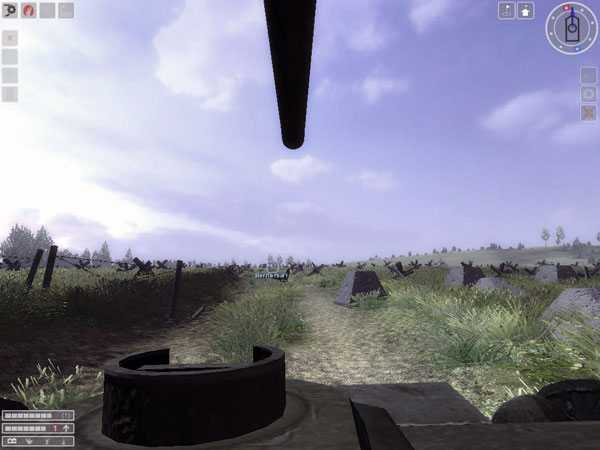 The game ships with a group of six single missions, with different tanks, different objectives, and different time of day and different weather. It’s a good start and the missions are well made with good briefings, battle maps, and objectives. I’ve played each mission at least five times and each time it is slightly different. One time you’ll start in a far defensive position, the next time you play that same mission you may be up front nearest the battle. Very well done. The missions are basically always the same, either go from point A to point B to point C killing the enemy as you go, or defending a section of land. You do have options to flank and maneuver but not like a completely open battlefield because usually you’re part of a larger attack force and the other AI units not under your command are already moving to the objective. They won’t stop and wait for you to go around the enemies back side for a sneak attack. Hey it works, the missions are good, fun and somewhat, what I believe to be realistic just on a smaller scale then the real world battles. You have artillery support and air support but nothing that you control, the Mission Maker has already programmed them in. 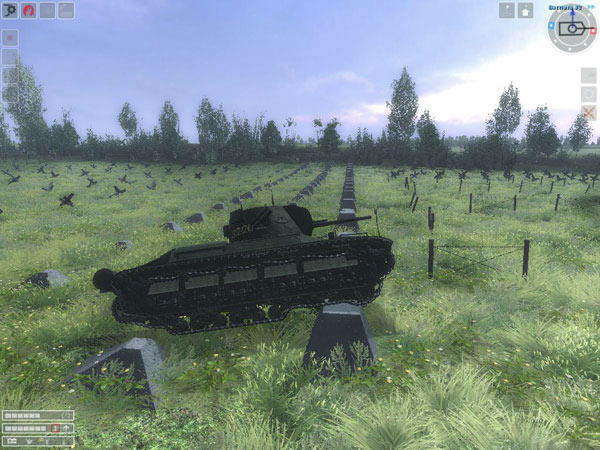