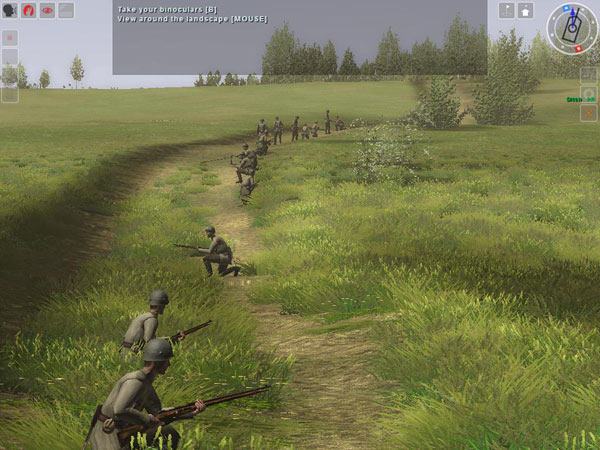 The problem with Steel Fury and pretty much in most computer games (still!) is Artificial Intelligence (AI). A problem mainly how they act and react and their path finding skills within the scope of the battle.

The AI is scripted well, but not perfect. AI vehicles will frequently cross in front of you or turn their weak side to the enemy. Your AI driver seems to drive like he’s impaired, or maybe he is dodging some bullets, instead of going through a nice open area between two tree lines, the AI driver seems to like to go through the trees, slowing you down and causing unnecessary virtual damage. The AI gunner is good — too good — and able to see targets through tall grass and engage at range. They can miss, but not often. As the tank commander you can order your gunner to adjust fire. The AI TC (tank commander) likes to live on the edge, almost always staying out of turret, and standing up to the enemy fire in defiance. He should button up and close all hatches during combat.

The scope of battle is not “epic” as the promotional tag states. It does a great job modeling battles that occurred, but the most you will see in one mission is a platoon size force of armor with support units. It gets the job done, but not “epic” like I’ve seen in WW2 footage where hundreds of tanks and maybe thousands of support troops were involved in these battles. Of course, I understand that maybe our personal computers can’t model larger battles?

Also, there seems to be a few localization bugs that occurred when the game was translated or whatever they do to English for a Western release. The PzIV tanks gunner sight is missing the overlay and something about a bug where if you hit the T key your track gets damaged. The problem is that by default the “T” key is mapped to moving the periscope view in the Matilda and T34 and so if you press it to move the periscope view you will also damage your track. The solution to this bug is to map the periscope movement to another key and not to press the “T” key. There are a few other minor bugs, but those are the two current significant bugs that need to be addressed and fixed. 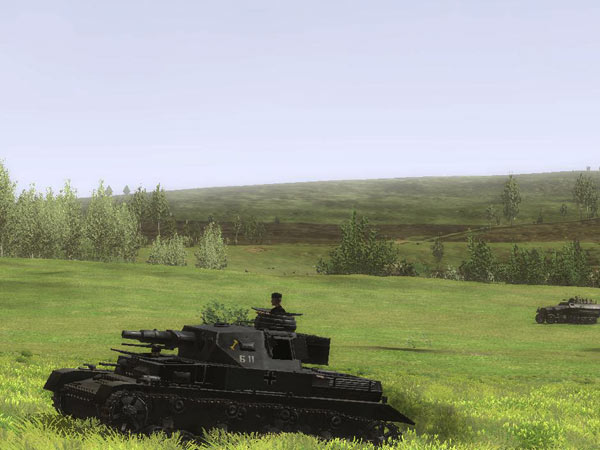