Steel Fury may not be the “epic” simulation it’s advertised as being, but it is a damn good game, and very much worth 40 USD dollars.

Steel Fury is the best WW2 tank simulation/game to date. Yes, I said that about a month ago regarding WW2 Battle Tanks, and it was at the time… until Steel Fury arrived.

The weaknesses of the game seem to be common with most computer games, AI, path finding, and small scale conflicts compared to the large scale real world battles that actually took place. In a typical Steel Fury mission you’ll have maybe 4 tanks, and infantry support for a battle. But according to the History Channel, movies, and books, the battles were much larger with hundreds of tanks, and maybe thousands of infantry support. But what PC would you need to model a battle that simulated “epic”?

Steel Fury is the best WW2 armor simulation on the market to date and the minor problems won’t interfere with your gaming — unless you know exactly how each type of round (there are five of them modeled) should do what type of damage at what distance, to what angle of enemy armor it penetrates. If that’s the case, you might be better off learning to develop your own game because you’re never going to be happy.

If you like tank games, armor simulations, WW2 land battles, then do yourself a favor and buy this game. You can make it as easy as you want with a bunch of cheats and settings in the option menus, or a realistic simulation. Just be careful — full simulation mode will have you sitting for an hour while your tank crew repairs a thrown track. 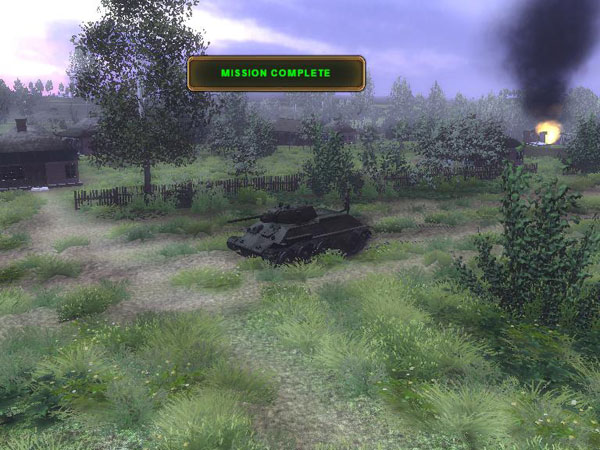