So why no review of either Medal of Honor or Call of Duty: Black Ops at SimHQ? Well after a combined total of a baker’s dozen types of these action shooter games, most if not all gamers already know if they will like or want either game. You don’t need me to tell you that fact.

So what I decided to do for this review article is, compare the two games and tell you what I like and don’t like in each of them. Hopefully that will help the gamer who can’t afford $120 USD for two games (!) but can swallow the price tag of $60 USD for one or the other.

I bought both Medal of Honor and Call of Duty: Black Ops for PC (via Steam) and the Xbox 360. I played the single player of both games on the PC and the 360, but tested the multiplayer on the PC versions, spending most of my multiplayer time on the 360 to keep my stats high and the ease of use of multiplayer, friends list, and in game comms. 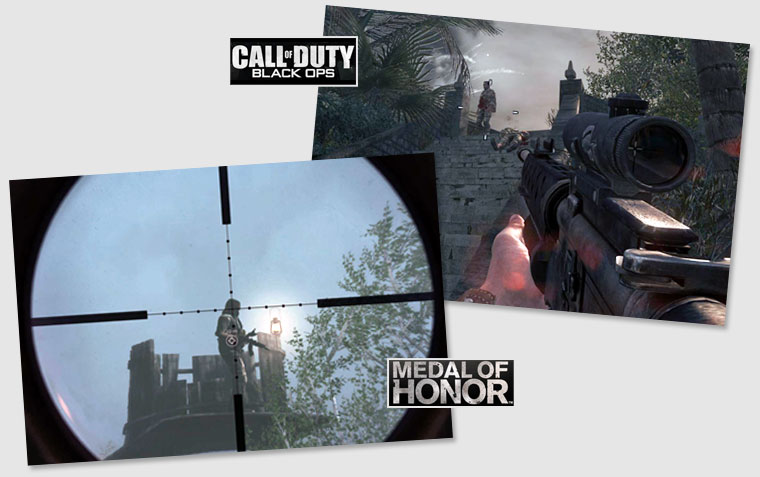 Medal of Honor’s single player campaign is based on true stories from Tier 1 operatives on the front line of Afghanistan just before and after the war on terrorism starts. The story is very well done, and blends well together. You start as a Special Operative called Tier 1 just before the start of the war finding information, intelligence, and allies. You follow a group of Spec Ops as they move from location to location on foot, by 4 wheelers, and by helicopters. You also jump into the boots of a US Army Ranger deployed in the early days of the war without proper intelligence for the missions ahead. You’ll also jump into the cockpit of an Apache gunship, and a few other surprises. The story blends well together because you’ll start as one person and move to a new role easily. 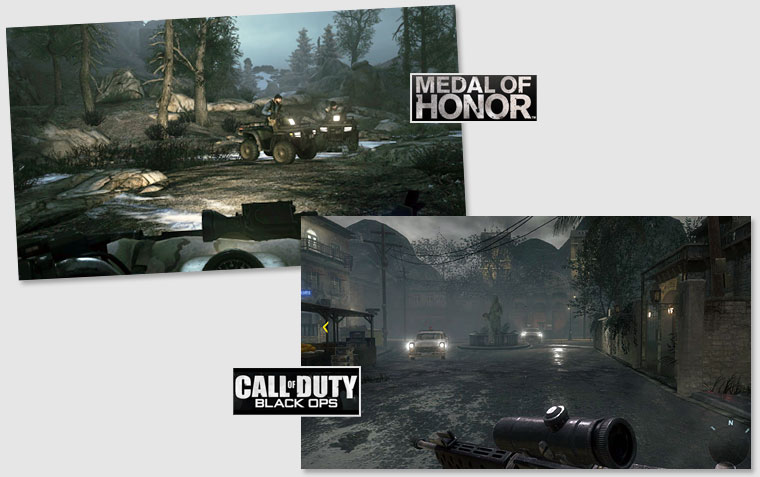 Call of Duty’s single player campaign covers a wide range of time periods from the 1961 Bay of Pigs invasion of Cuba to the cold war era. You play as one character but you’re reliving his past battles as a CIA Black Operative. The single player campaign takes you through a lot of time and a lot of landscape including Cuba, a Russian prison, Vietnam and other locations. Single player is good, maybe great, but can become confusing with all the eras and locations being intertwined. The campaign is about 8 hours long, almost double what Medal of Honor offers. Still, it can be done in two days of afternoon gaming… but then what? 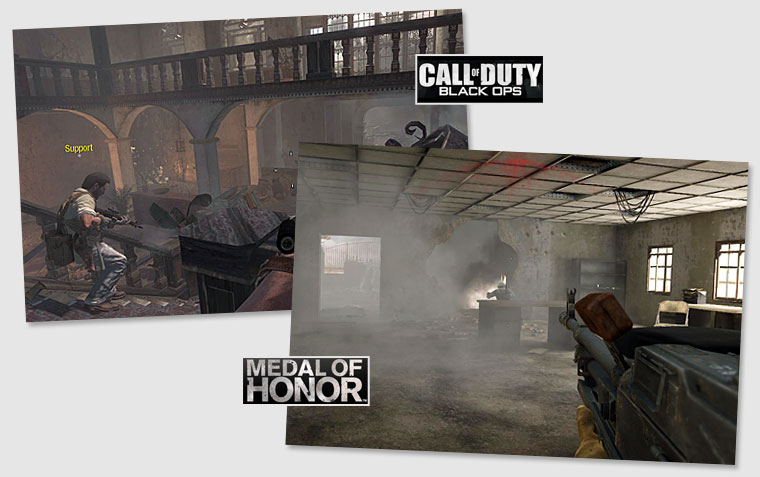 Medal of Honor definitely has the better, more realistic story, with great missions to tell the story. It’s an extremely short campaign and that’s its downfall.

Call of Duty: Black Ops also has a great story with flashbacks to different times and locations that add to the level of gameplay. The additional 3-4 hours over Medal of Honor is appreciated.

These types of games, in the single player department, have minimal replay value. You are still playing an action movie on rails. Sure, you can play it again on higher levels, but it’s still the same storyline with more bad guys. Branching the storyline could really help things here. A few additional trigger points along the way in the story could dramatically liven-up single player, and keep the game alive even after the first round of DLC or add-ons arrive.

As is typical with these types of shooter games, both the friend and foe AI, are idiots. Some just stand there waiting for you to do something, and your allies get in your way — as usual. That’s why all of these shooter games should support co-op! 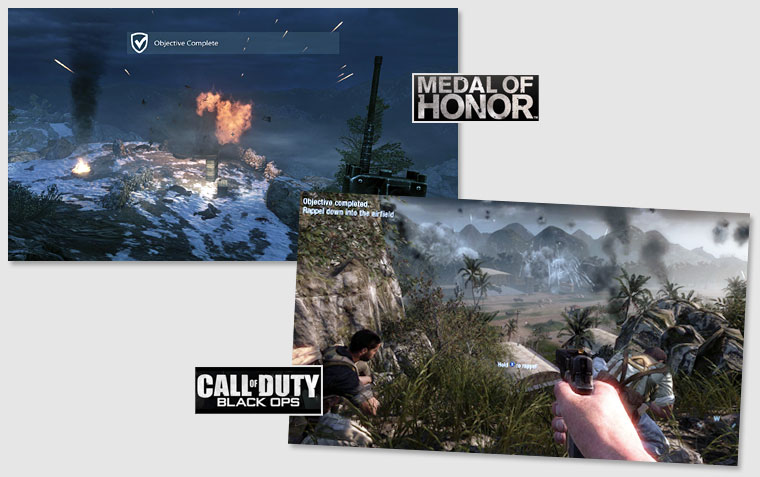