A study Sim it certainly is not, but if a quick break out of your normal gaming schedule is in order, give this one a go.

World Of Tanks is an easy to learn game that is slated to be released later this year. Recently, on January 23rd, Wargaming.net reported a new record of 91,311 players simultaneously on their one Russian server. There must be something to this then, besides the fact that it’s free, right?

Utilizing very simple controls like forward, backwards, left and right, players can also control their turrets and zoom in and out by varying degrees. This easy to learn system allows anyone to jump in and start motoring around in their choice of three initial tanks to begin battle with. Players can choose between erstwhile Russian, German and American tanks that resemble simple tin cans with rudimentary tracks and veritable pea-shooters than what the research they can utilize will spawn in the future. 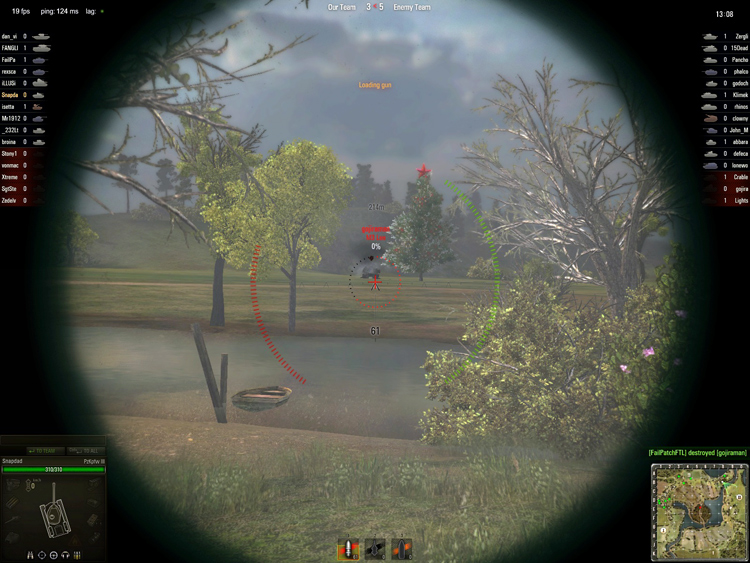 World Of Tanks – Lining-up a Shot

Jumping in to a game is simple. Pick a tank in your hanger, and click a button to go battle. You’ll be put in a queue that fills up with other players and then the map loads and after a brief countdown, you’re off and running, or hiding if you’re tactically minded. If your tank happens to meet an unfortunate and untimely end in the battle due to meeting a menacing tank around a corner several levels higher than you, jumping back to the fun is as simple as pressing ESC, going back to your hangar, picking a tank that you have that’s not damaged and click the button to join a new queue. Once the round is over that your damaged tank is involved in, it will be returned to your hangar. This usually happens almost always while you’re in your second game. 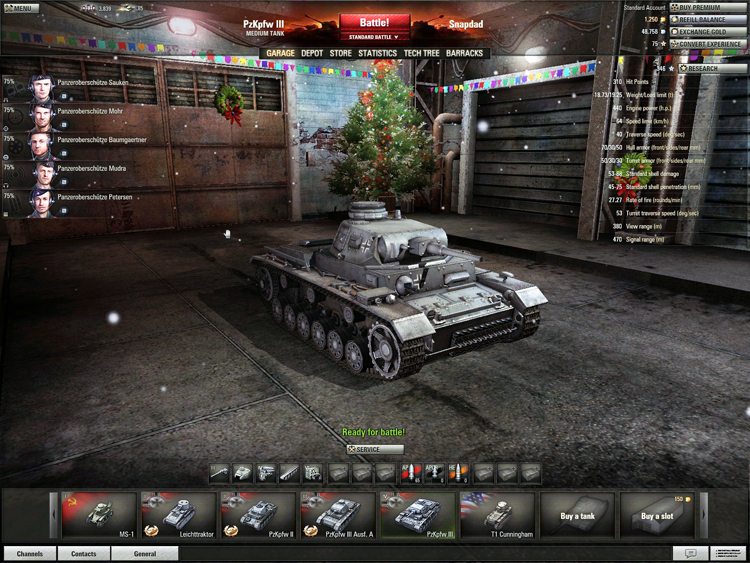 World Of Tanks – Ready for Battle

Games last anywhere from 2 minutes to 15 or so, depending on how the battle goes. Usually players are put in the familiar gameplay world of ‘capture/hold’ maps. They can range from open fields with hedgerows to haunted city streets and railyards.

There is a technology tree upgrade path that varies slightly depending on the home country the tank you are playing is from. Each battle will garner you some experience points that you can then allot towards research and development. You don’t get to jump into an über-tank right off the bat. You must earn it. At the same time, the game will have a micro-transaction system set up so that if your wallet allows it you may purchase experience points, or Gold. (At the time of beta, 250G were being handed out daily to tankers. It is my understanding that this will go away once release happens. Hint: Get in while the gettin’s good.) 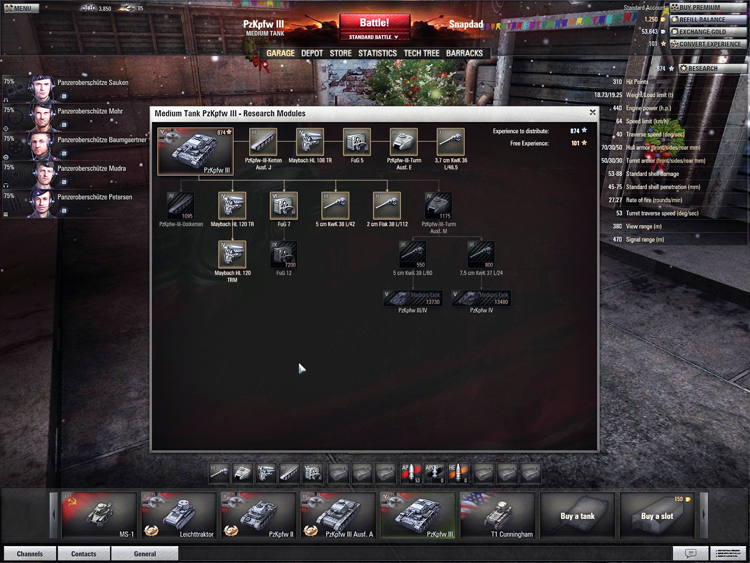 The game offers an easy to follow tech-tree to reference on your way, and some equipment like motors, radios and guns can be used on other tanks that you unlock.

Crews can also earn experience, and the benefits here seem to be in the time taken to repair a tank while in battle, and cover positions if a crew person meets an untimely demise. This has happened to me more than once.

Tanks also have room for some (spendy) tech slots that are round-based. I.E. they won’t last forever. For example, you can kit a tank out with higher octane fuel so that your struggling little engine actually COULD get you up a hill or out of a tight spot faster than the stock motor. There are health kits, repair kits, etc.

Teamwork is made easy by letting players manage their friends lists and be able to squad up and use voice comms to further strategies even more. 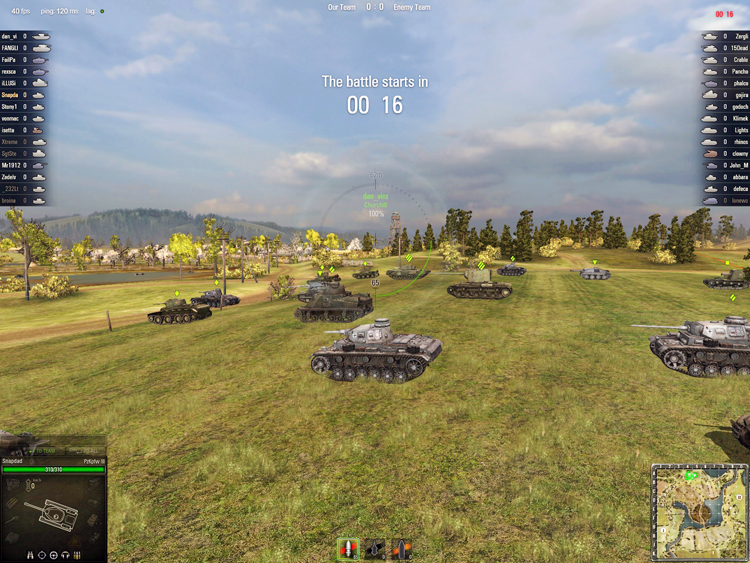 World Of Tanks – Beginning the Battle 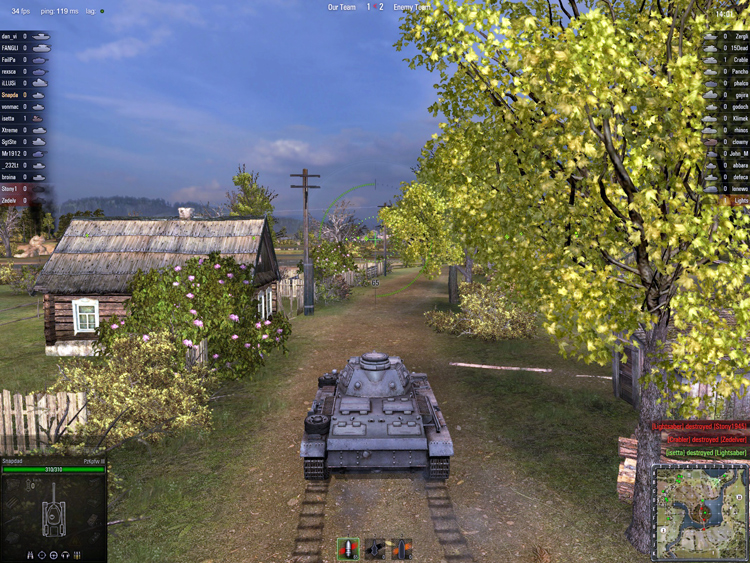 All in all, this is a fun game with a wide array of tanks from the WWII era, some of which never even saw battle and were merely prototypes. It’s fun to get to try them all out and learn what fits your style of gameplay. I enjoy it for the fast-paced, easy to get into gameplay, the decent graphics, small maps that are easy to learn and of course working towards that next big gun to mount on my tank.

VRS TacPack for FSX Page 3
The Other A-10