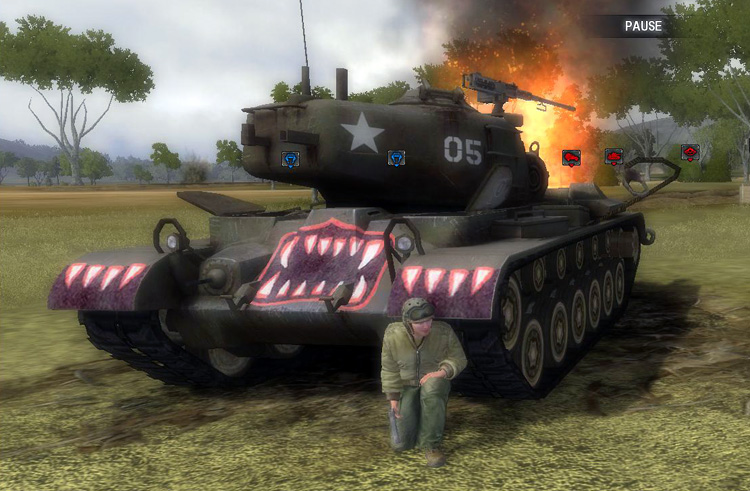 Theater of War gets better and better with time, learning, and development. ToW3: Korea is no exception. A new location and a new time era give the series new life. Improvements to the AI and game play in general keep the games frustrations to a minimum. The maps are absolutely beautiful and made for war, while the units continue to be like others in the series. If you like the ToW series then Korea is highly recommended. This version has been cleaned and tuned to almost RTS perfection, almost. The inclusion of a new strategic turned based overview is a nice touch, but not really that necessary. The inclusion of the Russian forces also adds life to the “what if” scenarios.

Theater of War 3: Korea is definitely a detailed, hardcore RTS as compared to another popular 1C Company title Men of War, which is more mainstream.

David, the PR Manager for 1C Company said it best:

“A few things to remember about this game and our various series in general. Theater of War is a much slower moving game than Men of War although they both share some traits. While Men of War is our tactical game, Theater of War is our strategic game. It is the single most realistic war game ever produced. Everything from the placement of the crew inside a tank (in case a shell makes it inside) to the shrapnel pattern of various artillery shells is accurately modeled. While this game traditionally took place in World War II, it is now in Korea and the units have all been updated to bring this war to life. This is a true hardcore title for a select group that wants unparalleled realism, we know that, but they deserve the best real-time strategic war game available and we have it for them.“