Call of Duty: Modern Warfare 2 comes with three modes of play, as compared to the two modes of play in the first Call of Duty: Modern Warfare. It seems that when Infinity Ward was looking into a co-op campaign — since that’s one of many things us gamers wanted — they realized it couldn’t work with their usual “on-rails” campaign story. To alleviate the problem, they created a series of two-player co-op missions just to satisfy us multiplayer gamers. Kudos for that. 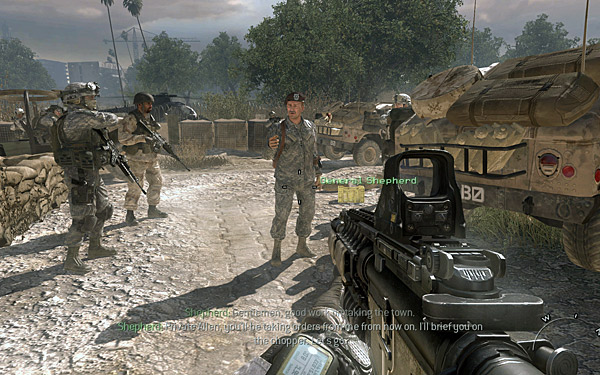 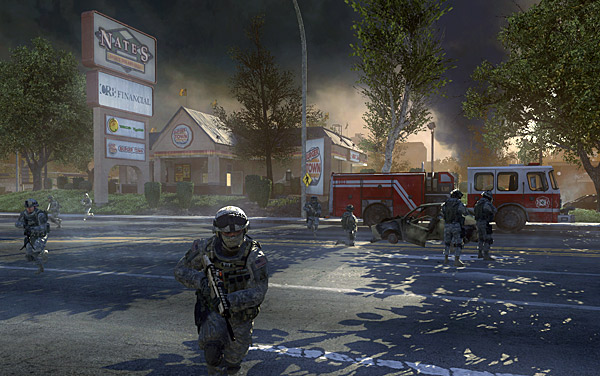 The Single Player Campaign is great. Very short, but great. I’d say it’s about 6 to 8 hours of gameplay time. Possibly more if you have to reload a lot, like I do. The Single Player Campaign is a great military commercial to “see the world”. You get to go underwater, out in space, ride snow mobiles. You visit exotic places all over the world, meet new people… then kill them. It may only be a 6 to 8 hour game, but you are in non-stop action from start-to-finish. Actually, that’s probably one of the weaknesses. There is so much action and gameplay but very little story telling or character interaction. When I played the first Modern Warfare I had a virtual relationship, a virtual friendship with the characters, and when they died I felt the virtual pain of a lost comrade. And the ending… WOW. I put down the controller in shock and awe, drew in a deep breath and said… never mind, but I said it. I’m just not feeling that with Call of Duty: Modern Warfare 2. The action and change of scenery is so fast that I’m too busy fighting to care what happened over there and who it happened to. I really miss the feelings I got from the first one, and was hoping to have the same experience with Call of Duty: Modern Warfare 2. That said, the ending was good and dramatic, just not as good to me as the previous.

Spoiler Alert. If you want to learn more about my experience and opinions with regards to the controversial mission, click here. Reading the page will divulge hidden details about the single-player campaign, and discuss the controversial COD:MW2 airport mission.

As I said earlier, the new mode in Call of Duty: Modern Warfare 2 is called Special Ops. All but two of the missions can be played solo, but they are designed to be played, and are more fun with, a friend. Two-player co-op is where this mode shines. I still would have preferred at least a four-player co-op, or better yet, a six-player co-op.

Special Ops missions are divided into five categories, with each category getting harder and more challenging as you progress. Each mission can also be played on three different levels of difficulty. Each difficulty level is awarded an additional star. There are a possible total of 69 stars achievable, that is 3 stars x 23 missions. 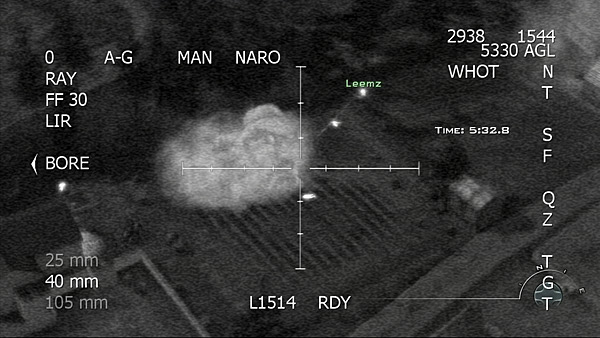 Everybody’s favorite, the AC-130 gunship is back again. But don’t hit Leemz!

Special Ops is a series of different missions, most but not all taken from the single player campaign. These are missions that you and your buddy can do within 15 minutes to an hour, give or take. They are a lot of fun, and probably the best of the three modes of play, at least in my opinion. Nothing like good friends, a bottle of wine, and virtual combat.

Take a look at the screenshow made from various Special Ops missions.