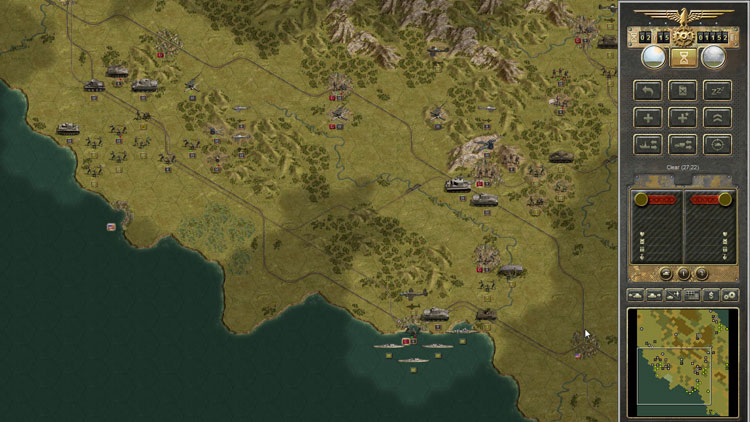 Gameplay is where the game looks and feels like Panzer General. Panzer Corps is more like the original Panzer General than any of the subsequent games that used the PG name.

First off is the setup of the game.There are five settings, essentially from silly easy to almost impossible for those that want a real challenge. Like PG, Panzer Corps allows players to select or ignore fog of war, weather and supply effects. Single missions can be played from the German or Allied side but only the German side can be used for campaigns.

There are 26 individual scenarios that ship with the game along with the ability to import custom missions into the game (via the mission editor). These games can be played individually against the AI or via PBEM against human opponents. PBEM seems something of an anachronism but I still find it probably the best way to play a turned based game like Panzer Corps. The PBEM setup is among the best I have seen; you log in to the Slitherine site via the game menu and can find opponents right away or issue a request yourself.

The campaign is what I dove into, and of course the comparison to Panzer General again has to be used. The campaign, at least for the most part, is very, very similar to the PG campaign. In fact, the entire campaign chain, from Poland to the invasion of the US is essentially identical to the chain of the original SSI game. The major differences arise in a couple of battles found in the game. In the original Panzer General there were two campaign battles in Poland for the 1939 campaign, in Panzer Corps there is only one. At the end of Panzer Corps there are three different battles where the player has to take essentially the entire mainland U.S. while in PG there is only one U.S. attack.

Otherwise the campaign is very, very similar. Units start out with 0 stars of experience and build it up to five over time. Units can go over 10 in strength depending on their experience level and unit upgrades cost prestige that is made by winning battles and destroying enemies. Campaigns branch based upon how well you do in certain battles and if you fail early on you generally end, abruptly. Unit movement is very similar, based upon foot movement or mounted on vehicles or in ships/aircraft. All units have certain abilities against hard targets and soft targets and defensive abilities against enemy aircraft, both active and passive.

Your goal is to take objectives and destroy enemy units and you gain prestige for both. As I said earlier, prestige gets you improvements in units and also the ability to build new units. Like Panzer General, Panzer Corps has limits on total units but unlike PG, once you lose a secondary unit you have lost it permanently and you can’t get another. But overall the setup and the way you play the game is almost a carbon copy of Panzer General.

One thing that is improved is the AI in Panzer Corps. The reason I quit playing Panzer General was that it simply wasn’t a challenge anymore. The AI is a little smarter here. You really don’t want to leave a unit exposed in this game; it will be picked on until it is destroyed. Likewise you have a limited number of slots and if you waste the support units stupidly you may find yourself unable to finish your mission. Entrenched enemies can be particularly difficult to removed, even with pioneer units. In the past I could just march one of these units up and blow the enemy out but this tends to result in some significant casualties even if I am successful. At harder levels it gets even more difficult. 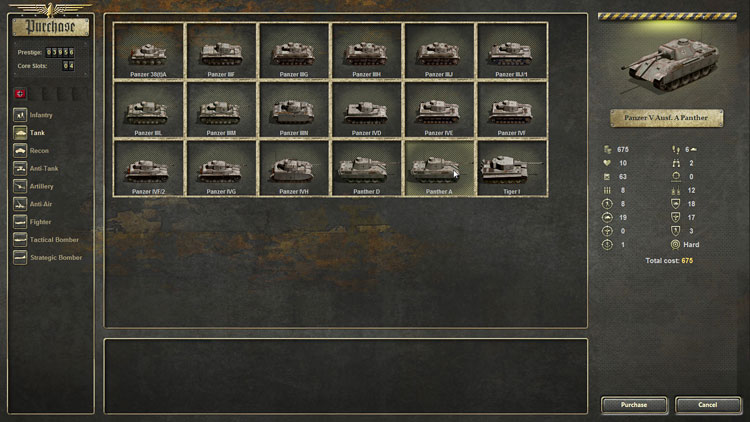 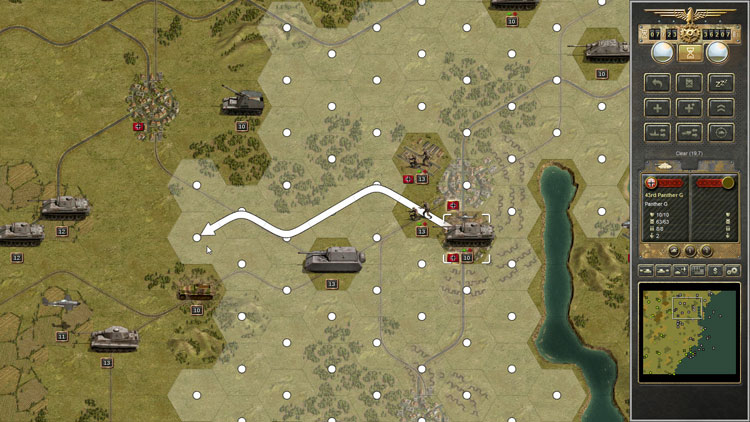 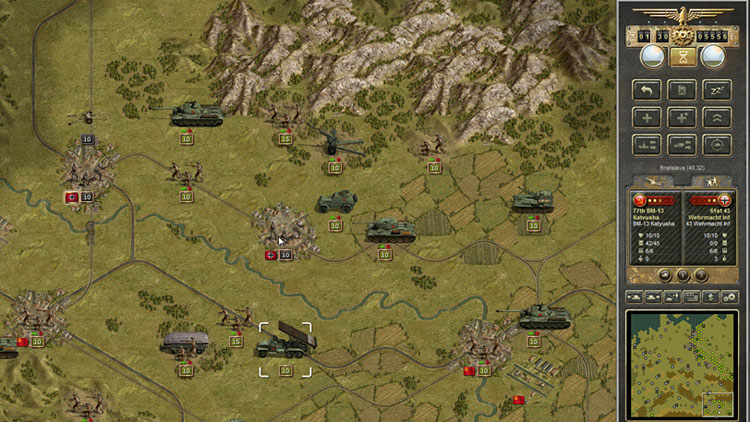 Overall the game is an enjoyable diversion. Like Panzer General this is not an in depth wargame. When you compare it to Matrix’s War in the East, this game is relatively simplistic and certainly not nearly as realistic but Panzer Corps is not designed to be a truly historic game. This is a beer and pretzel game that can be a lot of fun.

For those that have never played Panzer General and like a “wargame lite” title that can be learned relatively quickly and easily, this is an excellent title. Panzer General  Alumni might or might not get into this game. The problem that I have, personally, is that Panzer Corps is too much like Panzer General. While a nice update of the original game and certainly a challenge at times, I still find myself feeling like I have played this game before. I think my opinion would be much higher if I hadn’t been such a devotee of the original I probably would have loved this game more. I still liked it, but old ghosts sometimes keep reminding you of good old days.