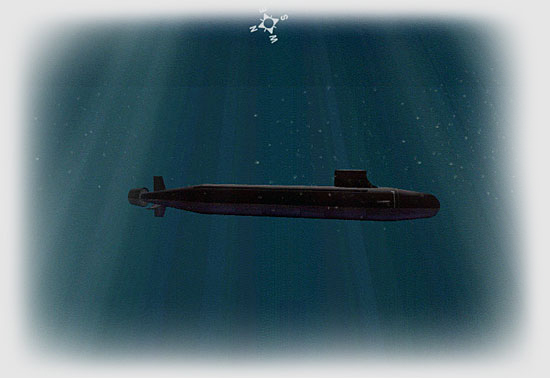 Q. How well will “brown water navies” be represented in Dangerous Waters?

A. Littoral water operations are that much more dangerous with the inclusion of our first diesel submarine, the Kilo. The AI will utilize the same tactics as player controlled diesel captains, so when running on batteries most diesel subs will be nearly undetectable at low speeds (passively). The effective employment of the Kilo can cause some significant headaches for the opposition.

Q. When manning a specific station, how well will missile / torpedo hits be modeled when it comes to effects on ship and crew from the player’s viewpoint?

A. A new damage model has been designed and implemented to allow for any portion of the playable platform to be damaged. Given that the architecture is highly flexible in that we’re trying to develop all types of platforms from sub-to-surface-to-helo-to-aircraft we had to make the damage model pretty flexible to accommodate for that variety of playable platforms. The representation of damage on the “station level”, in regards to your original question, will properly disable all systems and interface elements related to the recent damage.

The current implementation of the damage model submits a system, sensor, weapon launcher, etc. as a possible object to be damaged. Then when the platform is hit it performs a calculation for proximity, blast radius, and strength of the hit to determine the system(s) damaged in the blast. So then when the damage message returns to the station responsible for it, it handles the effects and displays that it is damaged. The damage effects are either for a designated period of repair or permanently damaged.

Q: In Fleet Command, the platform list was quite extensive, even including French mine hunters. Will the list be just as, or more extensive this time around?

A. SCS – “Dangerous Waters” models 18 of the world’s navies to a high level. Over 200 platforms are available to fight or collaborate with (depending on mission alliances). The open architecture allows for modifications to the global order of battle as evidenced by the capable user-community for Sub Command who extended the list considerably (and that work can be quickly converted for use in SCS-DW).

Q. Will multi-player games be limited to the player-controllable platforms, or will the player be able to play “under AI supervision,” so to speak, where the player is part of a SAG or CVBG?

A. The player can play as a part of any naval group. All platforms (air, surface, or subsurface — AI or player controlled) participate in an allied data “link” and are in constant contact with each other (unless their link receiver is damaged). As solutions are created and refined they can be promoted to the link for everyone else to track and act upon. So in essence, everyone is working together to refine the sensor picture and to classify unknown contacts.

Once a contact is created and promoted to the link, the player has the capacity to act upon it (whether to classify it, engage it or just ignore it). The same applies to the AI platforms in the group, but they won’t engage a platform until it is classified and designated as hostile (with high confidence). Therefore, the player has some control over his AI teammates, but once the decision is made that a platform is a threat, the AI will act accordingly.

Q. Any plans to include different languages for communication depending on the country?

A. Currently, the English voice files are the only voice packs that will ship with the game. However, it is not difficult to replace all crew responses with voices of other languages.

Q. In an MP game, will players be able to jump platforms? For example, can a player command a frigate, then launch as pilot of a helo, do ASW ops, and then return to the frigate?

A. Not currently. The player is the captain, pilot, or commander of his designated platform and must command it as if his life depends on its survival (because it does).