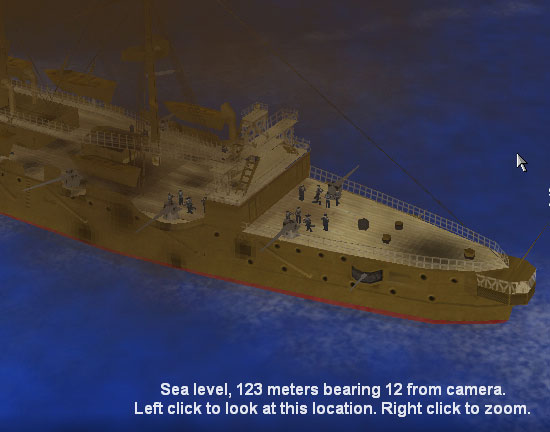 For a preview copy of the game, this game is very solid and stable, something that I don’t normally put into a preview. The game works well and delivers exactly what it says it will. I think most naval gamers will find the engine robust and will enjoy the battles that ship with the game. I am somewhat concerned about the lack of a mission builder or an instant mission generator and depending on the cost I might give the game a ding or two once it is released.

Norm has stated that this game probably will be the first of several to utilize the engine. Part of the reason he used the Battle of Tsushima as his basis for the first game is due to the relative ease in creating such a naval battle. Tsushima was a naval battle that utilized a lot of second generation naval equipment but still failed to utilize equipment which became extremely important in later wars. Aircraft were just being invented at the time of the conflict which meant that no consideration would be needed as far as aircraft defense or utilization. Likewise submarines were in their infancy. Smoke generators were not used at this time; torpedoes were frightening but not really all that effective.

Overall the battles of 1904/05 were perfect for this game. This should give Norm a real chance to work with the engine plus give him enough money to continue the development. He has decided to market this game out of his own studio instead of going through a developer like he did with Talonsoft and SSI. This is good and bad, he retains artistic and overall control of the game engine but he does lose out on distribution.

It appears that this game will be a downloadable game in its final release although I am not totally sure if there won’t be a boxed or CD version in the future. The download footprint came in at around 150 megs (maybe a little more for the release version, I’m sure a lot with the campaign) so a fast connect is important for the game download.

Overall I am excited about the game. Include the campaign in the game within a reasonable amount of time and you may see this get my vote for the best game of 2005 here. Hell, get the campaign in this game and this will be among the best naval wargames I have ever played. I was damned impressed with the ease of use and the challenge of it. I suspect a lot of people will be as well. 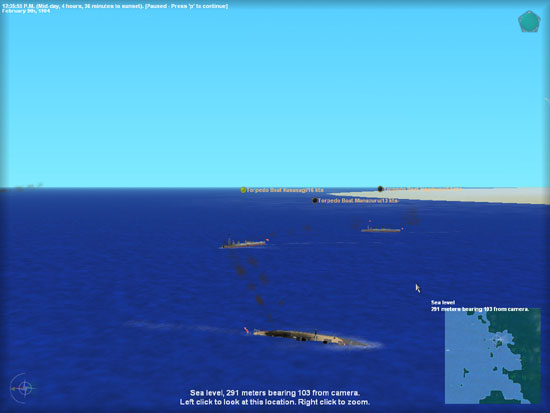