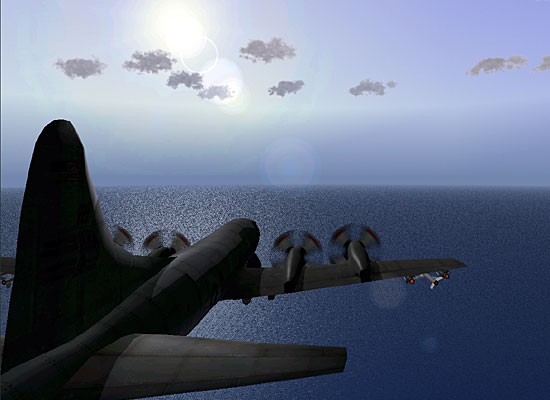 OneShot: Do you have any development “stories” while making any of your four games which you could share with our readers?

Jamie: Well, the story of how we got into the business may interest some who don’t know us very well.

Sonalysts is a pretty sizable company (about 400 employees) which is pretty uncommon among game developers. But we were best known for our work with the U.S. Navy in simulation and training, so getting into the game industry was initially quite difficult (the common dilemma of getting that “first game out” so that your company can finally break into the gaming space and be taken seriously).

Early in 1995, we were set on trying to break into the commercial software development world. Most of our efforts were concentrated on the commercial training/corporate marketing CD-ROM arena. One of our sales/marketing staff basically just made a “cold call” to Paul Grace at Electronic Arts and arranged to meet with Paul at upcoming E3 in LA. At the time, Paul was the VP in charge of EA’s Jane’s Combat Simulation division. Although we had no commercial gaming experience, Paul found Sonalysts interesting because of our many years of supporting the U.S. Navy as a defense contractor. Luckily for us, Paul had been thinking about updating the sub games they had done a few years earlier — 688 Attack Sub and Seawolf.

Where the story gets interesting is that we’re not sure Paul’s interest in Sonalysts would have gone anywhere, if we hadn’t arranged for Paul and some of his folks to go out on a 688 Class sub for a day. Paul was eager to go on the sub ride, so he had to come visit us. That first meeting occurred in March of 1995, we signed a contract to develop a script for a submarine simulation game in July of that year, and went into full development on what became “688(I) Hunter/Killer” in the October time frame. Initially, we told EA how we were going to improve and update 688 Attack Sub, but Paul told us to”…start new and make the most realistic submarine game ever.” He later amended his statement to add the phrase”… that’s fun to play.” The game came out in June of 1997 and received a great response from the sim community and the gaming media. All things told, it was a tremendous success for us and launched what is now the Sonalysts Combat Simulations brand. 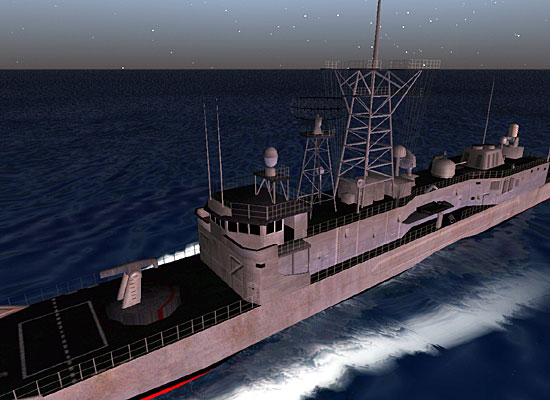 OneShot: Would you agree that one of the cornerstones of Sonalysts Combat Simulations (S.C.S.) success, in addition to producing first class software, has been that S.C.S., most visibly through yourself, have held close contact with the community before and well after the various titles have been released?

Jamie: The development team enjoys that interaction with the community and we will always do our best to address their concerns without sacrificing the integrity of the game or prohibiting both the new players and seasoned veterans from enjoying their time with the simulation. I think that this “two-way street” approach has contributed to our success because we try to be honest with the community and to let them participate in the development process.

I wish we were able to have a closer relationship with the community because their thoughts and insight into the simulation genre, the applicable military technologies, and the strategies/tactics used in battle is truly impressive. There are many active and retired Navy personnel (U.S. and foreign) that provide a wealth of knowledge; I have a tremendous amount of respect for these individuals especially, as does the community.

Initially, when simulations were very popular, the simulation enthusiasts were very demanding (and they still are today) but they were also not terribly constructive in their inputs. This in turn would turn away some potential customers who were thinking of buying our games and even those all important customers who getting involved with simulations for the first time (everyone has to start somewhere!). As the PC gaming market has shifted and our genre has diminished a bit, we see that fewer developers are making simulations. In turn I think the community has started to become a little more “introspective” and has realized that their best chance of success is to contribute directly to the success of their favorite products — via their promotion of the genre, their constructive modification of the games, and their participation in user support forums.

I really think our community has come around full circle in their participation and support of naval simulation products. The community is invaluable to us because they know our products “inside and out” and have found issues in the games that were so hidden and complex that we likely would have never found them. I will concede that our games can be a little too complex in some areas, but much of this is due to the fact that we tend to simulate naval platforms and their respective systems to a very high-fidelity. This lends itself to some pretty extensive testing requirements from our testers and the community. Again, this is why we have tremendous respect for members of our naval sim community because without their assistance the S.C.S. products would not be nearly as successful as they have been. With “S.C.S. Dangerous Waters” specifically, our game design was very unproven and risky, yet with their help and guidance Dangerous Waters was very well-received by the gaming community.