OneShot: Just like with Sub Command, the Community has been pretty fast to embrace Dangerous Waters as a Mod Object, most notable are the various Sound Mods which take the existing immersion of Dangerous Waters even one step further and of course the well known Mod made by LuftWolf and Amizaur which has significantly added to the gameplay of Dangerous Waters. How close does S.C.S. work together with those modders, and what can you say about all those efforts?

Jamie: I wish we could take some credit for those efforts, but that was predominately the work of the modders themselves. We assisted to some degree on the development of “some” of the tools but that participation was pretty minimal (i.e. answering emails and making some small changes in subsequent patches).

Again, I am astounded by the level of mods that have been made for our games (as well as the tools that the modders created for them). I hope that the modders enjoy working on their projects as much we (and the rest of the community) enjoy playing them.

OneShot: Thanks to the hard work from members of the community (and surely some help from S.C.S.), the community now has the choice of two database editors for the game’s USNI Database (models, weapons, and so on). For the sake of all the gifted modders out there, what is the stance of S.C.S. on the community adding further non-playable platforms to the game and also making fitting entries to the USNI Reference?

Jamie: We do not object to the addition of non-playable platforms to our simulation. We just ask that the modders are clear in denoting that the information in our in-game USNI reference was not necessarily gathered from USNI when appropriate. If the information was taken from some other source, that modification must be noted in the reference entry (to satisfy our obligation to USNI and our license to utilize their data, whose entries should not be modified).

We encourage the modding community to integrate new non-playable platforms into Dangerous Waters, and we also appreciate the level of effort required to do so. As I mentioned above, the addition of entire navies was done for past games and the models, textures, weapons, and sensors were very well done and quite compelling. 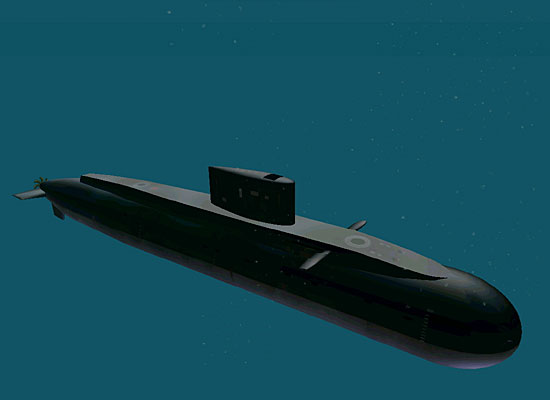 OneShot: And of course the distribution of the modded files or programs to make the desired changes, if the actual files are too big to distribute or can’t be distributed because of other reasons (all free of charge of course)?

Jamie: Well, we certainly wouldn’t condone anyone charging for mods to any of our games. I don’t think that it is in the spirit of our modding community since the efforts are usually collaborative and many people are often responsible for contributing to the success of any mod. I think that’s what you were asking…

OneShot: Actually it wasn’t about charging for the mods (because I don’t think in the DW community something like this would happen), but more about the fact of actually distributing certain game files with the mods. Like for example the usnidata.grp and usnidata.ndx for mods who do a significant change to them. So basically those files which are changed when the USNI Database gets modded, or new (non-playable) models are added, stuff like that. No DLLs, or things like that, because we are not allowed to mod them anyway.

Jamie: Ah, I understand. As long as it clearly denoted in the mod (i.e. “readme” file) that the changes to the content are unofficial and in the case of the USNI mention that the data was gathered from a source other than the USNI reference material (as I mentioned above). We recognize that the mods are a benefit both to the players (they get to play DW in a new and fun way) and to Sonalysts (brings some attention to the game and could boost sales), so we will do everything in our power to assist those who wish to mod the game. 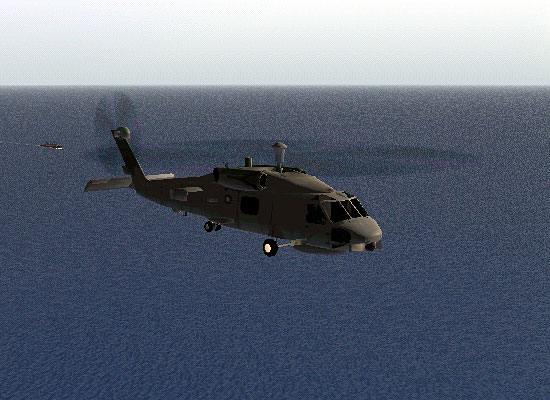 OneShot: In other words, there are a lot of open questions for most people on the issue of the Do’s and Don’t Do’s of modding of Dangerous Waters. Could you settle this issue once and for all by laying down the word? Even if not in this interview then maybe by publishing a small guide to the community where all the bases are covered?

Jamie: Our basic business model is a very unique one, so I can see where there is some room for confusion. Sonalysts Inc. is predominately a defense contractor, but we also have very talented artists, musicians, designers, and programmers on staff who help develop projects outside of the military. When we were presented the chance by EA to work on our first game 688(i) Hunter/Killer in 1996 we had no idea the number of opportunities in the U.S. and foreign navies which would present themselves because of that game and the other titles which followed it (in the form of modifications and the new development of our core game technologies).

Because of this synergy between commercial and government work, we have to be very careful what level of “reverse engineering” we allow in our games. Our government customers invest a significant amount of money in the addition of new controllable platforms and the integration of classified data into our NavalSimEngine. It’s a very beneficial business arrangement for our government customers because they are able to leverage the development costs of our commercial versions. Simultaneously, the gaming consumer is able to have access to a simulation that may never have been released were in not for the potential future earnings of the non-commercial modifications. It’s a win-win situation for both parties, we think.

In short, we can’t allow modders to create new drivable platforms because our business model depends on us being able to charge for them, either for commercial customers or government contracts.

OneShot: In other words … everything in the game is OK to mod, short of playing around with the DLLs (and similar files) and adding playable platforms?