OneShot: All agree that the graphics in Dangerous Waters are good. However, I agree with most of the reviews critiquing the graphics of Dangerous Waters saying that they are somewhat dated, especially compared to some of the recently released and upcoming naval titles. While this is no big problem for the majority of the players of Dangerous Waters (myself included) because the game keeps you busy as hell, which means you don’t have the time to enjoy the scenery, it is certainly a point for potential buyers of the game. Are there any plans for S.C.S. to improve the Graphics Engine and add features like Antialiasing or more important 32-bit color support for the Windowed Mode?

Jamie: There are no plans at the moment just because the viability of such significant changes to the graphics and rendering code is not only risky but expensive. Again, we cannot rule out any changes in the future, but we need to see a healthy and sizable customer base before we can make additions such as the ones you’ve mentioned.

Our government customers are primarily interested in a stable platform for their training and visualization scenarios; the 3D graphics are simply a nice perk to them. As always, expectations are relative to the intended audience and with respect to our commercial and government customers those expectations sometimes could not be farther apart. We are forced to make very difficult decisions based upon this dilemma on an almost daily basis during our games’ development.

OneShot: And if your priorities are on a different subject than the graphics, do you plan to release additional tools like a converter for the J3D files to a newer version of 3DMax to the modding community to help in building/converting new models (for example)?

Jamie: Unfortunately, our artists are primarily using Maya for the development of their models and the latest J3D exporter is for that modeling platform (and is certainly available to those who have access to Maya). The original 3D Studio Max plugin, however, should still function with the Dangerous Waters J3D format. 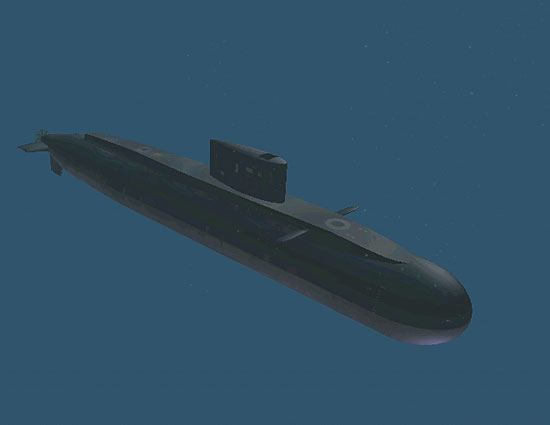 OneShot: The original 3D Max plugin works, but and that’s the big problem, only with a pretty old 3D Max version (I believe v3). Converting from J3D to old 3DS to newer 3DS is not only a pain in the butt, but seems to offer certain problems as well (don’t know first hand, but that’s the rumor). So, there is no hope for the modders to get an up-to-date (or at least newer) 3DMax plugin?

Jamie: Well, I certainly can’t rule it out but at this time there are no plans simply because our internal needs have shifted to Maya and the newer versions of 3DS Max would require a significant rewrite and subsequent testing of that plug-in (it could cause more problems than it would solve).

Does S.C.S. plan to make changes or enhancements to the mission editor in a future patch or expansion for Dangerous Waters?

Jamie: We still would like to add the “UserAction” messages to the mission editor but the reason for omitting them from Dangerous Waters was because the previous 3 controllable submarines in Sub Command had very similar user action messages and the effort to capture and process those messages was significantly streamlined and simpler to integrate. In Dangerous Waters we elected to create 4 distinct platforms for the player to command and because of that diversity (along with the previous 3 nuke subs) the level of effort to accommodate all possible user inputs entered in the stations and NAV map was just too significant to include at the end of the game’s development.

Again, we’d certainly like to add this functionality if it is feasible as I believe it will help greatly in the creation of interactive tutorial missions and other custom mission objectives from the community.