OneShot: Because the Mission Editor is so complex, it is difficult for many would be, and even seasoned mission makers when they want to create more complex missions. Are there any plans by S.C.S. to provide an in depth help with the mission editor in the form of another manual or some video tutorials? Or will it be up to the Dangerous Waters community to be the primary resource for all would be mission makers to learn skills such as mission design (and modding)?

Jamie: Well, the current Mission Editor manual is a standalone 68 page PDF file which is larger and more in-depth than most games’ entire manuals (and that is in addition to the 558 page user manual that accounts for the rest of Dangerous Waters features and functionality).

In the case of our Mission Editor, we provided a tool that is scalable to the user’s desire to explore the interface further while consulting the manual. The initial version of a mission can be created in 10 minutes or 4 hours, it is entirely dependent on the intentions of the mission designer who is setting out to use it.

In other words, it would be difficult to create video tutorials that cover anything beyond the scope of what is covered in the PDF manual, so I’m not sure which audience that would benefit other than those who choose not to read the manual. 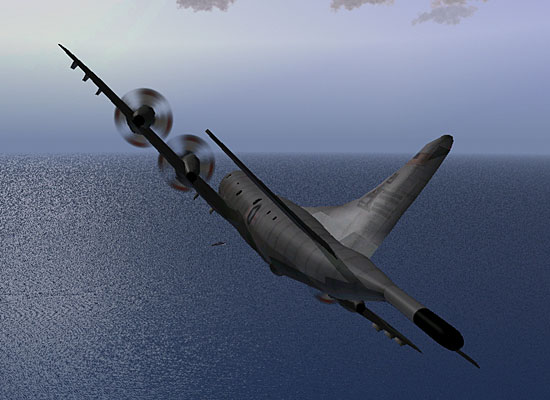 OneShot: Fun question. Did Dr. Norman Friedman, the naval analyst and historian provide a voice for one of the crew on the 688(i)?

Jamie: Not that I know of…

Dr. Friedman was credited in our game for his prior involvement in the USNI reference material, but I’m pretty sure that’s it. Unless I missed his day in the recording studio, which I suppose is possible.

OneShot: And while speaking about voices in the game, the credits clearly state that pretty much all of the people involved in the development of Dangerous Waters have shown some voice-acting talent in the game, yours included. Big question — at which point in the game do we hear your voice?

Jamie: That’s a good question… I’m not sure!

I typically have a bit of voice recording “stage fright” when it comes to that phase in our games’ development. I think I only made my way into two or three of the voice slots in the game and usually it was just to fill some holes in the Russian or Chinese accented English scripts on the Kilo and Akula (we had native Chinese and Russian speaking voice actors for many of the voices, but not for all).

Off the top of my head I think I was one of the two Weapons Control officers on the FFG, so every time you launch a SM-2 or Harpoon you can think of me!