OneShot: Most sought after in the community are platforms that represent the Russian/western equivalents of the current playable platforms (sort like an Opposing Force Package). For example a western submarine like the German U212 class or something similar. This leads to the question which platforms are we going to see (most likely) in a possible Expansion or Patch?

Jamie: We currently have a design in-house for exactly that — what we call the “OpFor Pack”. We can’t disclose what those platforms would be, at the moment, but it is our hope that we will be able to do so in the future.

OneShot: The Patch status for Dangerous Waters is currently 1.03Beta with 1.03 obviously close to being released. You have often told us that while you guys love working on Dangerous Waters (and this shows clearly in your dedication) further work is unfortunately a question of the money available. That prompts the question “Where do we go from here?” While most of the issues in Dangerous Waters have been fixed with 1.03 (not to mention some new features introduced, like the improved Sonar model) there are still some left to deal with. How are the chances that development continues beyond 1.03?

Jamie: Sonalysts has always been committed to supporting its products; we released a patch for Jane’s Fleet Command in March of 2004 almost 5 years after that product’s release. There is no reason for the community to expect anything less from us with Dangerous Waters. As long as Sonalysts Combat Sims exists as an entity we will do our very best to support our products — assuming that the latest operating systems available from Microsoft at time still allow for it, of course. 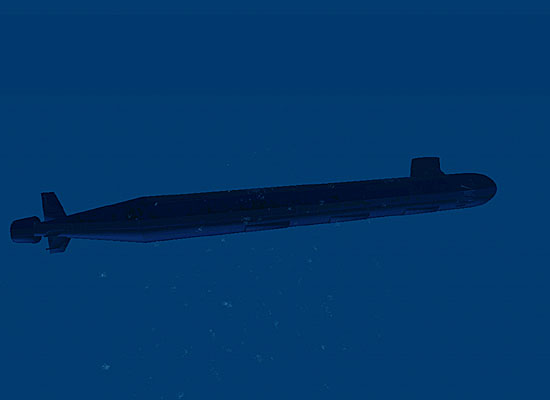 OneShot: What would you personally like to see added or changed to Dangerous Waters? Of course with this question has to come another … and is this likely to be implemented in a patch or AddOn?

Jamie: We’ve always wanted to do the fully interactive 3D environments for our platforms. The developers of Silent Hunter III recently took a bold step forward in this initiative. We would love to create a similar environment within modern platforms, including the ability to be able to walk up to a highly detailed (textured) 3D console and to interact with its interface elements directly without ever changing the user’s point of view or perspective. That would be immersive.

I don’t see that being included in Dangerous Waters, no. But we’d love to try it in the future!

Jamie: Currently the plan is to release the product in French, Italian, German, Spanish, and Russian (with additional languages currently under negotiation).

The timeline is still to be determined, but hopefully we will receive the localized text from our foreign partners very soon so that we can reintegrate that content and produce the localized versions.

OneShot: Last Question… Is there anything you would like to say personally to the Dangerous Waters Community?

Jamie: I would like to thank the community for their continued enthusiasm for Dangerous Waters since its release. As a simulation developer it’s always encouraging to see our efforts bring enjoyment to the community and we look forward to the future of the naval simulation genre.

OneShot: Thank you Jamie for taking the time to answer questions for the SimHQ readers.