There are plenty of obstacles to success, including the port structures themselves, docked ships, moving ships of all sizes and speeds, and ships on scheduled routes doing their own thing — hoping that you know what you are doing! Smaller ships like powerboats, sailboats and yachts will do their best to avoid you if they sense an impending collision. Their evasive maneuvers are fairly non-aggressive though, so “driving defensively” is your best option. Larger ships like harbor freighters and large container ships are far more constrained by their drafts and inertia, so you have to be very careful not to get in their way or a collision will be unavoidable. When the inevitable collisions do occur, the purists will be disappointed to note that no visible damage is done to either your ship or the recipient of the impact. Ships can be knocked off course, drug alongside and even flipped over, but they will not shear off parts or crumple and sink to the bottom. Other than the accusatory dialogue box at the bottom that tallies up the damage you’ve done, there are will be no physical remnants of the havoc you’ve wrought. 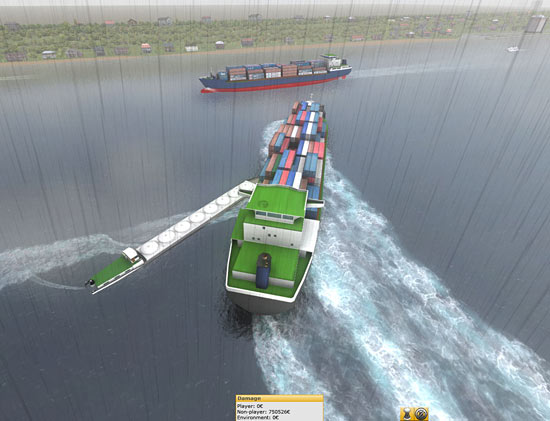 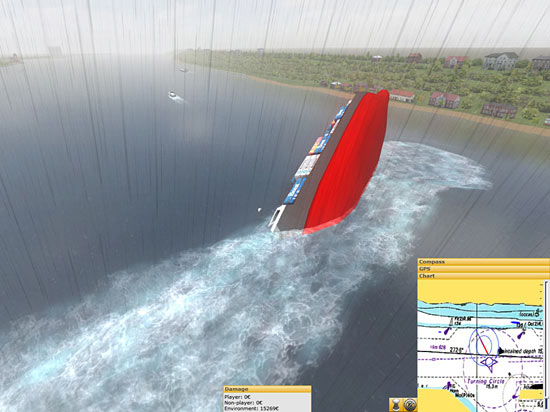 Initially I was a bit skeptical about a ship simulator; how exciting could it possibly be? On one of the first missions (the one I had to run 3 times before I managed to pass) I found myself rounding a spur into the main channel as a huge container ship bore down on me. Frantically slamming the wheel over hard to port to try to get my track across his bow, then rapidly coming hard to starboard to hopefully swing my stern around prior to impact had my hands sweating. 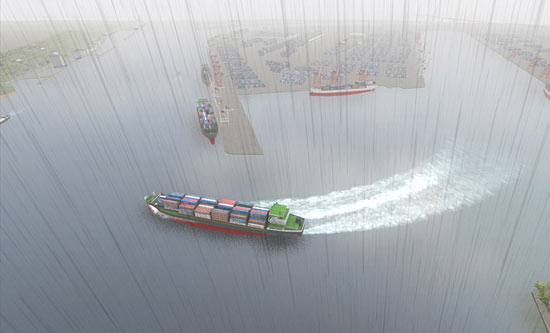 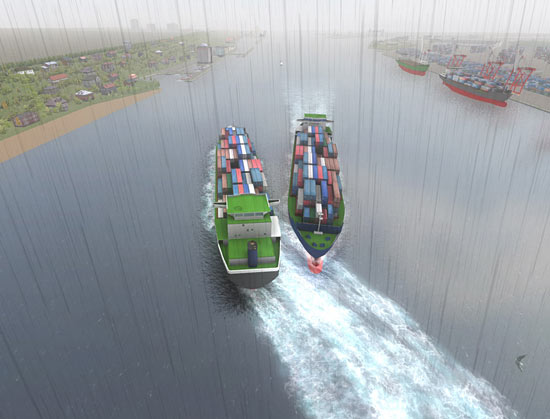