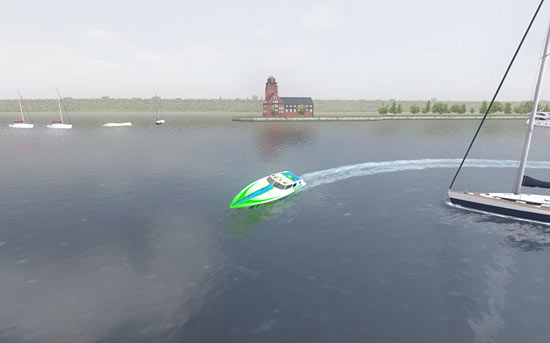 It’s not all business and commerce in Ship Simulator 2006 though; there are some missions that let you wring out a fast and powerful Cigarette-type powerboat. There are even some ramps and obstacle courses that can be run. I have to admit that cruising around the port I started to imagine some “Miami Vice” music thrumming in my ears. 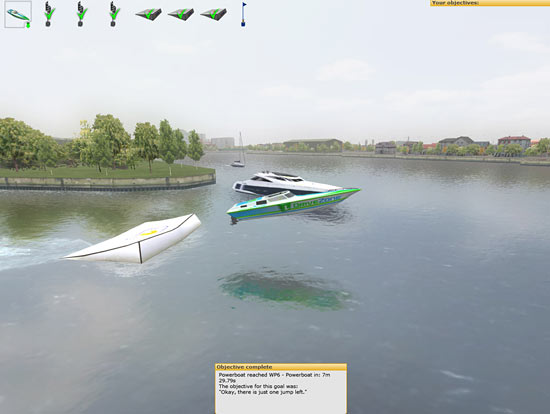 Weather is simulated in the sim, but it appears to be static during the course of a mission. Visibility, winds, rain and thunderstorms can be set by the mission designer and definitely play a factor in the difficulty of the mission. Reduced visibility requires extra vigilance and more frequent glances at the map (aka “radar”) to avoid possible collisions. Ships and obstacles will materialize out of the mist and with the larger vessels you won’t have time to maneuver to avoid a collision if you haven’t planned your course properly. 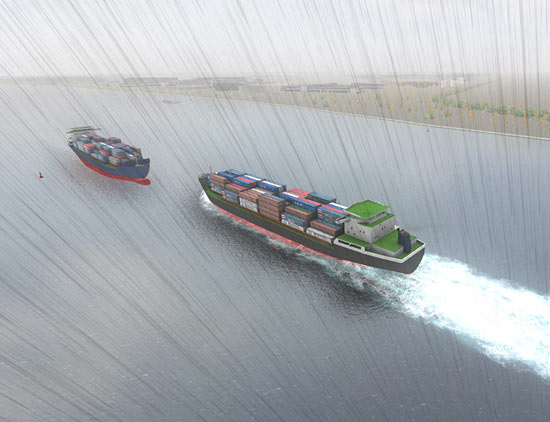 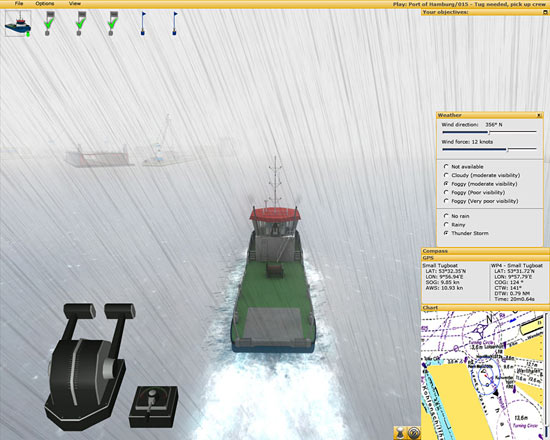 One big disappointment is the lack of different sea states. There are no waves and in rough weather the boats won’t pitch and roll around as one would expect. In one sense though, I can see the logic of not including waves since most of the action takes place in port or in the sheltered island areas. In fact, there are no real open ocean environments and you won’t be taking multi-day trips between ports. All of the missions take place in one of the three included port environments and there is no voyaging between ports; the closest you’ll come are the relatively wide-open spaces in the island environment.