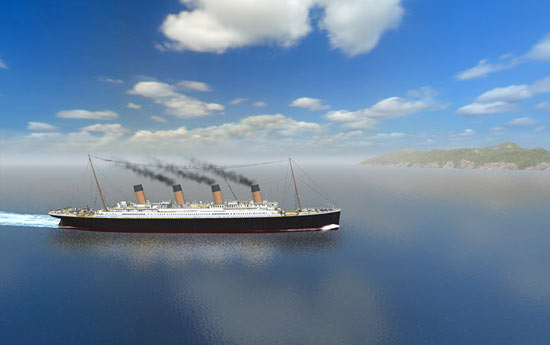 One of the included vessels that generated a lot of “buzz” is the RMS Titanic, the 3D model of which is simply stunning. At 800,000 polys (!), the Titanic will bring your system to its knees if you don’t have the horsepower to render it. Even with the high polygon count there are obvious concessions in the 3D environment. The interior is only lightly modeled and isn’t detailed at all. One nice feature of the Titanic that is curiously absent from the other included vessels is the ability to roam the decks by clicking on the small footprint icon in the bottom left of the screen. None of the interior spaces are modeled however, so you’ll only be walking along the lengthy external passageways running along the sides of the ship. 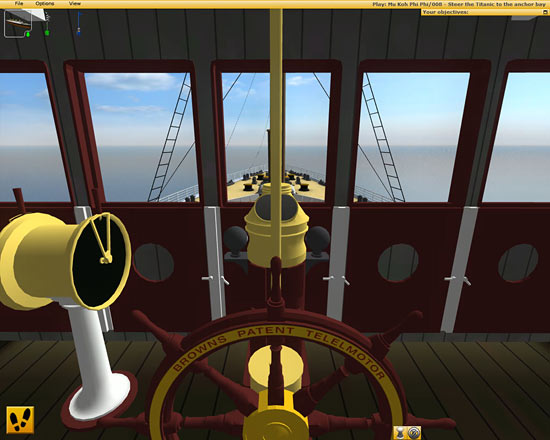 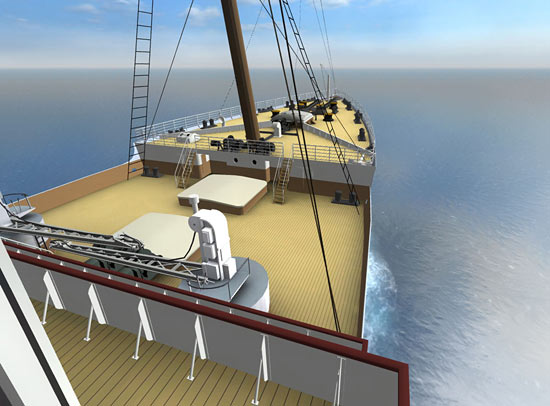 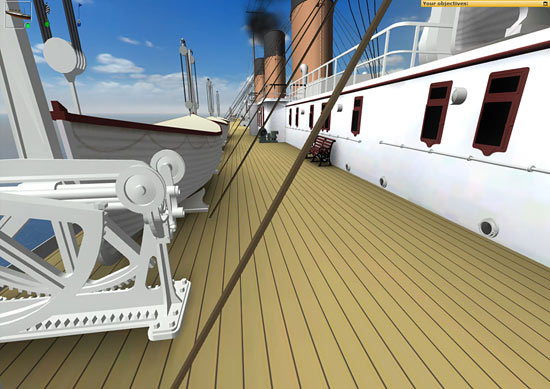 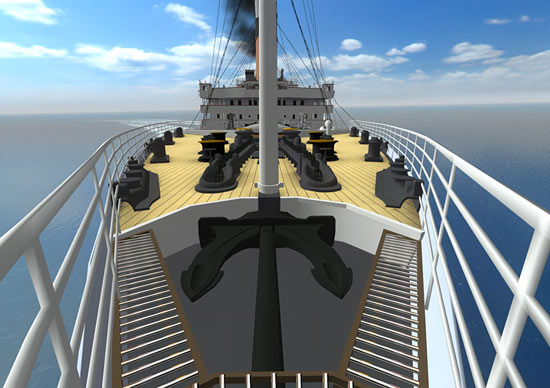