Getting into the gameplay, I would have to agree with many others that it could have been possibly better. It takes a bit of getting used to if you’ve been accustomed to playing FPS style of play. But I truly found it a very refreshing “change of pace” from the normal run and gun style of the basic FPS game that I am used to. In Battlestations: Midway you have to maintain and configure your ships and planes. When their bomb loads are expended you are responsible to land and reload them. You line-up your subs for an attack on enemy vessels. You may imagine by my previous sentence that this game takes a lot of micro-management skills; but you would be wrong in that assumption. The computer AI can be used to accomplish most of these tasks.

The mixing of game types or genres is also very interesting. It adds an exclusive twist to the gameplay mechanics, but honestly, Battlestations: Midway would have been much more user-friendly had it been either an action simulation game or a real time strategy game. Not attempting to be both genres. The area where the game really has trouble is in the game commands department. While issuing orders to specific units is relatively easy, even too easy on the lowest difficulty, you can practically play through the entire game without ever leaving the command map screen. I was personally able to accomplish this feat on 2 of the 11 maps in the South Pacific campaign. I attempted it to see if it could actually be done. Taking control of vessels and planes is where things start to get a little complicated. It’s mainly because each different unit — the boats, subs, and planes have a different control method. All of them are fairly easy to learn and master, but when you are playing the game you tend to hit the “pause button” during the actual game, as you try to reorient yourself to each new setup during the battle.

Command issues aside, Battlestations: Midway is a very fun game if you’re into single player strategy titles. However, just throwing many ships and planes at each new problem really doesn’t work well here. You have limited resources and no unit is really that resistant from an attack from any other unit in the game. But it is a lot of fun just attempting different tactics to see what will actually work and what will turn out to be a complete disaster. It’s really too bad each single player mission plays out almost exactly the same, map after map. Sadly, this cuts the replay value down significantly. Of course, that’s what the multiplayer component is for — to keep the game replay value strong. 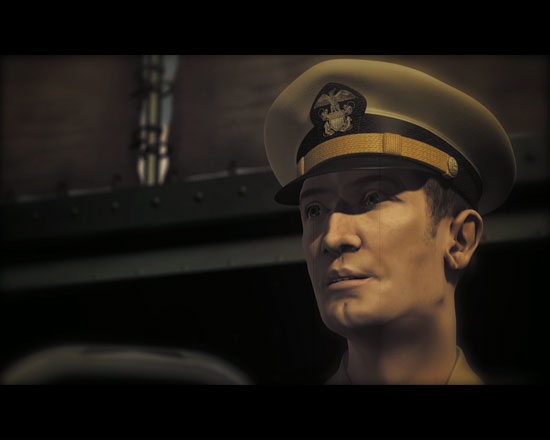 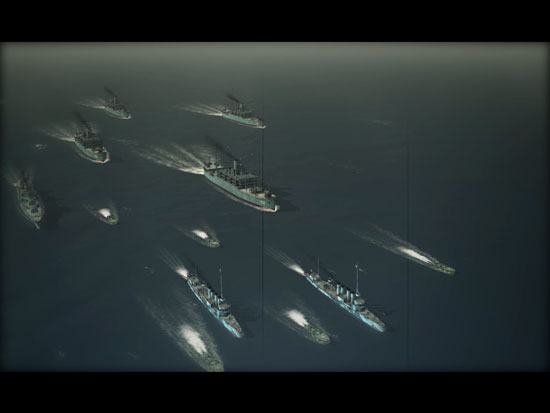 Battlestations: Midway allows you to play a multiplayer map with between 2 to 8 total players online. As stated earlier, you are required to have an Internet broadband connection. You have to login to the Gamespy Server before even going into the main screen for the first time. You can either host a server with your version or you can join servers with the in-game browser. Since there is a limited number of missions and maps to play, the number of players in a match really affects the way your gaming experience goes. If it’s just you against another player, you have complete control over all of your ships and planes. You already know what you have to do at that point, just play as if you are in a single player mission. However, as players are added to your match, the amount of ships and planes stay the same, meaning you have to work in ideal synchronization with your teammate(s) if you want to have any hope of victory over your opponents. It is a unique way to tackle a multiplayer match. A very pleasant built-in leveling system keeps gameplay interesting. Concerning some of the multiplayer maps, there are times that one side will be placed at the start of the map at a complete disadvantage, however, that is the way the map was designed for to ensure comprehensive balance and that shortcoming can be reversed by good overall gameplay.

There are various aspects that troubles me concerning the multiplayer element of Battlestations: Midway. There is absolutely no wayyou can “password protect” or “lock” multiplayer. Oh well, so much for private Internet games among friends. Having played many online games in my career I cannot recall ever seeing a multiplayer game that would not allow you to password protect a gaming server so only selected players or members of your own group would have access to your hosted server. Other multiplayer problems include having to enter your server name each time that you start because it will not save it by default, the lack of in-game admin documentation or procedures. It must also be noted that during my multiplayer testing I was disconnected on two separate occasions from a game that put me back on the desktop. I had a couple of problems with connecting to the GameSpy account server including my PC once completely locking-up. Considering some of the problems addressed here leads me to believe that if the single player game is to be considered Battlestations: Midway’s “strength”, then multiplayer must be it’s potential “Achilles Heel”. 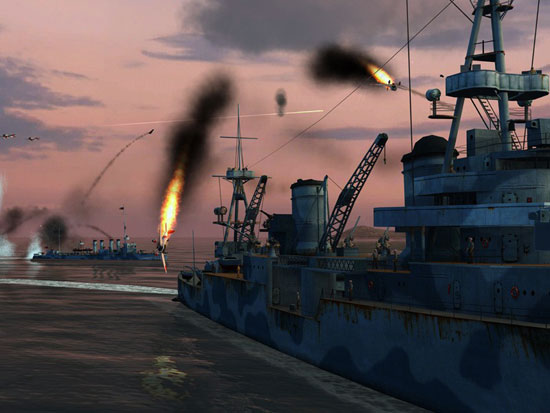