My dad was on a PT Boat during the Vietnam War. Sure, PT Boats: Knights of the Sea is based on naval combat and patrols in the Atlantic Ocean during World War II, but I couldn’t help to look forward to this game; maybe it would give me a taste of what my dad went through and what he may have done.

PT Boats: Knights of the Sea is developed by Akella, an Eastern European development house, and published by Battlefront. You can only buy the game through Battlefront’s web site either as a digital download, a hard copy shipped to you, or both. Battlefront uses their eLicence system for digital rights control. That gives you a key to enter and unlock the game. You can have the game installed and licensed on two machines at a time. I believe this system works well. You can un-install and re-install a license as much as you want; the only downside is that to license you must have an internet connection. Once licensed you can play without an internet connection.

The box copy comes with a fully printed game manual (24 pages) as well as the unique “Ship Guide” book (56 pages).

From the main menu you have the options of settings and credits, including many options on how much of a simulation you want to make the game. 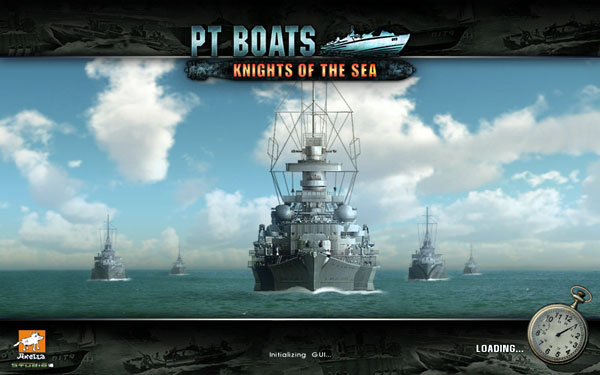 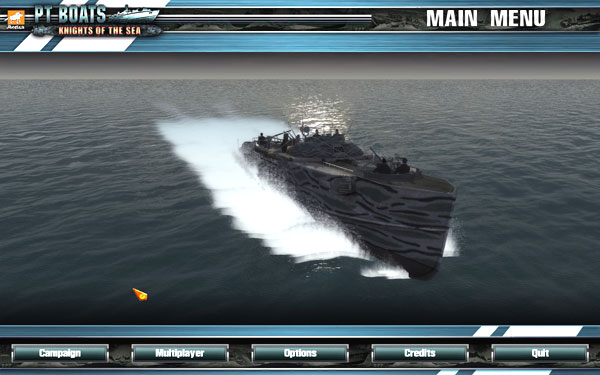 There is a single player campaign which consists of five (plus a bonus) episodes, each with five missions  (except for the tutorial, which has three missions). The tutorials have text and voice-over instructions. Each mission can be played by either side (depending on the episode location the options are Germany, England, or Russia). 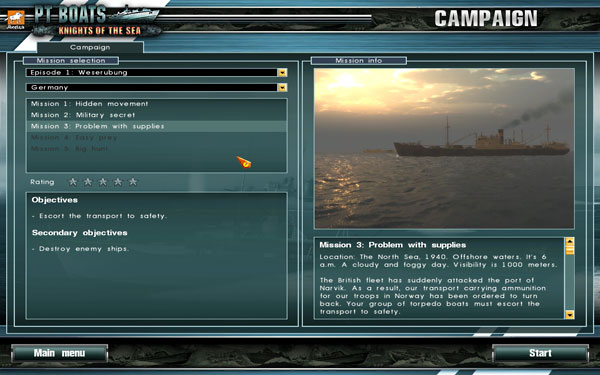 There is also multiplayer, which offers three modes of play: Deathmatch, Team Deathmatch, and Players vs. Bots. You can see and join games listed within the game server browser or host/create your own server. 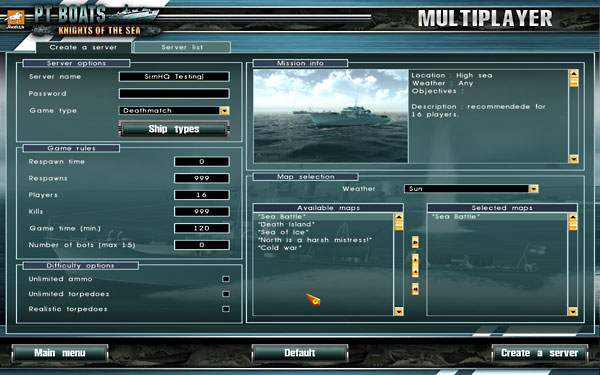 The graphics and sounds are top notch. Certain aspects of the game visuals and sounds may not be the greatest out there, but they are definitely not sub-par either. The game engine capability does produce some dramatic lighting and shading, so we suspicion any screens lacking are due to time constraints. They do the job of visual and audio satisfaction and all at pretty good frame rates; I got about 90 FPS with everything maximized using DirectX 9c, and about 70 FPS with DirectX 10. The sounds of the guns firing are loud and clear when you take control of them. The visuals are beautiful, but I have noticed that smoke and water wake can disappear and reappear as you move the view around; this is less prevalent when using DirectX 10.

Click here for a Flash-based slide show of PT Boats: Knights of the Seas images. 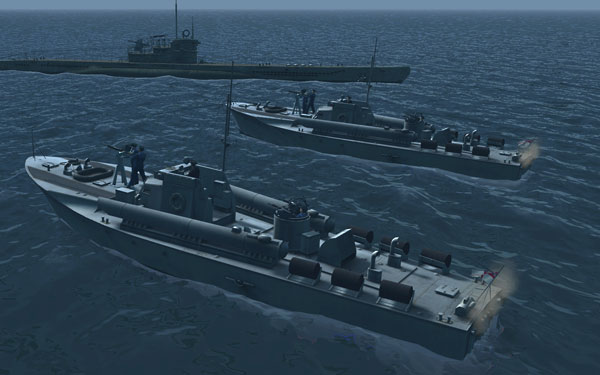