If you purchased Ironclads: American Civil War strictly for the looks, I think you will be disappointed because it will not win any awards for graphic excellence in modern gaming. The sun reflection on the water is a nice effect, and the water itself would have to be considered average compared to some other naval games on the market. The land details lack any sort of features whatsoever. There are no trees, no buildings (except for ones that are an objective), no fences, no roads. I must consider that the land was completely overlooked when under development. I somewhat knew this game was not supporting state-of-the-art graphics simply by the size of the download, but I was expecting a little more than what is currently present. I know Ironclads: American Civil War is the very first game developed by Totem Games, and I must say they did real well for their initial product, but a little more detail in the landscapes would have been nice to look at during the gameplay. Fortunately, the leading element in the graphics department is that the ship models contained in the game are very detailed, but there is no animated ship personnel running around the decks positioning guns. Most of the modern naval games have that immersion feature today. Even with the lack of visuals, the combat feel is still unmistakable. 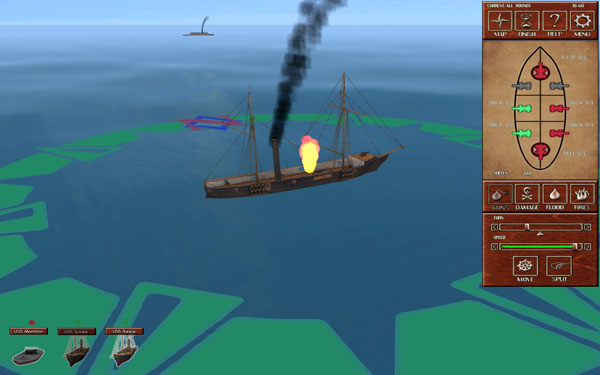 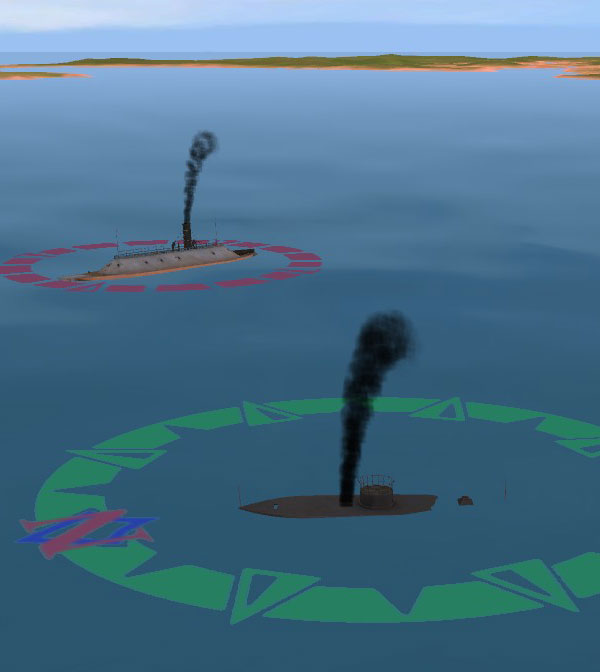 Sound capabilities in Ironclads: American Civil War consists of recurring and looping effects such as the operation of the steam engines, the blasts of cannon fire, explosions of the shell hitting the target. Because of the limited effects, it can get dull at times. It should be noted that there is no musical score while you are actually playing the game, except for the rare occasions when the music inadvertently “sticks around” after the game loading screen. The music is limited to the main menu and loading screens. I believe the music could have been accomplished much better than it was for a game with Ironclads: American Civil War‘s price tag. The orchestra plays and repeats the same basic chord over-and-over again in a loop.