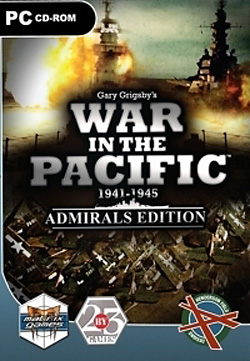 How many times can an engine be used and still be viable? Well in this case the fourth time is still the charm.

In 2002 Matrix games released Uncommon Valor (UV), a turn based wargame that revolved around the conflict in the South Pacific in 1942 and 1943, the pivotal time of the war between the Empire of Japan and the Allied forces of the United States, Great Britain and Australia. This game harkened back to the great days of board gaming and truly was, in my opinion, one of the best games of the period. To be honest, until I bought UV I had abandoned much of the wargaming hobby that was once a very strong part of my life.

Matrix released War in the Pacific, or WiTP as most players of the game called it, back in 2004. WiTP took the basic engine of Uncommon Valor and expanded it to the entire Pacific Theatre. The map encompassed the entire area from India to the west coast of the United States. The player had a lot more control over production (especially as Japan) and deployment of troops and equipment as well as a much larger database of ships and ground troops but along with this came a lot, and I mean a lot more micro-management of the entire war. It was a lot of fun for the hard core wargaming nutcase (like me) but more than a little frustrating for those folks that aren’t really into that stuff.

After the release of WiTP there was a redo of the title based upon the potential battles that could have occurred in the 1920s. War Plan Orange: Dreadnoughts in the Pacific 1922-1930was essentially the same game as War in the Pacific but with a distinctly pre aircraft carrier feel to it. Battleships were still the kings of the seas at that time. While enjoyable the game didn’t have the same feel as WiTP and the limitations on the AI really began to show with this game.

In mid-2009 Matrix released an update to the original WiTP, calling it the War in the Pacific: Admiral’s Edition. While at its core the same game as the original WiTP it has a lot of significant differences that make the game new in many ways.

Since I did the original seven-page review of the game when it was released in 2004, a total renewal of that review could easily run ten plus pages. Our resident SimHQ Editor would probably skin me alive for such a long-winded (even for me) review so I will contain this review to significant changes and provide my overall opinions. 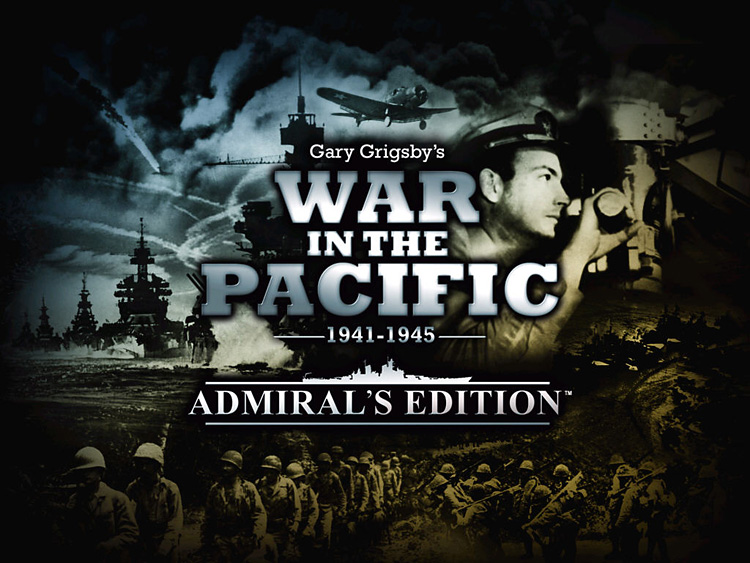 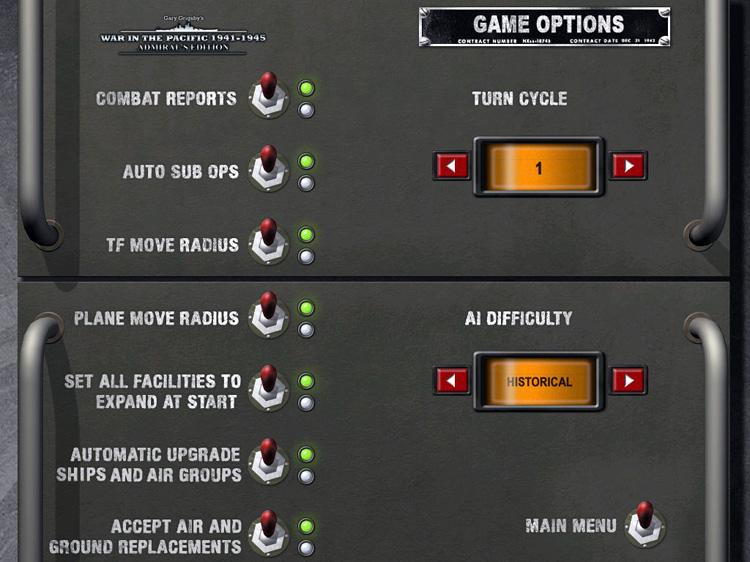 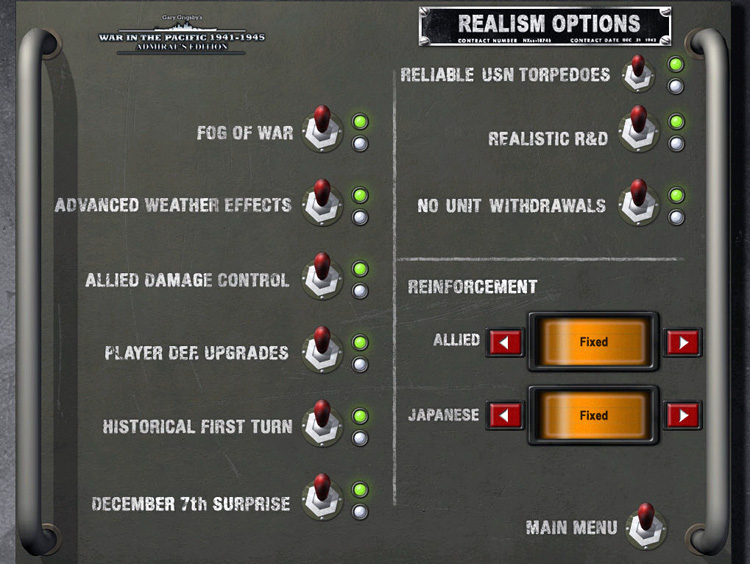