I decided to simulate the opening round of the battle of Coronel between the four main protagonists, taking place off Chile, in 1914, to show you damage details.

Some of the new ships on the British side include the Drake class armored cruisers, and Christopher Cradock’s Good Hope was of that class. HMS Kent stood in for her lost sister Monmouth… 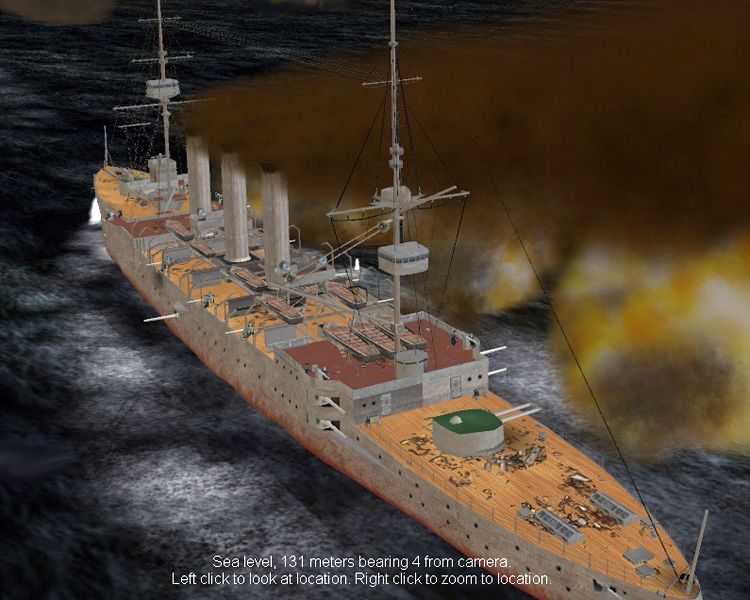 …and the parts of von Spee’s Scharnhorst and Gneisenau were played by SMS Roon and Yorck their immediate predecessors that sadly lack four of their 210mm guns. 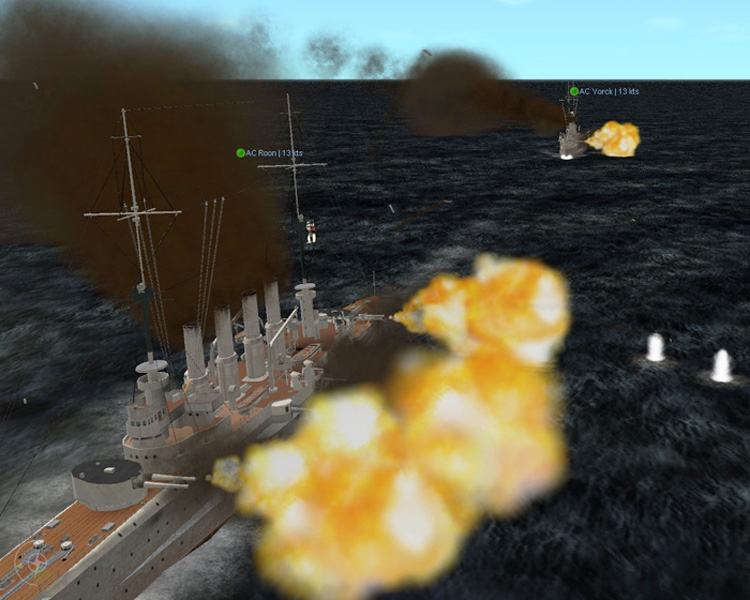 The middle of the North Sea at high noon substituted for the Pacific.

Battle was joined at the suicidal range of 2000 yards, and ended predictably, with Kent sunk, Drake heavily damaged, and the Germans victorious. Drake’s two 9.2 inch guns were the only thing that could match the German 210mm guns, and the Germans had 8 of them to the British two.

Now, take a look at the closeups of Drake after the battle. Look at the shell holes! See the detail of the damage? 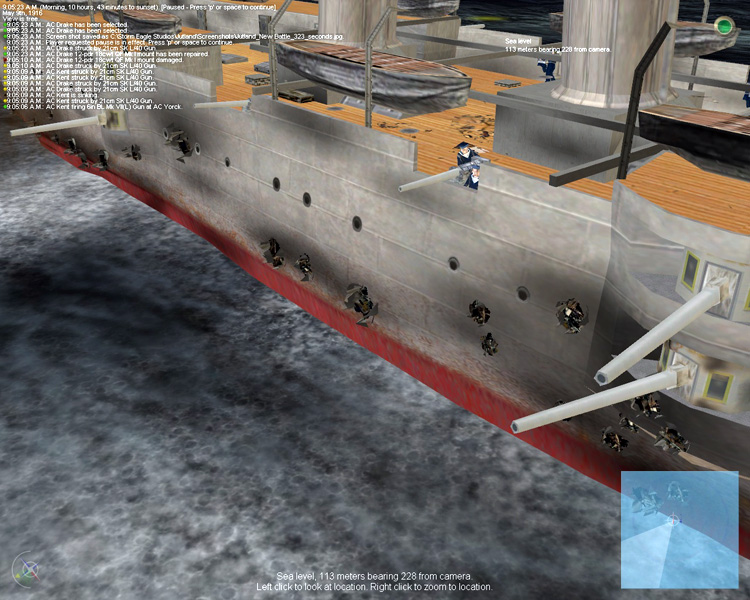 Look at Kent, with her three funnels all askew, burning like mad, still banging away hopelessly at SMS Yorck. 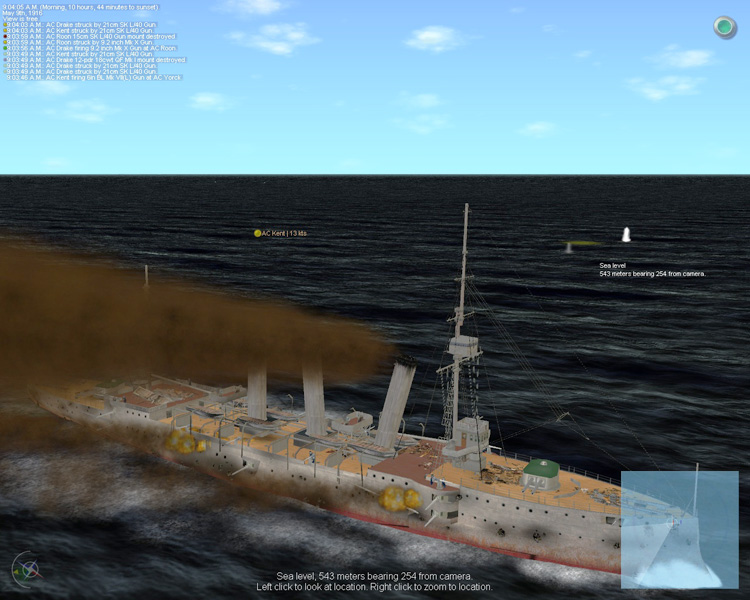 It, to me, conveys the hopelessness that Cradock’s men must have felt as they watched their 6-inch shells bounce off the German armor, after Good Hope was lost.

Battles take place over time, on the water. I can’t begin to control the large fleet actions that Jutland allows, so often I will boot up a large scenario and let the computer play against itself. The first set of dark, grey screenshots came from just such a scenario, a hypothetical, fogbound melee between the British and Germans taking place in mid-1915.

One thing I enjoy about this series is the music. Storm Eagle has spent some time crafting mood music for Jutland, most of it coming fromDistant Guns, only with embellishments. I like it, it sets the mood perfectly.

If you have Jutland, you seriously should consider upgrading to Ship Pack 2 – Dogger Bank 1915. It will enhance your experience and add to your fun.