AMD is announcing today two new processors to their Athlon 64 series of CPUs, the Athlon 64 4000+ and the Athlon 64 FX-55. Both processors are 939-pin, micro-PGA parts and are manufactured at AMD’s Dresden, Germany, fabrication plant using a 130nm SOI process. The FX-55, with its 2.6 GHz clock speed, is a speed stepping of 200 Mhz above the FX-53 and its 2.4 GHz frequency, with both parts sharing the same amount of cache, 128 KB (64 data + 64 instruction) of L1 and 1 MB of L2 cache. The Athlon 64 4000+, however, has an identical clock speed to that of the 3800+ reviewed earlier this summer, which is a core frequency of 2.4 GHz. Interestingly enough, the 4000+’s L2 cache has been doubled in size to 1 MB to match that of the FX chips. The chart below shows the different specifications of the CPUs that will be tested in this review.

It is somewhat surprising to see AMD increasing the L2 cache of the Athlon 64 4000+ rather than its frequency because of the increase in transistors this has added to the processor. Increased die size translates into fewer chips per wafer for the manufacturing process being used, which obviously means fewer processors to sell to OEMs or the retail market. AMD’s roadmap still lists a 90nm Athlon 64 core, code named Winchester, due the second half of this year, so once available we should see clock speed increases in addition to the 1 MB L2 cache as the cores are migrated to the new process. The move of the Athlon 64 FX processors to 90nm is not expected, however, until early next year. Until then, the 4000+ is a cache rather than clock speed increase over the 3800+.

In addition to the integrated memory controller and its 6.4 GB of bandwidth the Athlon 64s boast, AMD is also continuing to heavily market EVP (Enhanced Virus Protection) and C’n’Q (Cool‘n’Quiet). Also known as NX (no execute), EVP is hardware support designed to prevent the running of code that attempts to execute in a memory area marked as a data page, which is a common tool used by many malware authors. To enable EVP requires Windows XP with Service Pack 2 to be installed. C’n’Q works by monitoring system usage (CPU cycles) and dynamically adjusting the processor’s frequency and voltage down to reduce heat during periods of lessened workload. Noise is also reduced using an on-die thermistor to detect lower temperatures, at which point the fan speed on the processor is slowed. Once the temperature rises the fan will resume its full speed. Care was taken during testing to ensure that C’n’Q was disabled to avoid inaccurate performance scores. 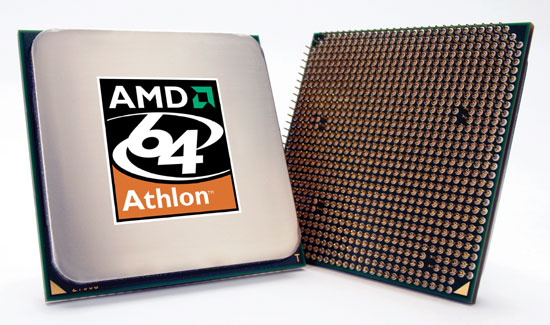 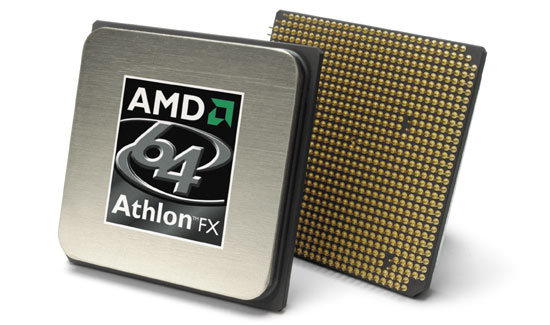