In July I had the pleasure of reviewing NaturalPoint’s TrackIR 3-Pro™. In my review I essentially stated that the TrackIR™ series will supplant the view hat as the mechanism of choice for the true hard core combat flight sim pilot. No one, at least no one with the monetary means available, would be willing to give up such an advantage in a dogfight. The situation awareness advantage is amazing with the TIR and in most flight sims getting the view of the enemy first is the biggest single advantage you can have.

Well, I was somewhat surprised when a small box from NaturalPoint arrived at my home. Inside was the newTrackIR™ Vector Expansion that NaturalPoint is now offering to owners of TrackIR 3 and TrackIR 3-Pro. Included is a NaturalPoint hat and keycard which gives the owner the ability to unlock the software downloaded from the TrackIR site.

So, what is this Vector Expansion?

Well, to put it simply, with the TrackIR system you essentially get only the up / down and left right aspects of head movement. While certainly a massive improvement over older hat switches, key presses and padlock keys it still limited overall head movement in the cockpit. In reality only a few sims actually even bothered to model some of the side-to-side and front-to-back movements of the cockpit.

It may seem like a minor thing but imagine trying to drive a car without being able to move your head from side-to-side. Simple things like parking a car would become very difficult. Essentially, it is the same thing in the cockpit. Pilots can move their heads around to get a much fuller view of the surroundings or to peek around obstacles in their path of view.

What the TrackIR expansion does is allow the lateral, up / down, and front / back movement that people take for granted in the real world. The TrackIR expansion uses three-point locations instead of the one used for the standard TrackIR. By tracking three-points, the device is able to correlate head movements into multiple directions in the game. By amplifying the small movements that the virtual pilot makes the TrackIR system allows for large head movements.

The Vector Expansion only works with the current version of the TrackIR (3 or 3-Pro) so if you own a TrackIR 2 or 1 don’t plan on using it with your setup. I don’t think there is a way to retrofit older models to work with the expansion. This is too bad, there are quite a few people out there that probably would like to use this device but don’t have the funds to upgrade from their older TrackIR to the newer model. 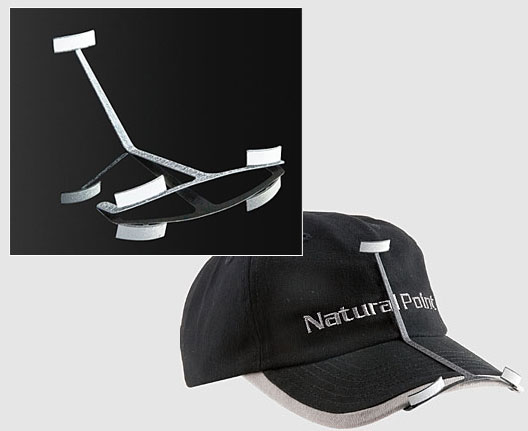