Pacific Fighters version 3.04 was run in OpenGL and with all video options set to medium (normal for Objects detail) using the in-game F4F vs. G4M track. 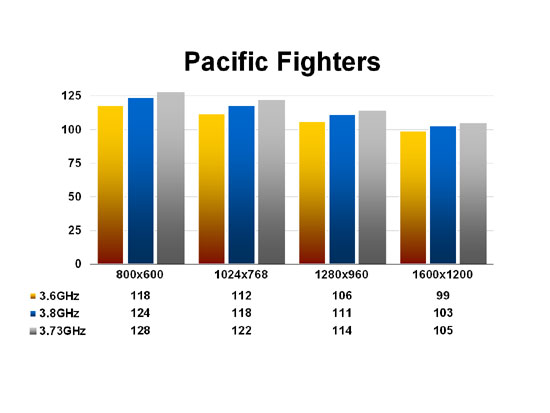 The IL-2 engine has demonstrated past benefits from faster front-side buses and the above Pacific Fighters numbers bear this out as the 3.73 Extreme Edition pulled ahead of the 670’s higher clock frequency. In fact, Pacific Fighters displayed the most performance difference between the tested CPUs among the games used in SimHQ’s benchmark suite, though whether or not the frame rate increase justifies the price tag for the Extreme Edition is up to the individual to decide.

Microsoft’s Flight Simulator 2004 was configured with medium-high settings enabled across its four display option panels, with ground scenery cast shadows enabled. Trilinear filtering was also enabled and the max texture size slider bar placed in its middle, and sound was set to low. SimHQ’s test demo consists of a short dusk flight over Hong Kong city, with the ground shadows dropping the frame rate as the buildings were approached. 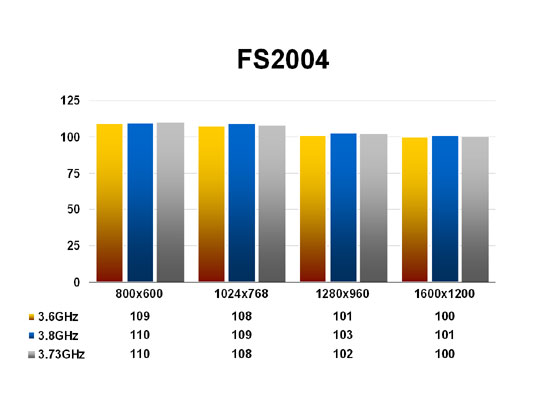 FS 2004 was a wash in its performance between the processors, showing miniscule frame rate differences though the 670’s slight higher clock speed managed to nudge its scores ahead of the 3.73’s by the smallest of margins (one frame).