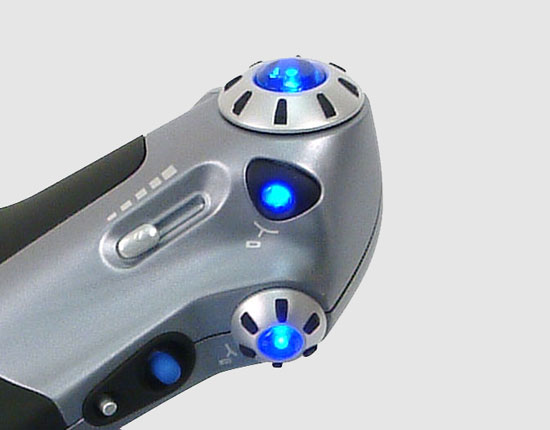 The first button on the side rotary is an “information” button that allows one to change profiles within a simulation. Pretty impressive. I have no idea why one would need to do that, but okay…

The button on the top rotary has a large “E” on it. I have no idea why, as it’s a regular button, unless they’re following their letter label system. Probably so, but it just seemed weird to me, and everytime I see it I think “oh, the energy button!” (Editor’s note: Maybe it’s the “eject” button, Frank

The slider is cool. Very, very, very cool. I assigned it to control my flaps. My flaps are now adjustable through the whole range of settings! Ten degree flaps? No problem!

There’s an information screen on the throttle unit that should impress the snot out of me, but it doesn’t. Sure, it’s neat that it’s also a clock, has a timer on it, and will display the profile (and some commands as you press buttons if you rename them in an active profile), but I ignore it most of the time. 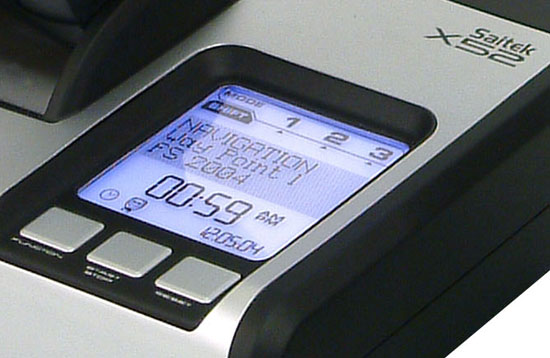