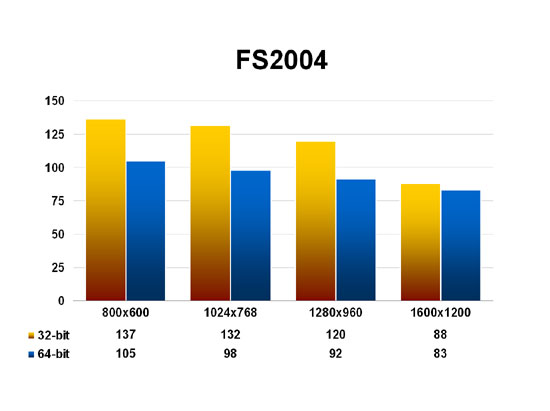 Ironically enough, it’s a Microsoft title that displayed the first real performance hit while running on the new OS. MS’ Flight Sim 2004 dropped over 20% at the lower resolutions, though the difference was reduced to only slightly over 5% at 1600×1200.

Pacific Fighters, patched to version 3.04, was tested in OpenGL with all video options set to medium (normal for Objects detail) using the in-game F4F vs. G4M track. 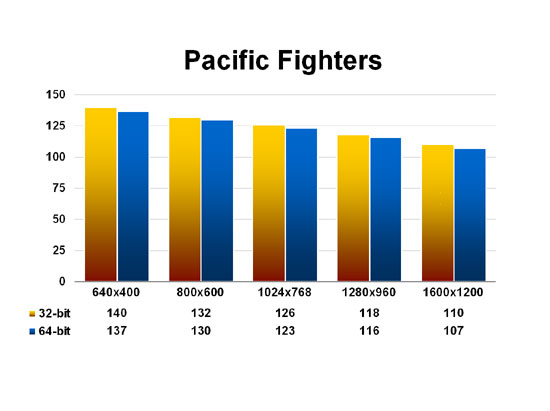 Windows XP Pro x64 bounced back with Pacific Fighters, again displaying only a small performance gap with the 32-bit version. Players wouldn’t know which OS they were using if playing with the test settings configured on their systems.