Right now, like John, I cannot recommend the Windows XP 64Pro operating system for most mainstream users and gamers like us. It looks absolutely no different than the 32 bit version and in general runs exactly like it. Microsoft Word may load and save faster under XP64 but with the other problems that I am seeing with the OS I don’t see that being a significant reason for an upgrade.

I am semi literate on hardware and software which means I can diagnose and fix most problems without resorting to calling for help but I am not Tech Support all by myself. For someone who is less than literate than I am with computers I can see a fiasco in the brewing with trying to upgrade to the latest version of Windows. 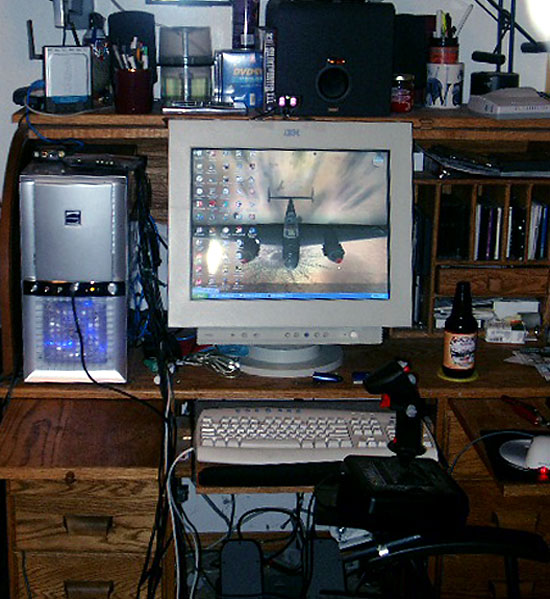 Losing your TrackIR is an inconvenience. Losing your printer is pretty hard to take. Losing antivirus protection could be a show stopper. There is the answer of having a dual boot system but the average, off the shelf computer owner isn’t going to know how to do that, nor will they want to go through the hassle of going through the process just so they can setup two different OSs which look identical to each other. Unless you are a major dedicated FarCry player, there is not a significant advantage to the average gamer in the upgrade.

Now, having said that, I don’t doubt for a moment that 64 bit processing, like Longhorn, (whatever decade they release that thing) will probably be the future of operating systems. People who are planning on buying a computer in the next six months should really look hard and fast at what they are buying. Computer companies are going to start dumping older 32 bit processors on the market pretty soon as the 64 bit processors and operating systems become more and more common.

You may get some decent deals but you may be pigeon holing yourself into a box that may not take advantage of future software and hardware. I am sure that Longhorn will have legacy support for 32 bit processors; it would be downright stupid to ignore what is probably 75 percent of the current PC users. At the same time if you are upgrading soon and plan on keeping that box for a couple of years, you may just want to go ahead and go for one of the newer 64 bit processors.

Right now, and for what looks like for the foreseeable future, that means to me looking at an AMD based system. Intel right now has the corner market on computers but clock speeds appear to be becoming more static. What AMD has been able to do with clock speed Vs real world performance is impressive. While some may look at an Intel box and go ‘cool, it is running at 3400MHz’ the AMD tends to run just as fast in real world apps, runs cooler and is considerably cheaper than it’s competition. What AMD lacks is the overall PR campaign of Intel.

Companies like Alienware tend to run AMDs in their top-of-the-line computers. Since the price Vs performance difference still tends to run in AMDs favor it means gamers can invest more in their video cards and their peripherals. Intel I am sure will make up any difference in the future but to me the top chipset right now has to be the Athlon64 and FX series. While I cannot recommend XP64 quite yet, I do think that anyone who doesn’t consider the AMD line of processors when upgrading is missing out on what looks to be a very good deal for their gaming dollar.