The battle between AMD and Intel for dual-core dominance continues as both companies ready follow-on processors to last year’s initial offerings. As noted last summer in SimHQ’s first dual-core duel article, there are significant architectural differences between these parts: for Intel’s design, each core uses the front-side bus to the memory controller found in the north bridge of the core logic chipset on the motherboard; in contrast, AMD’s architecture uses the Athlon 64’s on-die memory controller, with arbitration handled via a crossbar switch (dubbed the SRQ, or System Request Queue) that is likewise on-die. This essentially means that AMD’s dual cores communicate more directly with each other while Intel’s parts must go off-chip to talk to the MCH (memory controller hub). And the new follow-on dual cores from both companies that will be examined today do not deviate from these existing architectural differences. 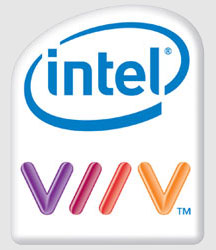 Intel’s new high-end dual core, the Pentium Extreme Edition 955, code named Presler, is the first processor fabricated using a 65nm process. The chip is clocked at 3.46 GHz and runs on a 1066 MHz front-side bus, unlike Intel’s 840 part released last summer that ran on a FSB of 800 MHz. The 955, based on Intel’s Netburst architecture, also supports the standard features of Hyper-Threading, EM64T, and advanced power management. Moreover, the 955 supports Intel’s Virtualization Technology, enabling the ability for the part to run multiple operating systems concurrently. The most significant change to this new dual core over its predecessors, however, is that the L2 cache size has been increased in size from 1 MB to 2 MB per core, giving the part a total L2 cache size of 4 MB. This increased cache size also helps give the CPU an unprecedented 376 million transistor count.

Intel shipped the 955 with the company’s latest 775-pin desktop board, the D975XBX, which sports the new 975X chipset. The new motherboard is extremely similar to the 955X in terms of features supported — DDR2 667/533 support, four serial ATA ports, Intel’s Matrix storage technology for RAID support, integrated audio and LAN — though the PCI Express lane configuration has been changed to better support dual graphics cards. The motherboard has a total of 22 PCIe lanes: six x1 lanes for add-in cards and 16 lanes that can operate in either 1×16 or 2×8 modes depending on the number of graphics cards installed. Only ATI’s dual PEG Crossfire solution has been tested with 975X boards so the word is still out whether or not NVIDIA’s SLI is or will be compatible. And while the 955 is a Socket T part, it requires a 975X motherboard for its voltage controls and won’t run on a 955X-based board, unlike Intel’s previous dual cores.

AMD’s latest dual core, the FX-60, is likewise, despite the new use of the FX branding, a fairly straightforward continuation of the company’s solid dual-core lineup. The new part is clocked at 2.6 GHz, compared to the X2 4800+’s 2.4 GHz, and is also based on the Toledo core manufactured using AMD’s 90nm SOI (Silicon on Insulator) process. This means that the FX-60 sports 1 MB of L2 cache, SSE3 instructions support, and a tweaked memory controller that allows for mismatched memory modules to operate in dual-channel mode and without the performance hit previous cores experienced with such configurations. The FX-60, boasting roughly 233 million transistors, is also a 939-pin part that is fully compatible with existing motherboards, though a new BIOS is most likely needed for Cool’n’Quiet to work correctly. And the thermal envelope of the FX-60 allows for existing cooling solutions to work with the new part just fine. That said, the FX-60 is purportedly the last Socket 939 part AMD plans to release before launching its new socket next quarter, so there won’t be much of an upgrade path for those building their first 939-pin system at this point in time.

Testing in this article will include these new dual-core parts and their previous siblings, Intel’s 840 and AMD’s X2 4800+; in addition, the Athlon 64 FX-57 is included to compare these dual cores against the fastest unicore processor currently available. The Athlon 64 FX-60 is slated for market availability on January 10th and the Pentium Extreme Edition 955 on the 16th. Both parts will be initially priced above $1,000, not exactly for the faint of heart or thin of wallet.

In addition, both test systems shared the following identical components:

The two test systems were built using the newest BIOS release and chipset and add-in component drivers. Anti-aliasing, anisotropic filtering, and vsync were forced off in the graphics control panel during all testing. Windows XP Professional (SP2) was loaded and configured to have automatic updates, system restore, and all unnecessary startup services disabled. And unless otherwise noted the licensed version of Fraps 2.7.1 was used to record performance scores.