Despite the similiarites in the number of functional units between the Radeon X800 XT and X1800 XT, there is little doubt that ATI’s new architecture is considerably more efficient than the company’s previous generation. While the 25% core clock speed and 50% increase in memory bandwidth (and doubled onboard memory) advantages of the X1800 should not be discounted, the new design nevertheless saw impressive performance gains over the old. In situations not affected by processor speed, memory bandwidth, or memory storage considerations, the new high-end Radeon still outperformed the X800 by far more than its 25% clock speed would otherwise account for. Moreover, few titles currently on the market take good advantage of Shader Model 3.0’s ability to manage DX9 shader code more efficiently than previous models, and in this area ATI’s ultra threaded architecture, with its dispatch processor, branch execution units, and ring bus memory controller, should truly shine.

As noted earlier, the Radeon 1000 family of products also introduced a number of video and image quality improvements. New features like Adaptive anti-aliasing and High Quality anisotropic filtering can improve upon the display quality of a favorite simulation or game, though not without cost to performance; AAA, in particular, by super-sampling the transparent textures in a scene brings a strong frame rate loss that reminds us why the graphics IHVs moved to multi-sampling schemes for their standard AA support years ago. That said, HQ AF is particularly useful for improving texture filtering in games with uneven surfaces, a trend that is becoming more common with the growing geometry complexity of current and future titles, all at a performance penalty less than AAA incurs. And AVIVO’s ability to turn a Radeon 1000 GPU into a video transcoding monster that trounces even the fastest dual-core processor using multi-threaded encoders in conversion times is a video editor’s paradise.

The Radeon X1600 XT, initially priced at $250, hit the market with something of a thud, but in the past few months real-world pricing has put the part in the sub-$200 category (the XT can, in fact, now be found for less than $170), making its price-performance ratio more attractive for those shopping for a midrange graphics board; and as a DX9 card with 256 MB of onboard memory, the X1600 owner should be in good shape for running Windows Vista once the new operating system is launched this fall. For a mainstream part, the X1600 offers enough performance to run the latest games in all their glory at lower resolutions and an extremely rich feature set that improves upon ATI’s previous midrange offerings in areas such as SM3.0 support, AVIVO, and improved image quality options. Final Score: 8.5 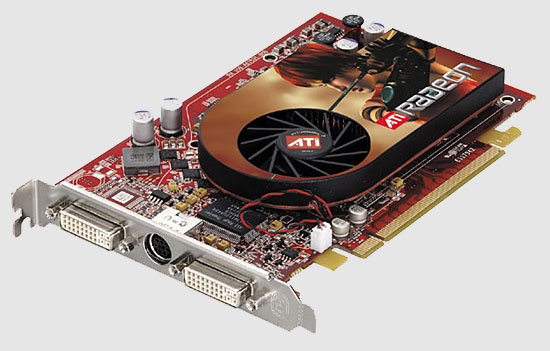 The Radeon X1800 XT’s online pricing has been dipping down below $500 and should continue to drop with the launch of its refresh, the X1900s; in fact, ATI has lowered the MSRP to $500, which will certainly drive pricing into the mid-$400s shortly. That still puts the board squarely in the high-end price bracket, yet for the money there’s a lot of performance and technology that comes with it. If the X1800 XT has a weakness or flaw to its architecture, it could be argued that its design is too forward-looking and requires more advanced games than those currently on the market to really take advantage of its improvements. While the X1800 XT is a dual-slot card that has a fairly significant power utilization, the part marries outstanding performance and technology to a variety of features-such as the ability to apply anti-aliasing to float-based HDR and angle independent texture filtering-that can’t be found in other graphics cards available today. Final Score: 8.9 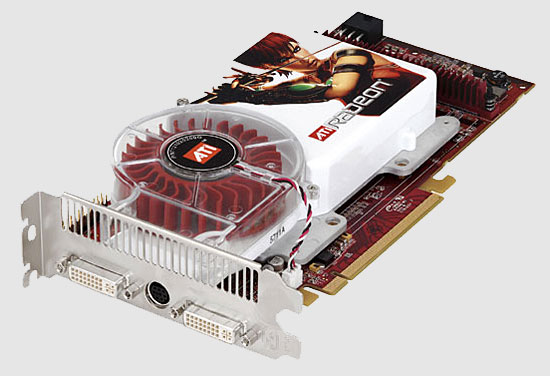