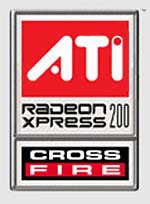 CrossFire performance is certainly something of a mixed bag, at least from the perspective of SimHQ’s benchmark suite. The gains exhibited by Chaos Theory and Call of Duty 2 bodes extremely well for CrossFire’s potential for performance improvement in titles that have been profiled by ATI’s driver team (both of the above titles use AFR) or work fine with the default rendering mode. Particularly appealing is SuperAA performance in comparison to a single board’s AA results; end users can essentially double the number of anti-aliasing samples in their games for a negligible loss of frame rate. And the SuperAA modes do grant at least some benefit for the added cost of a second graphics board for simulations like MS’ Flight Simulator 2004 and Flaming Cliffs, titles that currently see no performance gains under CrossFire.

In addition to the testing for this article, we also ran a handful of games outside of SimHQ’s benchmark suite through their paces on the test system. Titles like F.E.A.R., Quake 4, and EverQuest 2 have an undeniable appeal in being able to play them at 1920×1200 — the maximum resolution of the test system’s display — with SuperAA and High Quality anisotropic filtering both enabled. In fact, the native resolution of Dell’s 2405FPW LCD felt somewhat restrictive since a Radeon X1800 XT-based CrossFire configuration could easily drive even new, graphically-intensive games like the ones mentioned above at resolutions well beyond 1920×1200; flat panels like Apple’s 30-inch Cinema or Dell’s 3007FPW, both 30″ 16:10-ratio widescreen displays, are almost a necessity for allowing this dual-card graphics solution to truly shine in applications that scale well with CrossFire’s rendering modes. 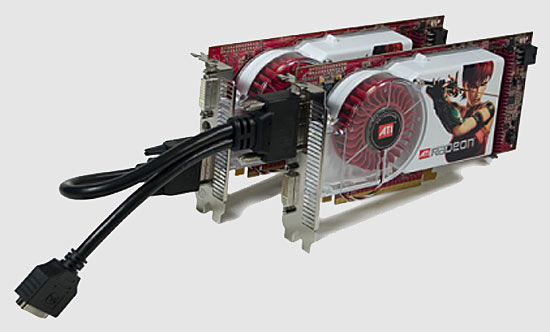 Yet with all four of the simulations used for benchmarking by SimHQ for this article failing to truly scale in performance with the addition of a second graphics board, SimHQ is forced to conclude that CrossFire is not quite ready for the simulation community. ATI needs to either work far harder at adding additional game profiles to their Catalyst driver suite or at giving the end user the ability to experiment with the available rendering modes and create custom profiles on their own. The potential for strong performance improvements is undoubtedly there insofar as hardware is concerned — as demonstrated by how well titles that have been profiled for CrossFire support scale in performance, and as seen by SuperAA’s outstanding anti-aliasing frame rates — yet CrossFire unfortunately appears to be hampered at present time by its software support. SimHQ will therefore gladly revisit and re-examine this dual-card graphics solution if ATI change their current stance regarding end user custom profiles, or greatly increase CrossFire’s support for the simulation genre.