The Raptor family of drives is somewhat infamous for the noise and heat levels they produce. This is an inevitable result of the higher spindle speeds, yet Western Digital is still the only drive manufacturer offering the market 10K RPM SATA drives. And the VelociRaptor’s noise levels are a huge improvement over the older 3.5” Raptors, which were notoriously loud during seeks. In fact, the new Raptor was essentially inaudible over the test system’s case and PSU fans and remained cool to the touch after hours of usage. 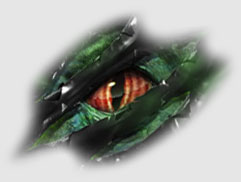 Based on these test results the new VelociRaptor and its smaller 2.5” platters are a marked improvement over the previous Raptor generation. And while the Maxtor MaXLine is an older SATA drive and not reflective of the performance offered by newer 7200 RPM drives, the VelociRaptor still offers significant performance over such drives. Pricing currently hovers close to $1 for each gigabyte of storage space, and the market could be on the cusp of a true sea change with the advent of solid-state drives later this year and next, but at roughly $299 the VelociRaptor is still considerably cheaper.

For the enthusiast seeking speed over capacity, the VelociRaptor is simply the fastest SATA drive currently available.