Sadly, the MFD Cougar pack is almost completely non-programmable. There is not a Thrustmaster provision for assigning keystrokes to any of the MFD buttons or switches, which means each MFD presents itself to applications as an axis-less joystick. Either an application supporting multiple controllers is required to use the MFDs, or the user must use a third-party utility such as JoyToKey to map the controller buttons to keystrokes.

The only Thrustmaster provided “programming” option is to use plug-ins to map the MFDs to a few presets designed for MSFS 2004 orFSX: Generic, Light Aviation and Airliner. Some of the inserts supplied with the MFDs match up with these presets so that the OSBs are labeled properly. Other paperboard inserts are blank so that they can be marked up with dry-erase marker. According to the manual, MFDs “programmed” in this manner will retain their programming if they are disconnected from one PC and connected to another. 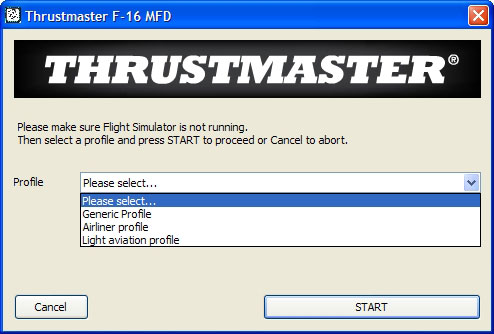 As a product carrying the Cougar moniker, SimHQ was expecting that these MFDs would have custom programming capability of some sort, perhaps integration with Foxy (the software most people use to program the Thrustmaster Cougar); this would allow macros, logical programming, and other neat tricks that the Cougar can do. However, the Cougar is fundamentally different from most other programmable flight sim controllers. Thrustmaster explains: 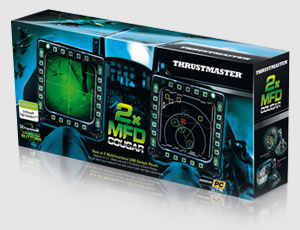 With other hardware such as the CH MFP and other simple USB devices, software for these devices creates virtual keyboards, mice and joysticks, and the software runs your ‘script’ in real time reacting to your button presses and joystick movements. This is essentially the route that all gaming controller manufacturers are taking and Thrustmaster is no different. Foxy could never be adapted to program our other USB controllers, including the MFDs! But Foxy is not the only solution Thrustmaster will provide to its customers and in the first quarter of 2010 we will unveil new tools in this matter.”

It would be nice if the MFDs shipped with completed software from Day 1, but it is nice to learn that Thrustmaster is planning for future software developments. 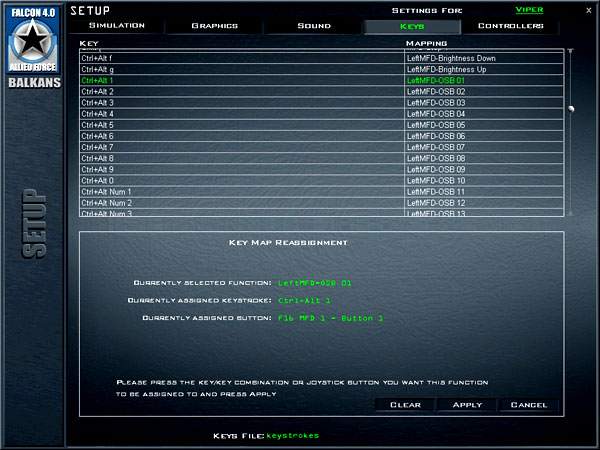 Joe tested the MFDs with Jane’s F/A-18, a title with incomplete multiple controller support. Using the MFDs in Jane’s F/A-18 required the use of JoyToKey to convert the MFDs’ buttons to keystrokes, then mapping those keystrokes to the appropriate in-game commands. 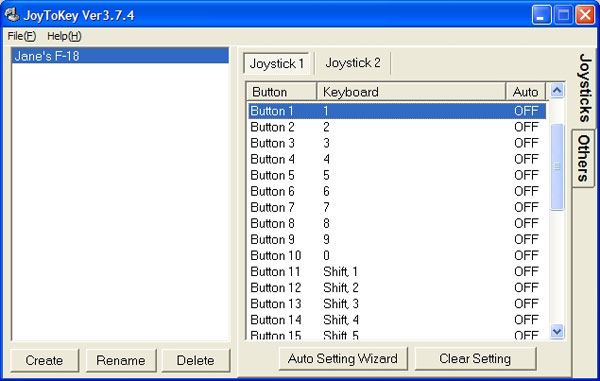 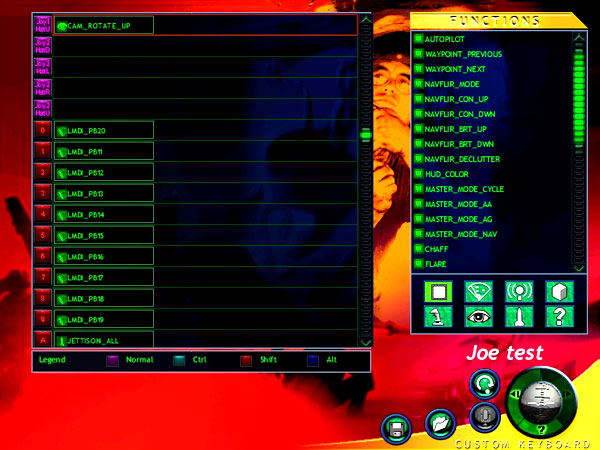 But We Want a Real MFD!

The key word in the term “multi-function display” is, of course, “display”. The MFD Cougar Pack has no displays, as discussed. This was a deliberate design decision from Thrustmaster. They explain:

“This is something we discussed from day one: would it be financially viable to provide an LCD screen for users to fit into their MFD frames, or indeed produce a high end model with built in screen? At first glance, you’d think we’d have jumped at making such a product. We have all the capability and know how and we’re always excited by projects that introduce new technology to our product range. However, upon closer inspection it became apparent that, certainly for the foreseeable future, this is a solution best provided by the community. The MFD frames are designed to provide simmers with realistic hardware to enhance their sim experience, at a very affordable price. We think we’ve achieved that by offering two MFD frames, with a total of 56 backlit buttons, that all simmers can enjoy in games supporting multiple controllers. Users can customize the inserts or remove the stands and mount the frames in their pits with LCDs or display solutions of their choice. It may be that we will revisit this in the future. However, for the time being, our resources are being directed towards new products and new software, and we hope the hardcore flight sim community will welcome what is on the way!“

For the avid pit builders in the community, the MFD Cougar pack is a welcome addition to the ever-growing arsenal of high-end commercially available flight sim hardware. For many years, pit builders have been trying to get MFD bezels, and some have even coughed up a lot of money to get their hands on real ones. Now we have access to something that looks like the real deal, for a very reasonable price, that performs equally well in a full cockpit or on a desktop.

According to producer Matt Wagner of The Fighter Collection / Eagle Dynamics, they’ve worked with Thrustmaster to fully support theMFD Cougar Pack in their upcoming DCS: A-10C Warthog flight sim. An examination of the MFD Cougar Pack will reveal that the F-16s MFDs are very similar to the Multifunction Color Displays (MFCDs) in the A-10C. According to Matt, DCS: A-10C Warthog will automatically recognize the MFD Cougar Pack and will configure them automatically to replicate the A-10C MFCDs in the simulation.

The MFD Cougar Pack is available in Europe now with a SRP of 79.99€, and will be available very soon in the USA initially through Dell and Amazon. The MSRP for the USA is $79.99. 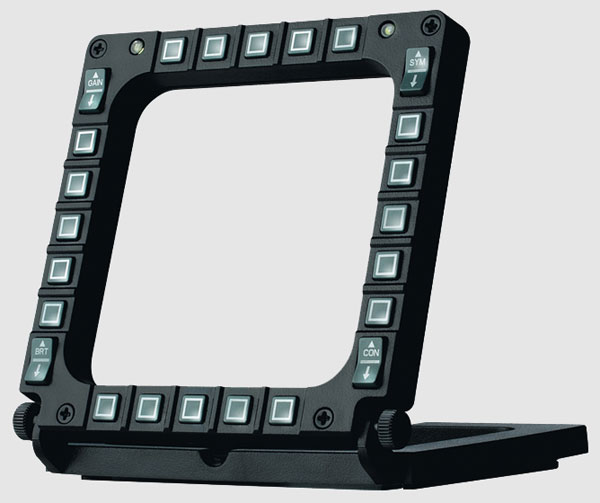