DirectX can see a maximum of eight axes per controller. As a result, it is very important that controllers with more than eight axes have a feasible system for managing this limit. 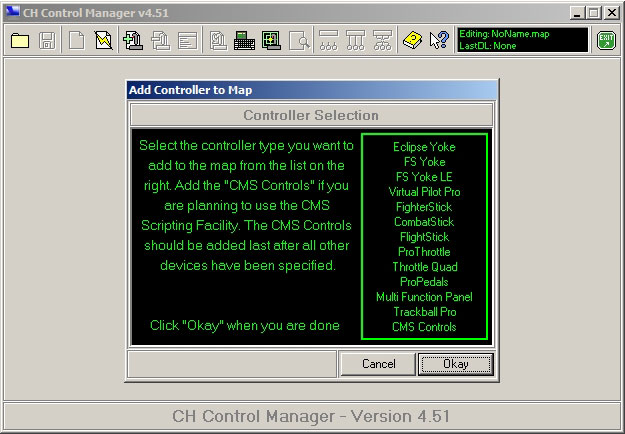 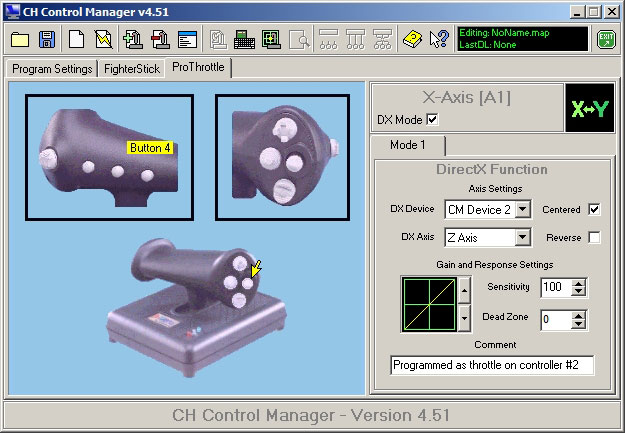 The G940 throttle and pedals connect to the stick base via proprietary pinned connectors, and a single USB connection is made from the stick base. However, three separate controllers are reported via this single USB connection so that all 14 axes can be seen by DirectX. This effectively means that titles that support only a single controller are not compatible with the G940, which is unfortunate. After the release of the G940, Logitech stated that they were considering implementing an “arcade mode” to combine controller axes. They eventually decided against this, choosing not to force the user to chose which eight of the 14 axes are seen by a sim. While this is an understandable position given that more and more titles support multiple controllers, it would still be nice to have the option available.

Like the X-52 Pro Flight, the X-65F stick and Pro Flight panels connect to the throttle via PS/2 cables, and a single USB connection is made from the throttle base. This method is satisfactory for the X-65F’s seven axes. The same caution regarding Saitek rudders combined with an X-52 Pro Flight applies to an X-65F.

The HOTAS Cougar throttle and any optional pedals connect to the stick base via 15-pin serial-type connectors. A single USB connection is made from the stick base. This presents all of the HOTAS Cougar’s axes and buttons as coming from a single controller, which is good for some older sims. However, the HOTAS Cougar has 10 axes while DirectX only sees eight. The HOTAS CougarControl Panel, the HOTAS Cougar’s configuration software, allows the user to select which of the 10 physical axes will report as the eight DirectX axes, and in what order. The remaining two axes can only be used as digital axes and will not report analogue values. 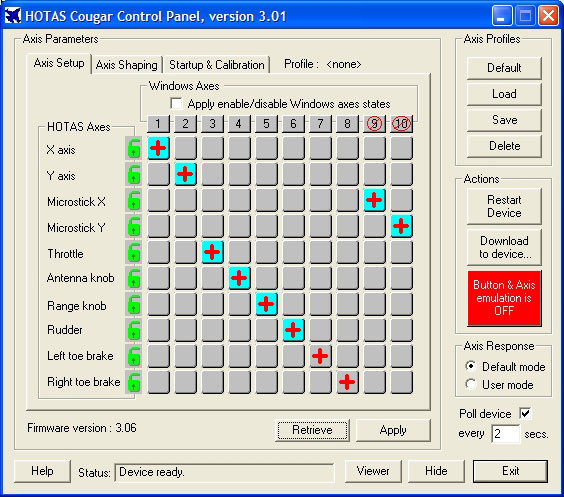 T.A.R.G.E.T. allows any physical axis from any supported device (HOTAS WARTHOG, HOTAS Cougar, T.16000M) to be mapped to any DirectX axis. Since the HOTAS WARTHOG stick and throttle connect via seperate USB inputs, this is important. T.A.R.G.E.T. axis mapping is very similar to CH’s Control Manager software, with one significant exception: T.A.R.G.E.T. can only create a single virtual controller, not many. This means that even if the 19 supported axes on T.A.R.G.E.T.’s four supported controllers are present (WARTHOG stick: 2, WARTHOG throttle: 5, Cougar: 8, T.16000M: 4), only a single virtual controller with 8 axes is presented to a sim; the other 11 axes can only be programmed digitally. However, it is possible to exclude a controller from incorporation into T.A.R.G.E.T. entirely so the controller’s axes and buttons remain present to a sim as a second controller.

Hopefully T.A.R.G.E.T. will be modified in the future to allow creation of multiple virtual controllers.

Axis swapping is the solution to a title with single controller support where the wrong physical axes are controlling aircraft input. For example, due to older DirectX coding, the precision slider of the X-52 Pro Flight or the Range rotary of the HOTAS Cougar controls the collective in the “SAR” series of helicopter sims (e.g. Vietnam MedEvac). Since the sim has no provision for changing this, maximum enjoyment of these sorts of titles rests with the programmable controller software. On-the-fly axis swapping can be useful for titles with multiple vehicle types, e.g. a title where one might want to drive a land-based vehicle using the joystick’s Y axis for braking and accelerating, but then would want the X and Y axes to control an aircraft while the throttle axis control’s the aircraft’s power setting.

Axes on individual controllers can be swapped to other axes on the same controller. This can only be done outside of a sim using the Logitech Gaming Software. On-the-fly axis swapping with the Flight System G940 is not possible, nor is swapping an axis from one controller to another (e.g. from joystick to throttle).

Unfortunately none of the X-52 Pro Flight’s true axes can be swapped. Only the up/down and left/right actions of the mini-mouse controller can be swapped.

Any axis can be swapped to any other axis at any time. Outside of a sim this can be done using the previously-shown HOTAS CougarControl Panel. It can also be done with a statement programmed in Foxy, either when the profile is loaded or on-the-fly.

Like with Foxy and the Cougar, T.A.R.G.E.T. can be used to swap any axis to any other axis at any time, either outside of a sim or on-the-fly.